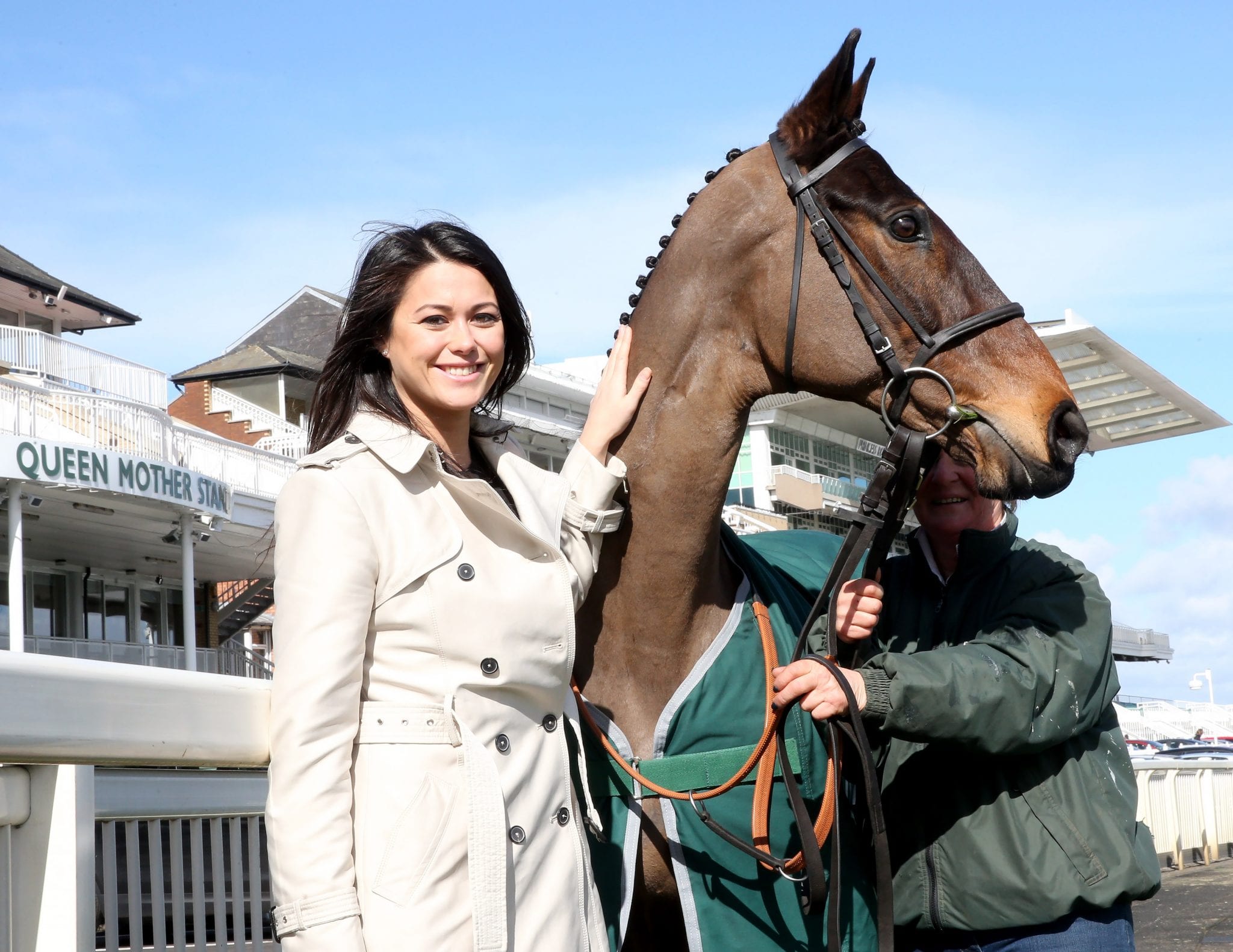 Jockey Club Racecourses North West (JCRNW) are delighted to announce the £20,000 development award for female jockeys will return for a second year, with local Olympic Gold Medallist, Sam Quek supporting the award as the JCRNW ambassador.

Last year saw the inauguration of the development award, a £20,000 prize designed to provide an opportunity for personal development and professional support for female jockeys in their racing career. Emma Sayer successfully won the award in 2016 in a nail-biting finish against Rachel Richardson, who was also in the running for the life changing prize.

This year, the unique award will be presented to a lady jockey who rides a winner at Carlisle’s #AmazingMonday fixture on Monday 7th August and then goes on to win the Betfred Ladies’ Trophy Handicap Stakes at Haydock Park on Saturday 12th August.

Emma Sayer, winner of the 2016 award, said “The development award is a great initiative put on by Jockey Club Racecourses North West. It’s fantastic to see racecourses supporting both amateur and professional jockeys. Crossing the finish line was such a surreal feeling – I’ve never saluted when passing the Winning Post before, the adrenaline I had was a moment I’ll never forget!

“It would be fabulous to see another jockey win the award as it provides invaluable support to females within the sport. For me, it has allowed me to buy a mechanical horse to prep for races, racing equipment and I am going to undertake trainer’s modules soon.”

Sam Quek MBE was part of the successful Great Britain Hockey Team who won Gold at the 2016 Rio Olympics and has been newly appointed as the JCRNW ambassador. Sam has a passion for promoting women in sport and encouraging young girls to take part in hockey and sport in general.

“It’s fantastic to be an ambassador for JCRNW and an honour to be asked to support such a great initiative. Being a sportswoman myself, I know how beneficial and unique this opportunity to a female jockey is, and, an award that could open many doors to young lady riders.

“I am really looking forward to supporting Carlisle’s #AmazingMonday this summer.”

The development award and the new female-only Ladies Trophy at Haydock are two new exciting initiatives by Jockey Club Racecourses NW to raise the profile of women in racing and which will complement the esteemed female-only raceday at Carlisle Racecourse in August.

Carlisle Racecourse hosts one of the most unique racing fixtures, the world’s only raceday exclusive for female jockeys competing for the Durdar Trophy. Now in its seventh year, this fixture has been at the forefront of promoting women in racing and the new initiatives from Jockey Club Racecourses North West will suitably compliment #AmazingMonday at the well-loved Cumbrian racecourse.

“Carlisle has been at the forefront of supporting female jockeys with its superb #AmazingMonday fixture, the only raceday in the World that has a female jockeys-only card, and we’re delighted to host one of the richest ladies races at Haydock Park with £20,000 up for grabs in the Betfred Ladies’ Trophy Handicap Stakes.

“We look forward to seeing female jockeys compete for the unique £20,000 development prize this summer and hope the award is a great step forward to supporting someone’s career in racing.”

Carlisle and Haydock’s sister course in the North West has also hosted the successful Grand Women Summit on Grand National Ladies Day at Aintree for the past three years working with Ladies Day Ambassador Katie Walsh, and have worked closely with Women in Racing during a two year partnership to support females in our sport.

Video about the 2017 £20,000 Development Award available to download here.