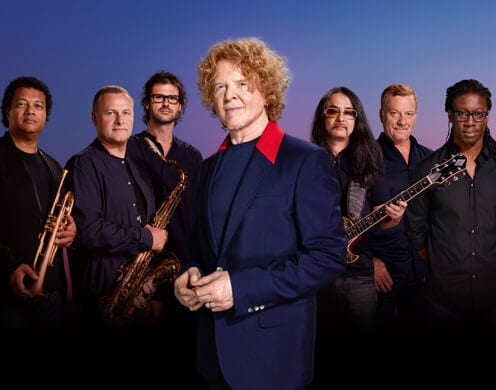 British soul and pop band Simply Red are heading to the Yorkshire seaside town of Scarborough.

Thirty years after introducing a generation to the joys of soul music through their irrepressible, irresistible rendition of the Valentine Brothers’ recession-themed classic Money’s Too Tight To Mention, Simply Red are back with a World Tour and a brand new album ‘Big Love.’

And next summer they will be playing at Scarborough Open Air Theatre on Wednesday August 10.

This will be the first time Simply Red have played at the venue and with less than 6,000 seats available at the outdoor event tickets are expected to be hugely popular when they go on sale at 9am on Friday October 23.

The band, acclaimed worldwide for hits including For Your Babies, Stars, If You Don’t Know Me By NowandFairground are also no strangers to the Yorkshire coast after filming the video for their smash hit Holding Back the Years in nearby Whitby in 1985.

Cllr Andrew Backhouse, representing Scarborough Open Air Theatre, said: “We are delighted to be working with renowned promoters Cuffe and Taylor to bring Simply Red to the Open Air Theatre next summer.

“It’s a huge result for us and comes on the back of working with the same promoters for the Sir Tom Jones concert this year.

“Life-long fans of Simply Red will remember that the video for one of their biggest ever hits, Holding Back The Years, was actually filmed just up the road in Whitby, so to know they’ll be returning to the Yorkshire coast after all these years to perform live is absolutely fantastic news.”

Scarborough Open Air Theatre is the largest open air theatre in Europe and event promoters Cuffe and Taylor are delighted to be bringing Simply Red to the unique arena. Cuffe and Taylor were responsible for the sell-out Tom Jones concert at the venue last summer.

Director Peter Taylor said: “I am thrilled we are being given the opportunity to work with Scarborough OAT again. This is a fantastic venue in a beautiful seaside town and I have no doubt the news that Simply Red will be there next summer will be greeted with a fantastic response.

“This is the first time we have worked with Simply Red so to be able to introduce them to such a unique venue and welcoming town is great.

“It is always a treat for music fans to be able to see a world-class star in an intimate setting and the people of Scarborough and beyond will get to experience an unforgettable evening of live music.”

The Scarborough concert is the first UK gig announced for Simply Red in 2016.

Tickets for the fully seated concert are priced from £37.50 and are available from Ticketmaster.co.uk on 0844 844 0444 or in person at Scarborough Open Air Theatre Box Office from 9am Friday October 23. 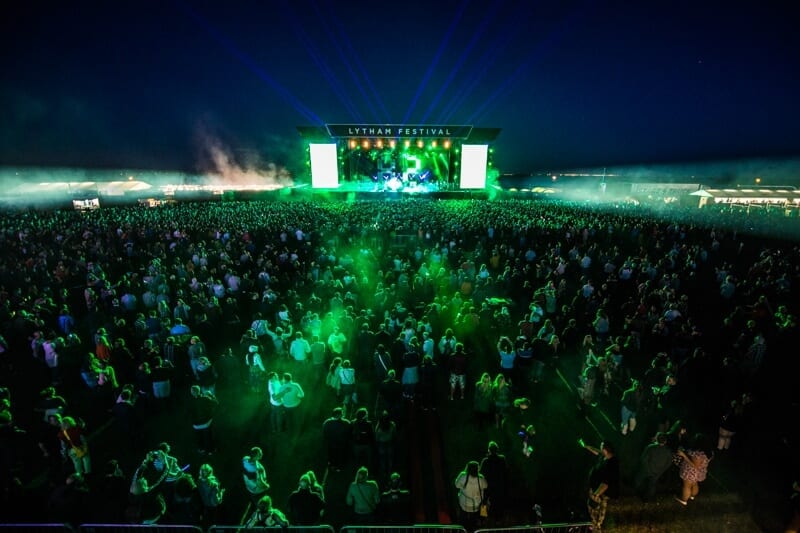 Event promoters Cuffe and Taylor have been nominated for three prestigious national awards for the hugely successful Lytham Festival.

The UK Festival Awards 2015 has announced its nominations for this year’s awards and Lytham Festival is in the running for Best Medium Sized Festival, Best Family Festival and Best Toilets.

Voting is now open online to the public with the winners being revealed at a glittering awards ceremony in London at the end of November.

You can vote for Lytham Festival here: http://www.festivalawards.com/vote-now/

Director of Cuffe and Taylor Peter Taylor said: “We are thrilled to have been nominated and in three such fantastic categories.

“We took a huge leap of faith with Lytham Festival this year making it so much bigger than it has ever been before and it was a massive success. This would not have happened without the dedicated team we have behind us and this nomination is recognition for everyone who was involved in Lytham Festival this year from the great team at Cuffe and Taylor to the army of volunteers who do so much to help us at our events.

“It is so important in this industry to do something that makes you get noticed. Clearly people are sitting up and taking notice of Lytham and Cuffe and Taylor and we hope that success continues to grow, and of course we will look forward to the UK Festival Awards 2015.”

Peter and fellow director Daniel Cuffe did scoop Regional Promoter of the Year Award at the Live Music Business Awards in 2014.

And this latest nomination comes just days after they announced they are promoting Rod Stewart’s eight date UK Hits Tour 2016.

Peter added: “The last few weeks have been busy to say the least as we have all been getting ready to announce Rod Stewart’s stadium tour for next year. This was our first announcement for 2016 and we will be making many more over the next few months.

“Last year around 150,000 people were entertained at Cuffe and Taylor events across the UK. In 2016 we are looking forward to welcoming many, many more.”

Cuffe and Taylor is a North West based music promoter, creating breathtaking shows across the UK. Established for more than 5 years, they have worked with artists including Neil Diamond, Rod Stewart, Tom Jones, Billy Ocean, McBusted, Collabro and Russell Watson. Consistently delivering exceptional experiences for hundreds of thousands of people every year, while contributing strongly to the local economy.