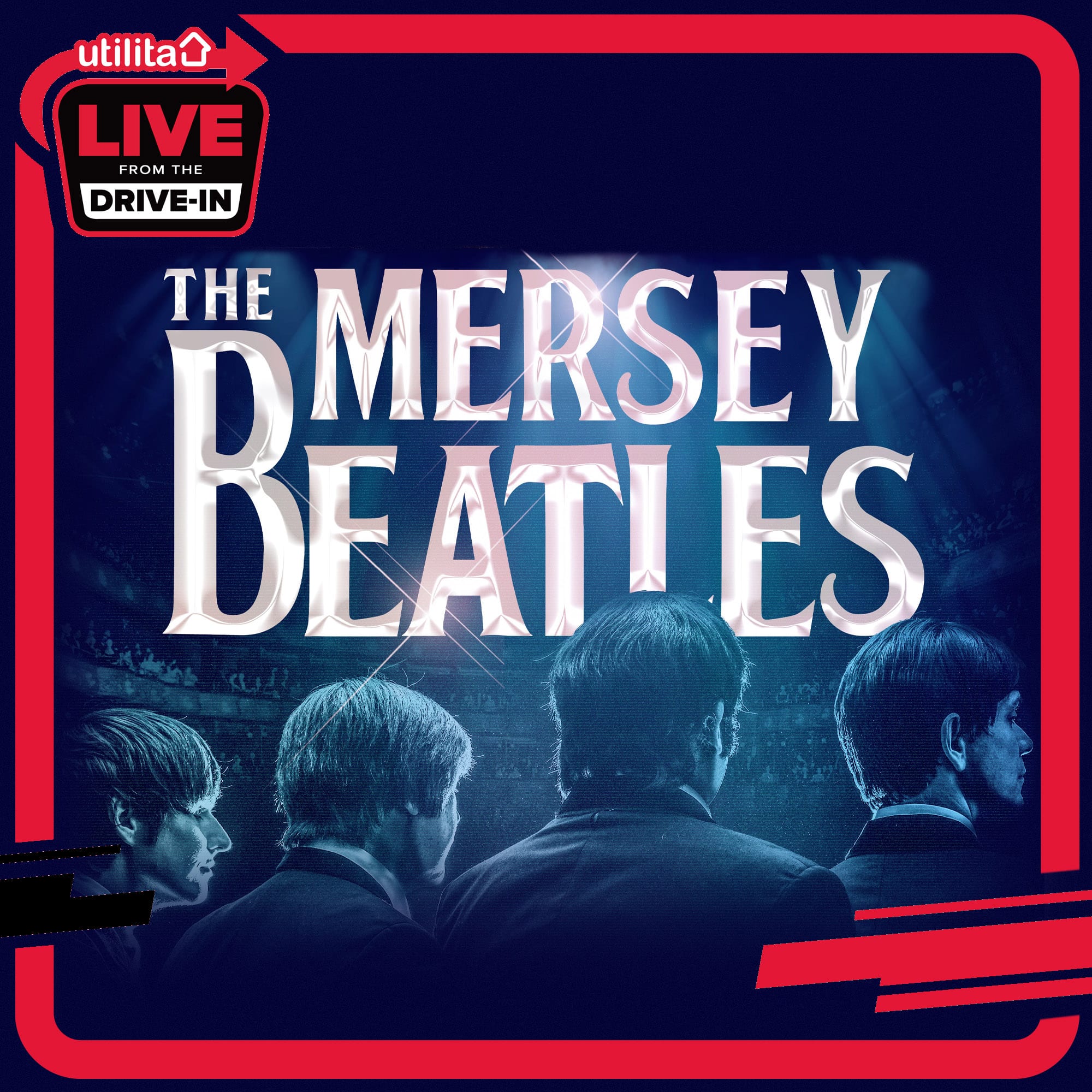 THE MERSEY BEATLES JOIN ‘UTILITA LIVE FROM THE DRIVE-IN’ SERIES

The legendary music of The Beatles will be celebrated in the band’s home city with a major open-air concert on the banks of the River Mersey.

It is today confirmed world renowned Liverpool-born tribute band The Mersey Beatles will play a special drive-in show at Liverpool’s Central Docks as part of Live Nation’s Utilita Live From The Drive-In series.

And this unmissable concert – on Sunday July 26 – is set to be this summer’s biggest live music tribute to the Fab Four in the UK.
Tickets go on sale on Monday June 29 at 10am via www.livenation.co.uk

Live Nation, the world’s leading live entertainment company, is reimagining the live music experience during a time of social distancing by allowing fans to enjoy concerts in a one-of-a-kind drive-in setting. 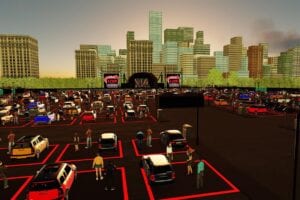 Designed to comply with all official guidelines, Utilita Live From The Drive-In will see some of the biggest names in UK music perform live on stage backed by a full concert production. Audiences at 12 sites across the UK will enjoy shows from the comfort of their own private viewing zones next to their cars – with each zone appropriately distanced from one another.

And music fans are in for a hit-packed treat as The Mersey Beatles bring their famed live show – which takes audiences on a magical trip through the iconic music of the greatest band of all time – to the Mersey’s world-famous docklands on July 26 (21:00 BST). 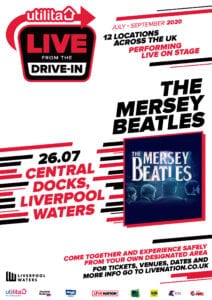 Since leaving The Cavern, the band has toured the world many times over – winning legions of fans for their faithful recreation of The Beatles’ unmistakable Liverpool-born sound.

Steven said: “We cannot wait for July 26 – it’s going to be an incredibly special night on the banks of the River Mersey here in our home city.

“Like all bands we saw all our touring plans for 2020 – which included shows across Europe, America and Australia – halted by the Covid-19 pandemic. ‘Utilita Live From The Drive In’ is a brilliant concept by Live Nation and we are thrilled to be part of it.

“It’s going to be so great to get out there on a stage again and play for an audience. This show is going to be a hit-packed celebration of the greatest band of all-time – and played where it all began right here in Liverpool. It’s going to be amazing!”

For more information about Utilita Live From The Drive-In, including performance schedules, locations and full terms and conditions, go to  www.LiveNation.co.uk/utilitalivefromthedrivein 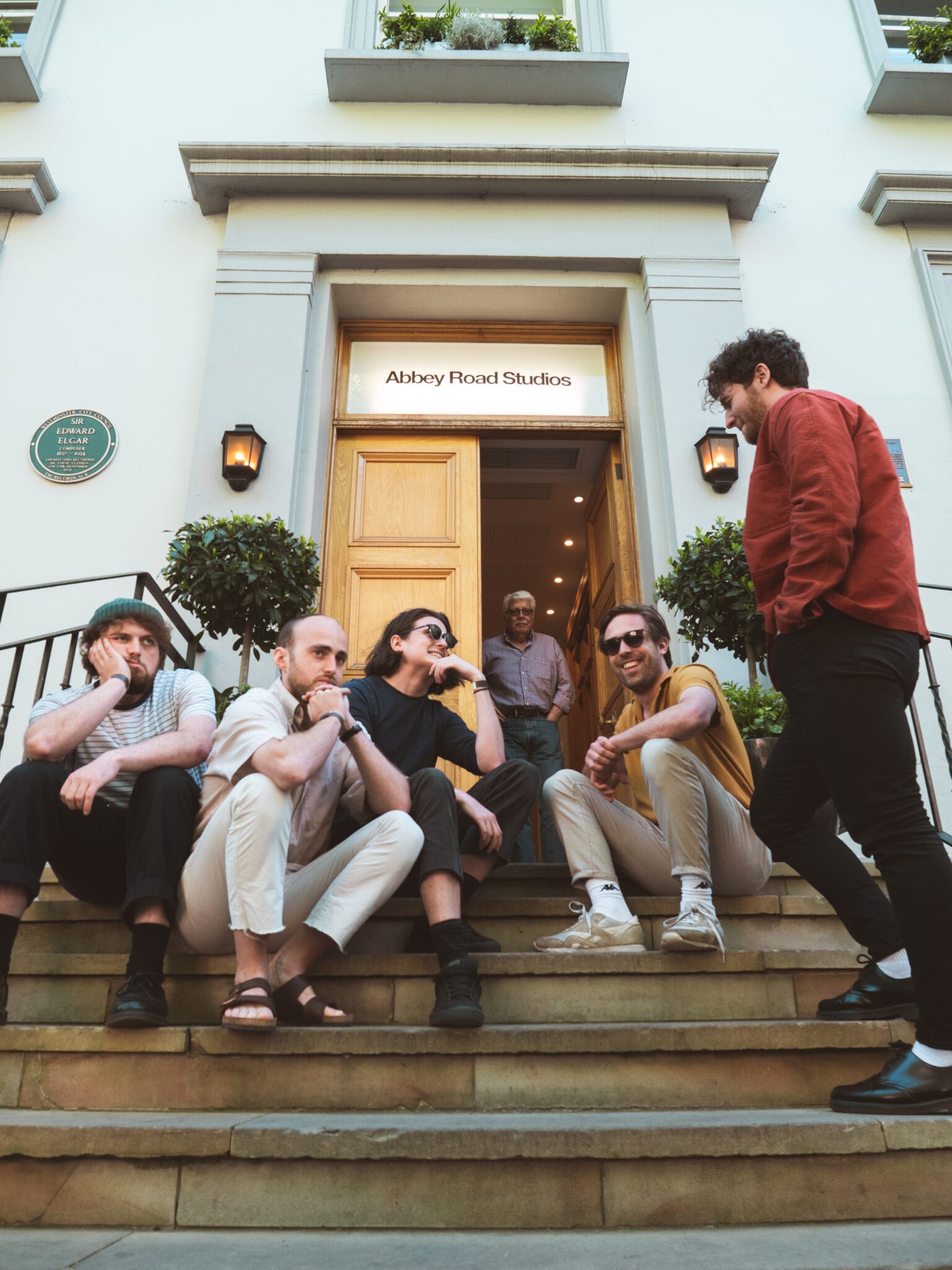 Groove pop band Heir have followed in the footsteps of their music heroes – all the way to Abbey Road!

The Leeds-based five-piece – whose reputation and fanbase is growing across the UK – debut their eagerly-awaited new single Fear of Falling on Thursday June 18th.

The brilliant slice of throwback pop was not only recorded at London’s legendary Abbey Road Studios but was produced by the great Ken Scott who has famously worked with such icons as The Beatles, David Bowie, Pink Floyd and Elton John.

The magical experience at Abbey Road was new territory for Heir whose previous singles were all recorded in the far more humble surroundings of their home studio.

Heir Frontman Tom Hammond said: “It’s just mad to think our new single was recorded at Abbey Road and produced by Ken Scott who is just a legend.

“It’s certainly a long way from recording at home with up-turned mattresses for vocal booths and keeping your fingers crossed that delivery drivers or door-to-door salesmen do not disturb you!

“For any musician, to walk into this hallowed studio, the place where so many famous artists have recorded – where The Beatles created Sgt Pepper – is a moment you don’t really even dare dream about because it feels so intangible. We struggle to say that we were allowed in there without smirking – it’s crazy really!”

Fear of Falling is the lead single from the band’s new two-song release Heir at Abbey Road which also includes the heartfelt and beautiful track Victoria Falls. 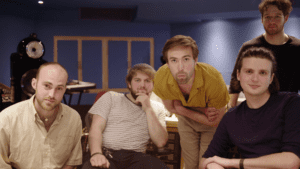 The amazing opportunity to record at Abbey Road came about when multi-Grammy Award nominee Ken was on the lookout for a band to work with as part of his role as visiting professor at Leeds Beckett University.

Ste Fisher (guitar) – who first met at the city’s College of Music and now have a burgeoning reputation as purveyors of uplifting and infectious pop.

“We worked with Ken for a few days in Leeds and got on very well,” Tom added. “He then kindly asked us to join him for a project at Abbey Road. We, of course, said yes instantly and we recorded there in Studio 3 for two days.

“It was an experience that’s difficult to relay in a way that does it justice. Each of the boys have strong emotional connections to records that were made there and to be trusted by the man who brought them to life to do the same with our songs is something we will be forever grateful for.

“We’ve never been in a proper studio before and then here we are at the studios where some of the most famous and ground-breaking music was created.

“We learned so much from working with Ken. He gave us the confidence to just go for it and I think that comes across in the songs we recorded.” 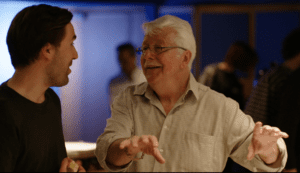 Ken, who worked on no fewer than eight albums with The Beatles at Abbey Road as well as Bowie’s iconic The Rise and Fall of Ziggy Stardust and the Spiders from Mars, said: “I have to feel that thing a fan would feel for the bands that I work with. For me that’s Heir at the moment.”

Heir had been due to follow their EP release with sold out live dates in London, Manchester and Newcastle before the Covid-19 pandemic struck.

The band, who have opened for the likes of Honne, Olly Murs and Lawson as well as playing Leeds and Reading Festivals, have had previous releases featured on BBC 6 Music and are a name on the tip of the tongue of the team at BBC Introducing. They are currently working on new material which they will be releasing very soon.

Heir at Abbey Road is available to download and stream via all major music platforms from June 18th. 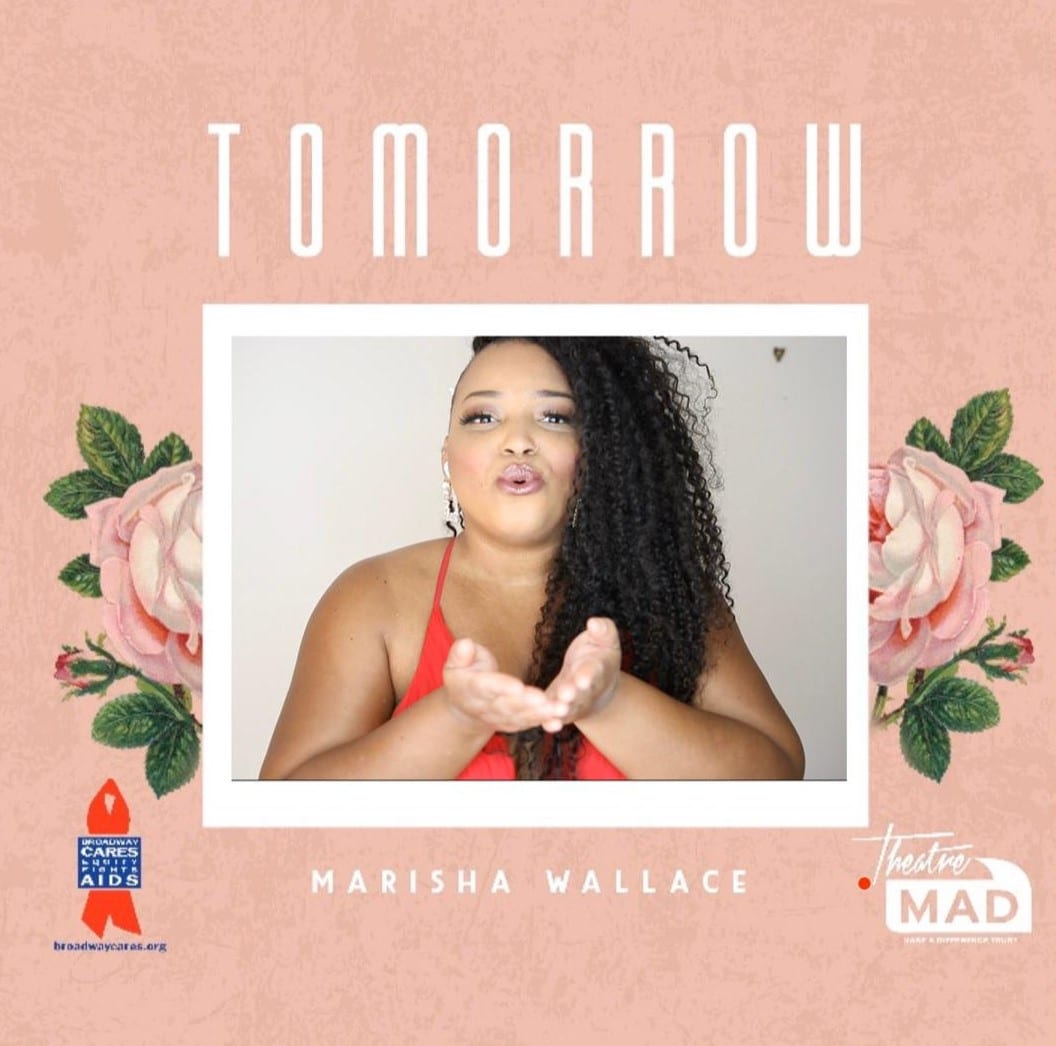 West End and Broadway star Marisha Wallace (Dreamgirls, Waitress, Aladdin) has released a glorious and soulful cover of the timeless ‘Tomorrow’ from the musical Annie in aid of the vital work of Broadway Cares and MAD Trust.

100% of the funds raised from the purchase and streaming of the new single will be donated to both organisations to help theatre professionals in the US and UK who have been left out of work due to the COVID-19 pandemic.

This is the first time Broadway Cares and MAD (Make A Difference) Trust has ever partnered together to receive a joint donation.

“Tomorrow is a song I’d listen to when I needed some positivity to get me through the tough times –  and boy, do we need that now more than ever,” says Marisha from her apartment in London where she has been quarantining since March.

The track was self-recorded entirely from her apartment and then shipped over to and produced by music producer, Steve Anderson (Kylie Minogue, Britney Spears).

Marisha added: “I wanted to give this song new life. I recorded it in my living room and cried between takes. It was healing me, and I wanted it to heal others.

“So, I called my friends and all the fans to stand with me. When we sing the lyrics of ‘Tomorrow’ we stand in solidarity that together we will get through this dark time for our community. The world may feel darker than ever but one thing I do know – the sun will come out tomorrow.”

You can stream/purchase the song here: https://lnk.to/1Y4QrjS0

Donate to Broadway Cares at www.broadwaycares.org/help2020

Donate to MAD Trust by texting 70111 to donate €5 in the UK or www.madtrust.org.uk/covid