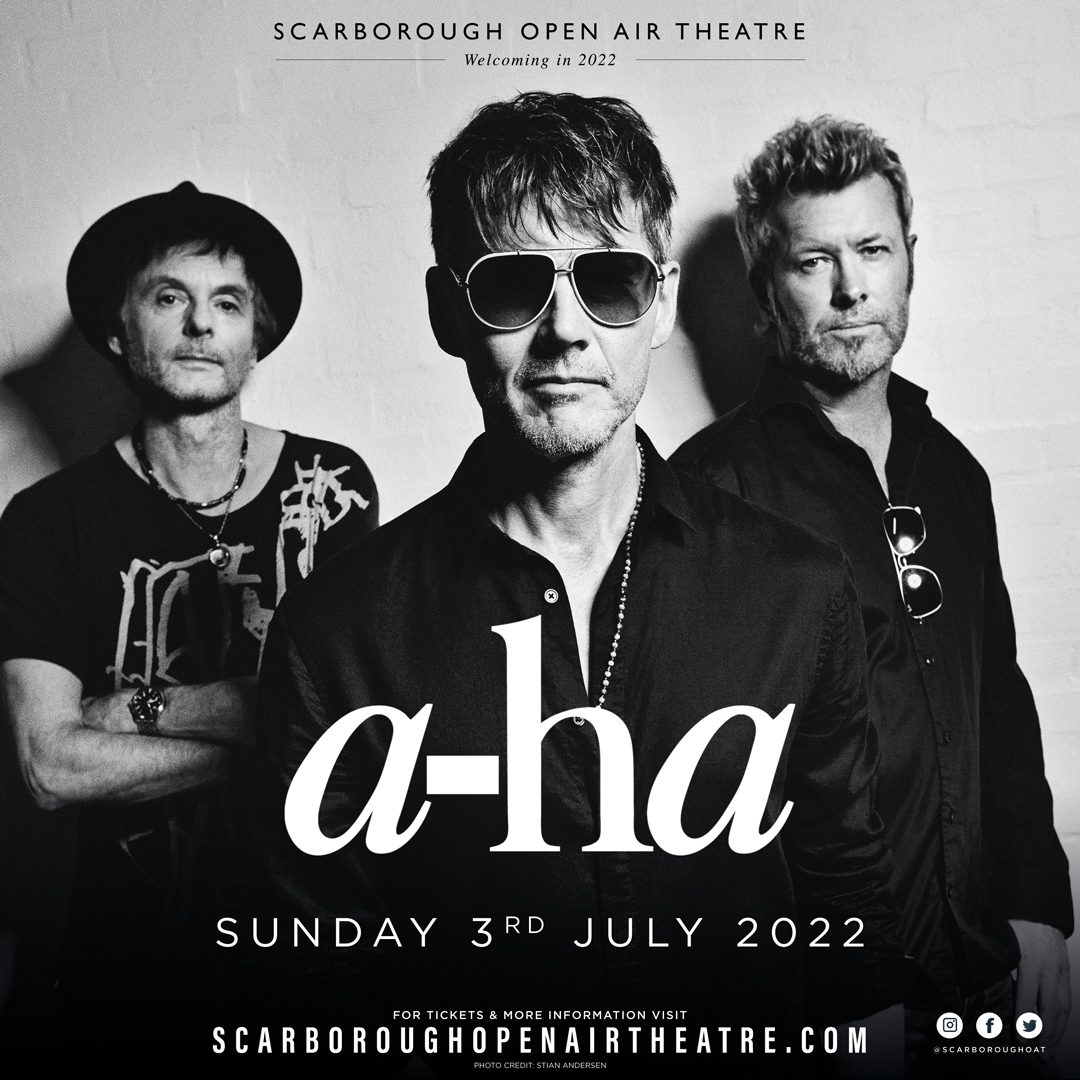 Global pop legends a-ha are bringing their 2022 World Tour to the Yorkshire coast this summer.

Almost 40 years after their breakthrough, the synth pop pioneers are still creating magic on stages across the globe with their timeless music.

And the multi-Platinum selling Norwegian trio are now bringing their World Tour – which sees them play huge shows in South America, Europe and USA, including a date at the iconic Hollywood Bowl – to Scarborough Open Air Theatre on Sunday July 3.

Tickets go on sale at 9am on Friday March 25 via scarboroughopenairtheatre.com

Widely regarded as true visionaries of both music and video technology, a-ha – who are vocalist Morten Harket, guitarist Pal Waaktaar-Savoy and keyboardist Magne Furuholmen – burst onto the global stage in 1985.

Their debut album Hunting High and Low, which featured the Number 1 hits Take on Me and The Sun Always Shines On TV, is widely regarded as one of the most important releases of the 1980s.

a-ha have gone on to release 10 studio and two live albums plus their highly acclaimed MTV Unplugged album. Take On Me, which has now been viewed 1.4 billion times on Youtube, has been repeatedly voted in MTV fans’ ‘Top 10 Best Music Videos’ of all time.

a-ha The Documentary, a film which follows the band over a period of four years, will be released in UK cinemas on May 27 to coincide with their series of UK arena shows.

The film charts the band’s rise to the zenith of their popularity and portrays the challenging creative and personal dynamics of a group of three strong individuals who achieved their dreams.

After their world tour, a-ha are not taking any time out. In October, True North is released. a-ha’s first collection of new songs since 2015’s I is more than a straightforward album – it’s unique for a-ha.

True North is a new album, but it is also a film capturing a-ha while recording the songs over two early November 2021 days in Bodø, the Norwegian city located 25km inside the Arctic Circle. It has been completed with the Norwegian Arctic Philharmonic.

Venue programmer and promoter Peter Taylor, of Cuffe and Taylor, said: “a-ha are true pop pioneers, visionaries and one of the most loved bands of the last 40 years.

“Their 2022 tour sees them headline many huge venues, including the Hollywood Bowl, so we are delighted to be bringing them to the UK’s very own iconic open-air arena – right here on the beautiful Yorkshire coast.”