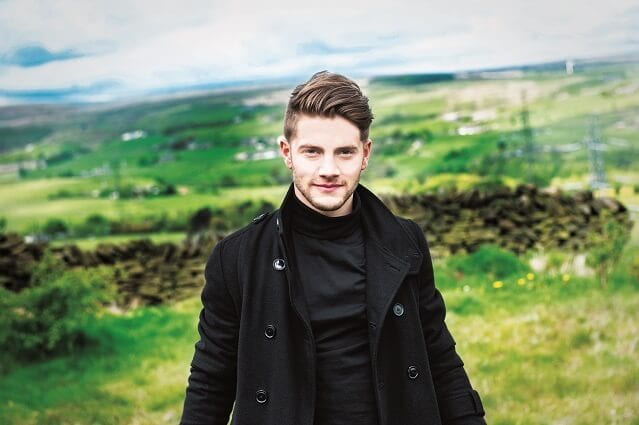 The concert on July 28 is part of the three-day Concerts by the Lake festival which also includes performances by Wet Wet Wet and the Hallé orchestra.

This latest announcement coincides with AJ joining Burt Bacharach’s four date tour and the release his new EP In The Moment: Live on June 20. He recorded the EP in front of a live audience in his hometown of Halifax following a 30-date sell-out UK tour with Collabro earlier this year.

AJ is no stranger to working with Sir Tom having supported him on his seven date tour in 2015, and he couldn’t be more excited to be working with him once again.

Speaking about supporting Sir Tom, AJ said: ”I’m thrilled to be working with Sir Tom again, he is a true legend in the music industry and I really enjoyed supporting him on his tour last year.

”Being asked to do it all over again is like a dream come true and I’m really looking forward to heading to Tatton and being a part of what is sure to be a really amazing night.

”I mean, who wouldn’t want to perform with Sir Tom Jones.”

Performing extensively in the UK, Ireland, Europe and Scandanavia, AJ’s music is influenced by the likes of Disclosure, Michael Buble and Lionel Richie, but all with his own unique twist.

Tatton Park Concerts by the Lake organisers and AJ’s management Cuffe & Taylor are delighted to be adding him to the line-up.

Director Peter Taylor said: ”AJ is an incredibly talented young man with a bright future ahead of him so he was the perfect choice to join Sir Tom at Tatton.

”His music is really something that has got to be heard to be truly appreciated, whether he is performing classics or his own material, his soulful and smooth voice is really special.

”We’re really looking forward to welcoming him to Tatton along with the other concerts we have in store for people – these are three nights you don’t want to miss.”

Together with Sir Tom’s performance on July 28, Wet Wet Wet will perform on Friday July 29, while the Halléperform on Saturday July 30.

For further information and to ensure you secure your ticket go to www.ticketline.co.uk or call 0844 888 9991.