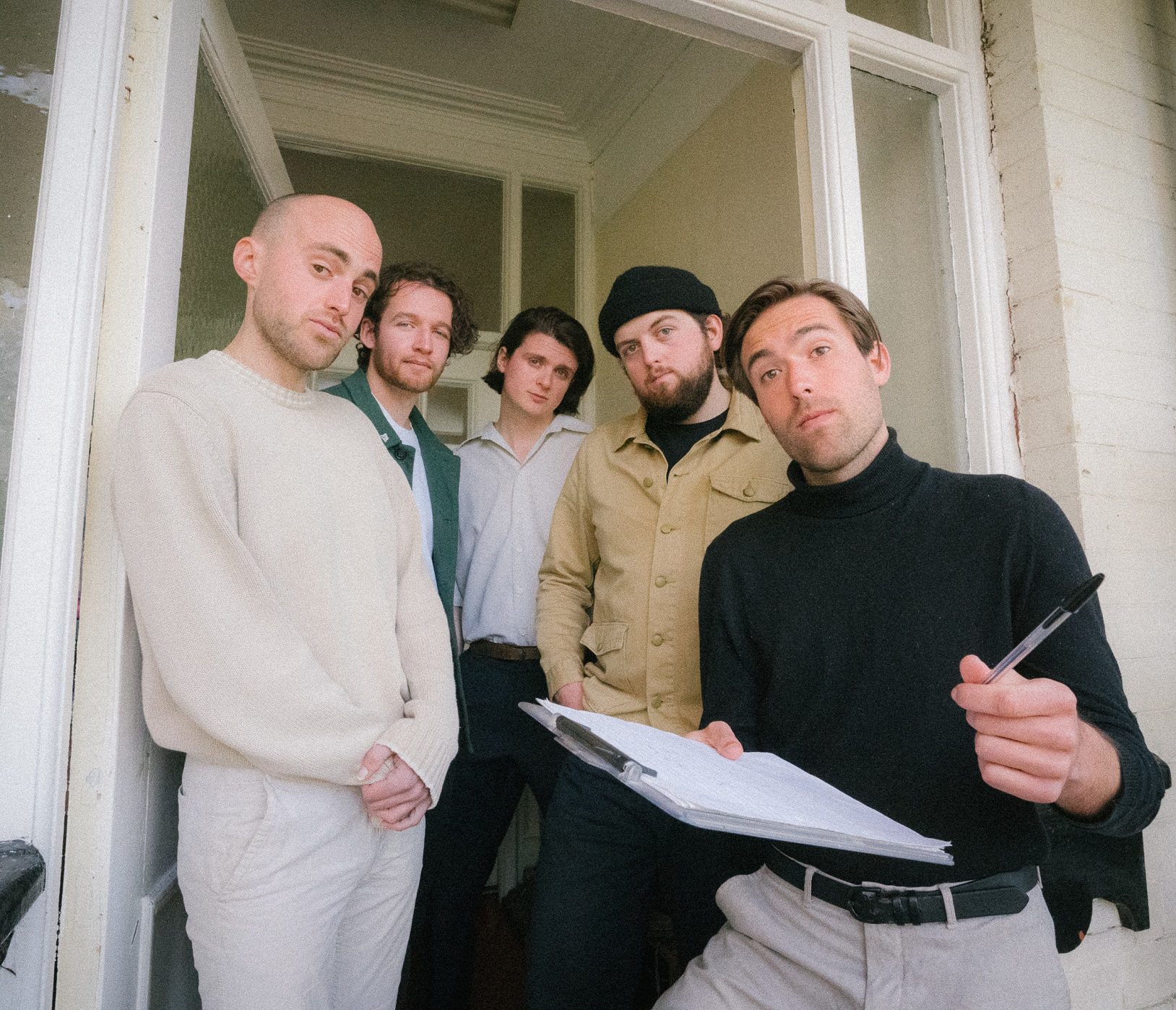 Your favourite 21st century yacht-rockers HEIR are back with fuzzy-guitar riffs, glossy vocal harmonies and a refreshed sense of identity.

It is thanks to the Leeds quintet’s keen songwriting sensibility and infectious live energy that their journey pre-pandemic took them to Abbey Road studios with producer Ken Scott (The Beatles, David Bowie, Elton John), sold out shows at Camden Assembly (London) and Yes (Manchester) and more than a million streams of their tunes.

Now with a year and a half of reflective hibernation, lots of recording, ventures into other projects and distance from social media, Heir return feeling reinvigorated and raring to go.

And new single ‘Spare Room’ is released to the world on Wednesday October 13. Check out the video HERE

“I think we’ve used the time to be a lot more honest with ourselves about the kind of music we want to write,” said keyboardist Sam Perry.

“We’ve always admired the artists who manage to throw a party just by sounding like a band in a room – Prince, Fleetwood Mac, WHAM!, Steely Dan. We love this crossover world of 70s/80s pop songwriting that’s rooted in acoustic sounds but given a glamorous and mysterious quality by the guitar and synth work”.

Spare Room is plucked from the back catalogue of the Heir songbook, written by Sam, Tom Hammond (vocals/guitar) and Ste Fisher (guitar) during a period where the trio shared a house together.

Sam explained: “We’d reached the final day of a writing retreat in Northumberland, having exhausted all the deep and emotional ideas. Ste had been keeping us in the loop all week with the messages of both promise and disappointment that he’d been receiving to his Spare Room account from potential new housemates.

“He suggested we make a musical advert. Maybe we weren’t out of deep and emotional content after all and we were actually just mourning all the ones that got away!.”

As well as subconscious therapy via advert writing the song also proved to be a creative launchpad for the band mid-lockdown, helping the group find purpose and focus amidst the absence of live music.

“We were a little stunned, wondering how we were going to stay afloat as a band without gigging.” Tom said. “The video for Spare Room was sitting in the archives and, after re-watching it, it struck us how simple and true it felt.

“It became the blueprint for how we wanted to present ourselves and inspired us to produce a batch of some newly written songs, focusing on this ethos of squeezing more out of less and tapping back into the band in the room side to our sound that perhaps we’d lost touch with a little.”

Heir have recently come off another summer writing trip and boast of finding their truest sound yet – imagine someone gave Eagles synthesisers and Whitney Houston T-shirts and said throw us an all-night party!

The comeback starts however with the song that reminded the boys that before anything else they are five friends with five instruments who love playing songs together. As for the original spare room, both that room and a second room were filled and to this day Coral and Jen remain very good friends of all members of the band.

To celebrate the release of their new single Heir will be heading out on a mini-tour, performing in secret, quirky spaces around the UK.

Tickets and venue information available at www.heirtheband.com from Friday October 15