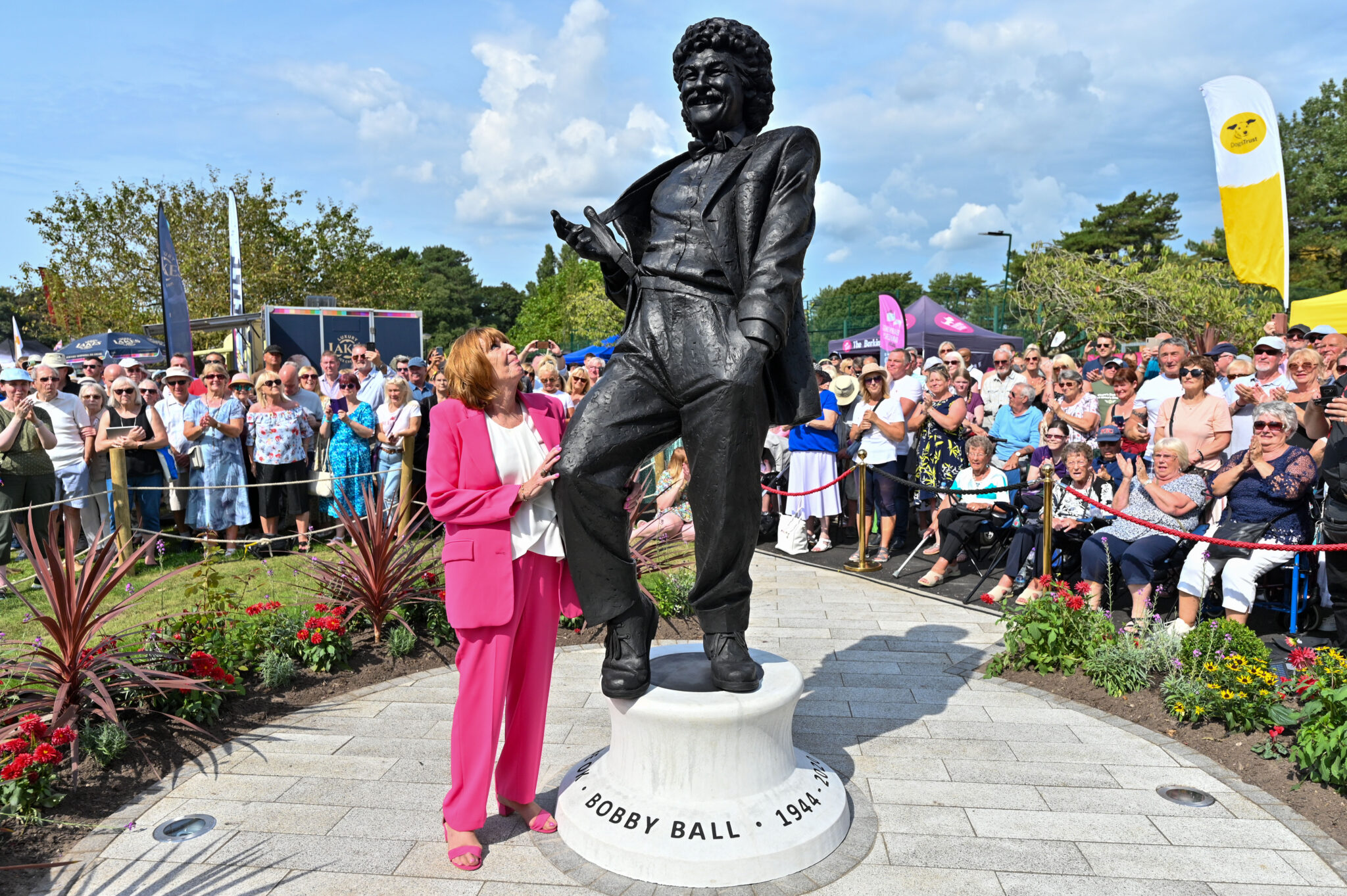 Family, friends, celebrities and fans gathered to witness the unveiling of a statue celebrating the life and legacy of comedy legend Bobby Ball.

Ahead of the unveiling Tommy and comedian Lee Mack both spoke to the crowd about Bobby while Bobby’s church minister Ray Bevan formally dedicated the statue.

Speaking to the crowd, Tommy said: “I love Bobby, God bless him.

“I love him today, I love him tomorrow I’ll always love him. Fifty-eight years we were together, it’s been one hell of a ride.” 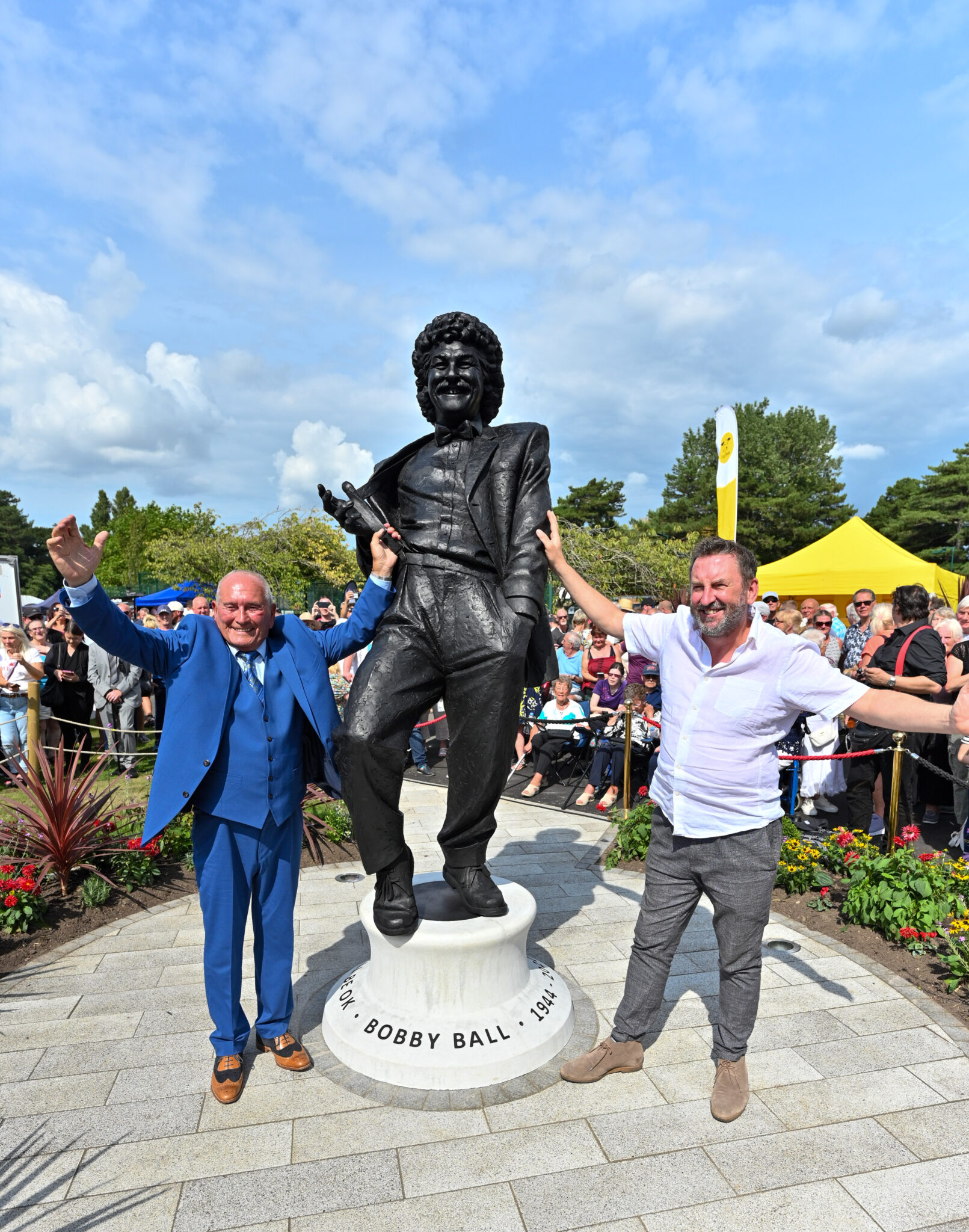 Lee, who worked alongside Bobby on TV show Not Going Out for 12 years, added: “He was a little guy but he had a big personality, a large amount of mischief and a huge, huge heart.

“Bobby really was a one-off. I love him truly and I will miss him terribly.”

Fans of the late comedian called for a statue in Bobby’s honour following his death in October 2020 and a huge fundraising appeal was launched to meet the £100k cost.

And Bobby’s widow Yvonne said Bobby would be overwhelmed to know there is a statue in his memory.

Yvonne said: “I am honoured to have a statue of Bobby in the town we called home, our family is, and I know above all else, Bobby would be absolutely delighted.

“This has been a wonderful event made very special with the help of Tommy and Lee, and of course all our family and friends. The number of people that have come out to see the statue is fantastic and we cannot thank them enough for their never-ending support.

“To know that Bobby will forever have a home in Lowther Gardens is very special and we all hope many, many people over the years enjoy coming along to say ‘hello’ to our Bob.”

Also performing at the statue unveiling was the NHS Choir and sculptor Ben Twiston-Davies explained the work involved to create the lifelike memorial.

The bronze statue stands 7ft in height upon a 2ft concrete base and weighs approximately 300kgYvonne added:“With the statue Ben has captured the Bobby known to the nation. His cheeky smile, that glint in his eye and of course, his braces. We are all delighted.”