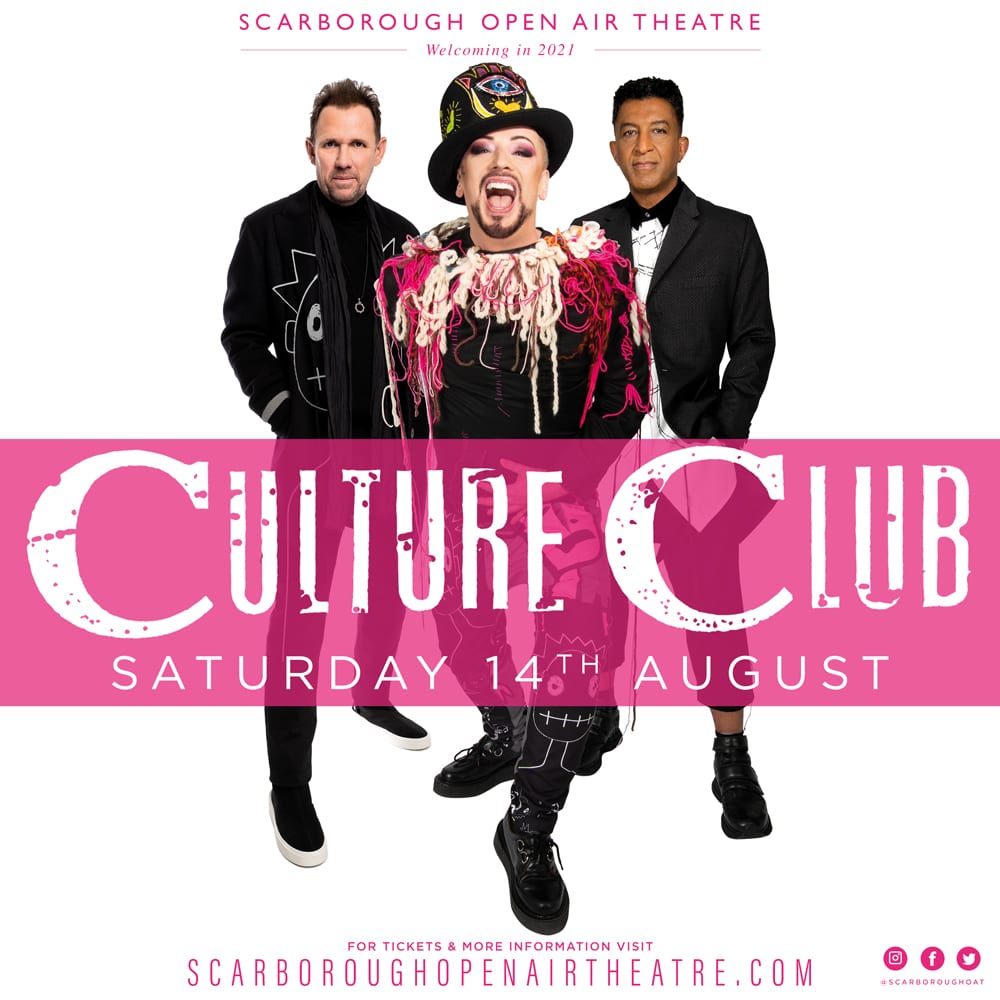 Tickets go on sale via scarboroughopenairtheatre.com on Friday May 21 at 9am.

Boy George, together with his chart-topping band, are rightly recognised as one of the first true, unapologetic innovators in the music and fashion world and irrevocably, of our time.

Since their inception in 1981, Culture Club have sold more than 150 million records worldwide and are recognised as a true Grammy Award winning UK institution.

Their stream of classic hits includes ‘Do You Really Want to Hurt Me’, ‘Karma Chameleon’, ‘Church Of The Poison Mind’, ‘Victims’, ‘It’s A Miracle’ and ‘The War Song’.

In 1984, the band picked up the Grammy Award for Best New Artists, and the awards for Best British Group and Best British Single at the BRIT Awards.

They became the first group since The Beatles to have three Top 10 hits in America from a debut album. The New Romantic pop sensations went on to achieve seven UK Top 10 singles, nine Top 10 singles in the USA, and nine Top 20 singles in Australia.

And they are as relevant and important today as they have ever been.

Their 2021 line-up – which sees Boy George perform alongside original Culture Club members Roy Hay and Mikey Craig in a stunning live band – continue to sell-out headline shows and tours around the world.

Culture Club join a stunning summer line-up at Scarborough Open Air Theatre which includes headline shows from the likes of Stereophonics, Duran Duran, Anne Marie, Snow Patrol, Olly Murs and Kaiser Chiefs along with many more at the 8,000-capacity arena.

Scarborough OAT venue programmer Peter Taylor said: “I’ve wanted to bring Boy George and Culture Club to Scarborough OAT for some time so I’m delighted we have been able to make this happen for this summer.

“George remains one of the most colourful and iconic pop stars in British history, a true music star around the world. Culture Club’s live shows are a true spectacle, and this is going to be a really special night.”

For tickets and full information about this year’s line-up at Scarborough OAT go to www.scarboroughopenairtheatre.com