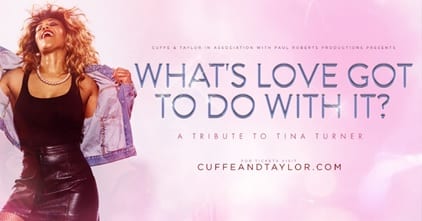 A brand new show celebrating the music of Tina Turner is set to tour the UK with more than 50 dates already secured.

The massive debut tour of What’s Love Got To Do With It? launches in February 2019 promising to be the ultimate tribute show.

The tour opens at the Hazlitt Theatre in Maidstone on Wednesday February 13, and visits towns and cities including Liverpool, Portsmouth, Sheffield, Nottingham, Weymouth, Sunderland, Cardiff, Manchester, Bath, Margate and many more, running into 2020.

Tickets on sale now from www.cuffeandtaylor.com

Brought to you by the award-winning producers behind the hugely successful Whitney – Queen Of The Night, What’s Love Got To Do With It?  pays homage to one of the most iconic and much loved musical artists of the 20th Century.

Speaking about playing Tina Turner, Elesha said: “I am absolutely thrilled to be touring the UK with What’s Love Got To Do With It? This is going to be a magnificent show and one that truly celebrates the incredible music and career of Tina Turner.

“Tina is a great persona to emulate on stage. I have performed as her many times over the years so to now be the lead in a show that will travel all over the UK and celebrate everything about her is an amazing opportunity and one I’m really looking forward to.”

In a breath-taking career spanning more than 50 years, audiences can look forward to hearing stunning musical arrangements of Tina’s most-loved classic hits including Private Dancer, What’s Love Got To Do With It?, Proud Mary, River Deep, Nutbush City Limits, Simply The Best and many more. This not-to-be missed musical experience is a stunning celebration of one of the greatest female singers of our time.