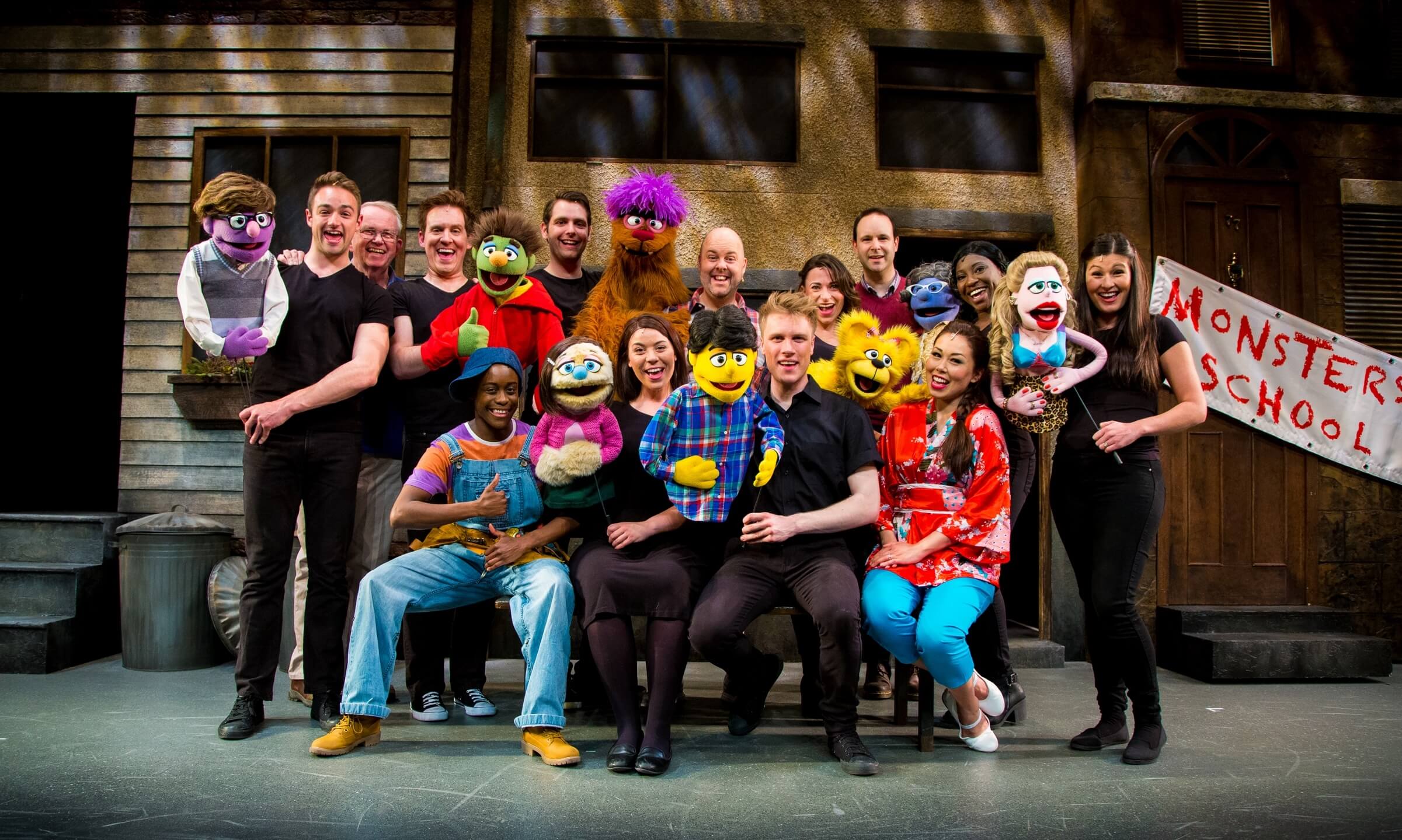 Tony Award-winning comedy musical Avenue Q is the latest show to be announced at Blackpool Winter Gardens’ Opera House for 2016.

The smash hit Broadway and West End musical will bring a host of fuzzy friends to the Opera House from Monday 6 to Saturday 11 June as part of a nationwide tour.

Featuring the naughtiest puppets in town, brought hilariously to life by an ensemble cast of 11 performers, Avenue Q is a Tony Award-winning musical about growing up, dreaming big, and finding your purpose in life.

Avenue Q is the latest smash hit to be announced for Blackpool Opera House next year with other productions including JOSEPH AND THE AMAZING TECHNICOLOR DREAMCOAT, Blood Brothers, The Sound of Music, Dirty Dancing, Save The Last Dance For Me and Great Expectations.

A spokesperson for the Winter Gardens said: “We are thrilled to be welcoming Avenue Q to the Blackpool Opera House. This is an hilarious show and one that we know will delight our audiences.

“Our calendar of events for 2016 is looking absolutely fantastic and really does offer something for everyone. We want to ensure that all shows at the Winter Gardens appeal to as wide a market as possible and with so much variety on offer that is exactly what 2016 will do.”

Avenue Q first opened Off-Broadway at the Vineyard Theatre in 2003, before transferring to Broadway later that year where it won three Tony Awards for Best Musical, Best Score and Best Book. In 2006 it transferred to the West End produced by Cameron Mackintosh, where it ran for five years before touring the UK. It has appeared in more than ten countries all over the world.

Meet Princeton, a bright-eyed graduate who comes to New York City with big dreams and a tiny bank account. Soon discovering that the only neighbourhood in his price range is Avenue Q, he finds himself moving in with some truly quirky characters. There’s Brian the out-of-work comedian and his therapist fiancée Christmas Eve; Nicky the good-hearted slacker and his closet gay Republican roommate Rod, an Internet ‘sexpert’ called Trekkie Monster and a very cute kindergarten teacher named Kate Monster. And would you believe the building’s superintendent is Gary Coleman?! Featuring hysterically funny songs including The Internet is for Porn and Everyone’s A Little Bit Racist, Avenue Q is a hilarious musical with a warm (and very fuzzy) heart.

Avenue Q will run at Blackpool Opera House from Monday 6 until Saturday 11 June.