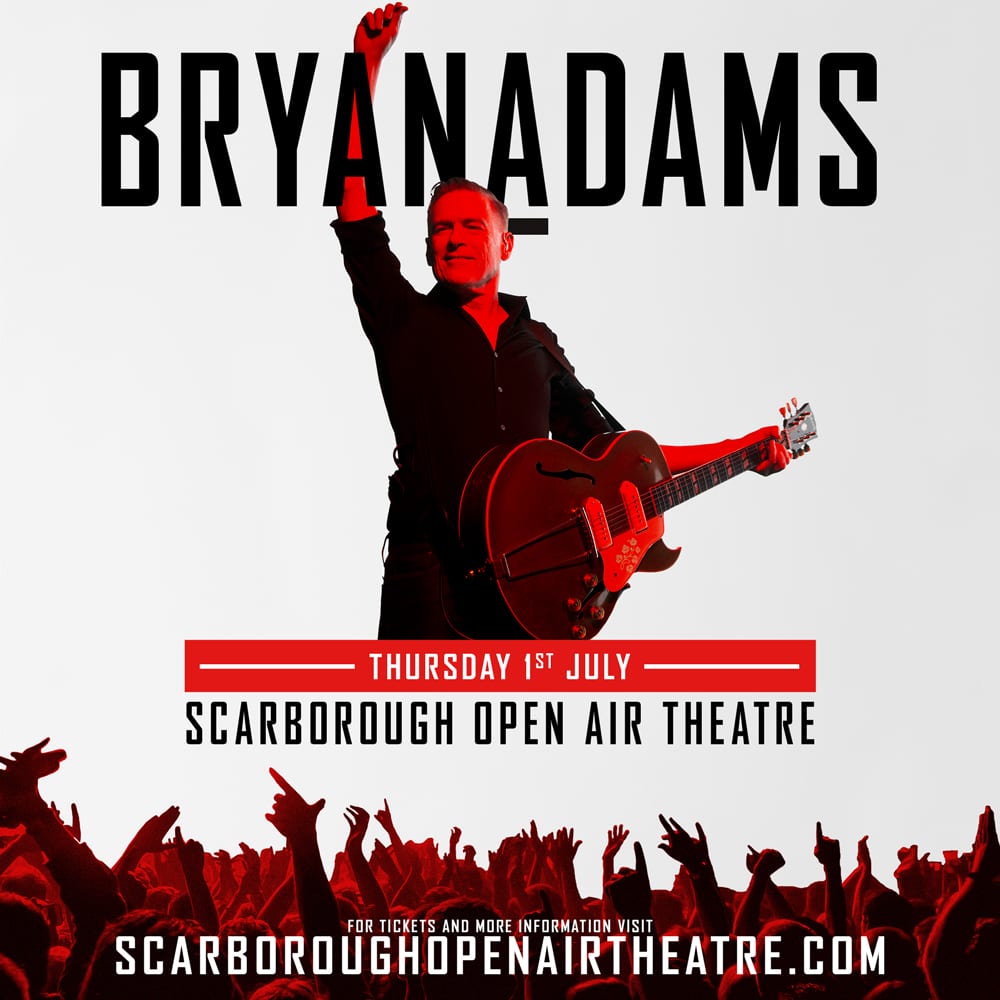 Multi-million selling recording artist Bryan Adams is coming to the Yorkshire coast next summer as part of a spectacular open-air tour set in the grounds of some of the UK’s most beautiful venues.

This must-see tour – set against a series of stunning, picturesque backdrops – heads to Scarborough Open Air Theatre on Thursday July 1.

Tickets go on general sale at 9am on Friday December 11 via ticketmaster.co.uk and scarboroughopenairtheatre.com

The full dates for the 2021 Outdoor UK Tour are:

This will be Bryan Adams’ second appearance at Scarborough Open Air Theatre following his sell-out headline show at the venue – the UK’s premier open-air arena – in 2016.

He joins the likes of The Beach Boys, Lionel Richie, Duran Duran, Crowded House, Westlife, Lewis Capaldi and Nile Rodgers and CHIC among next summer’s Scarborough OAT headliners – with more artists still to be announced.

Scarborough OAT programmer Peter Taylor said: “Bryan Adams is one of the world’s best-selling artists and an international music legend – we are beyond thrilled he is returning to Scarborough Open Air Theatre next summer.

“Bryan joins an incredible line-up of headliners for 2021 – and we cannot wait for the season to start!”