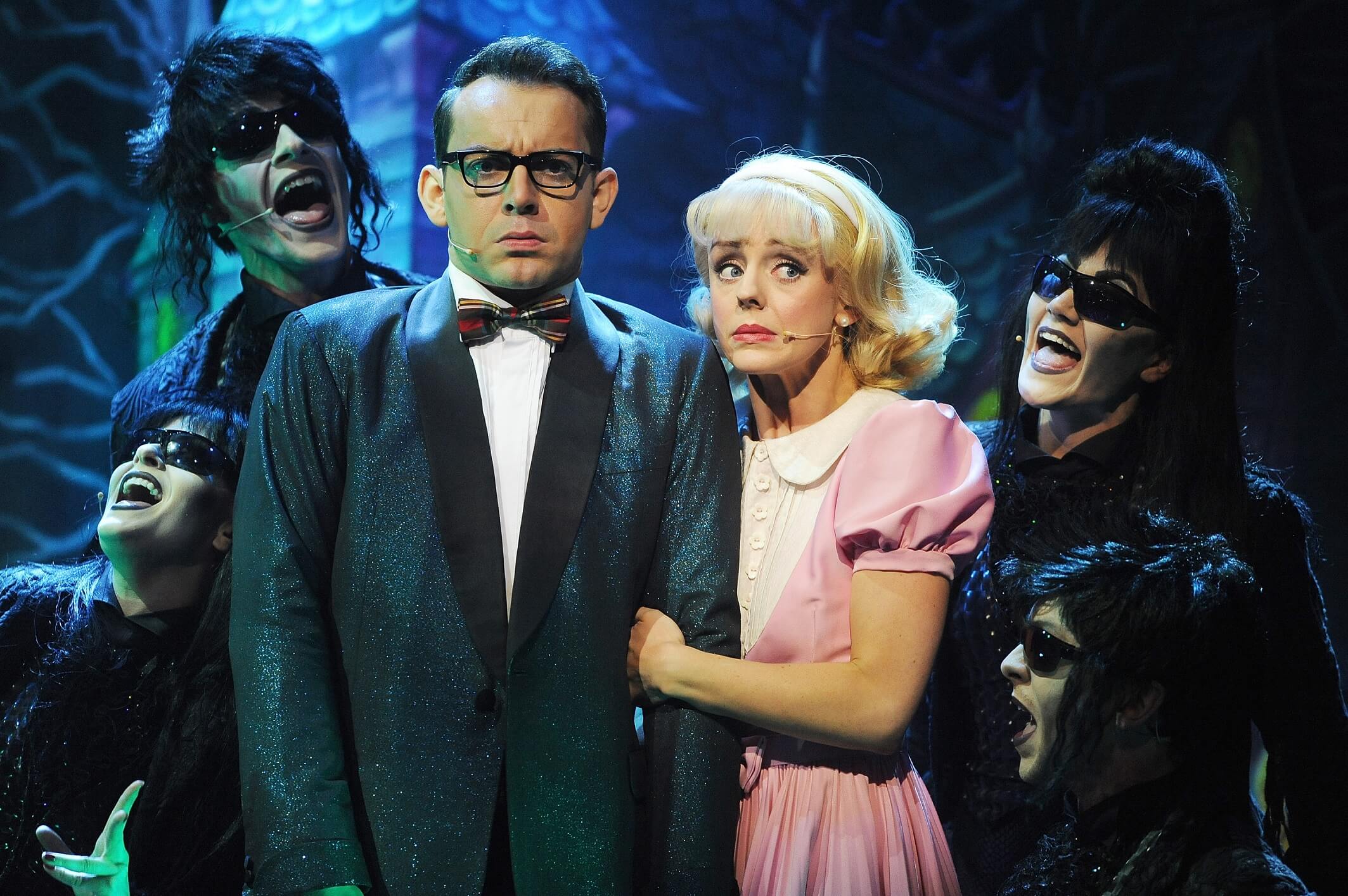 The Rocky Horror Show has announced a glittering cast for its run at Blackpool Opera House this Autumn.

The iconic role of The Narrator will be played by Punt & Dennis star Steve Punt.

S Club 7 star Paul Cattermole and Liam Tamne, who shot to fame in series two of The Voice, continue to excite audiences in the roles of Eddie/Dr Scott and Dr Frank N Furter respectively. The title role of Rocky is played by Dominic Andersen. Janet will be played by theatre star Haley Flaherty. Completing the cast are Rocky favourites Kristian Lavercombe as Riff Raff and Richard Meek, who plays Brad.

Themusical horror comedy will run at the Opera House from Monday September 26 to Saturday October 1.

Tickets priced from £15 are on sale now and are available from www.wintergardensblackpool.com

The 2016 UK Tour of the Rocky Horror Show has now been seen by more than 230,000 people, grossing more than £5million at the box office since its first performance atBrighton’s Theatre Royal in December 2015.

Richard O’Brien’s Rocky Horror Show was first performed on 19 June 1973 at the Royal Court Theatre and has become the world’s favourite Rock N’ Roll musical, having been performed worldwide for more than 40 years in more than 30 countries and translated into more than 20 languages.

It tells the story of Brad and his fiancée Janet, two squeaky clean college kids, who meet Dr Frank N Furter by chance when their car breaks down outside his house while on their way to visit their former college professor. It is an adventure they’ll never forget, with fun, frolics, frocks, and frivolity, bursting with timeless songs and outrageous outfits.

Winter Gardens Managing Director Michael Williams said: “The Rocky Horror Show is always a firm favourite with audiences as it’s one of those shows where it’s practically obligatory to dress up in the most outrageous of outfits.

“The casting is fantastic for when the show comes to the Blackpool Opera House and we are looking forward to a week of very enthusiastic audiences.”

Directed by Christopher Luscombe, the Rocky Horror Show is a guaranteed party, which famously combines science-fiction, horror, comedy and music. Audience participation is encouraged, meaning of course, getting dressed in your most outrageous fancy dress. This musical extravaganza features all of its famous musical classics including“Science Fiction/Double Feature”, “Dammit Janet” and of course, the timeless floor-filler,“The Time-Warp”. Ready to thrill you with fun and naughty moments, O’Brien’s Rocky Horror Show is the boldest bash of them all. Be warned, this show has rude parts!

Bursting at the seams with timeless classics, including Sweet Transvestite, Damn it Janet,and of course, the pelvic-thrusting Time Warp,Richard O’Brien’s Rocky Horror Showis a non-stop party!

Be warned, this show has rude parts!

The Rocky Horror Show is suitable for people aged 14 and above.