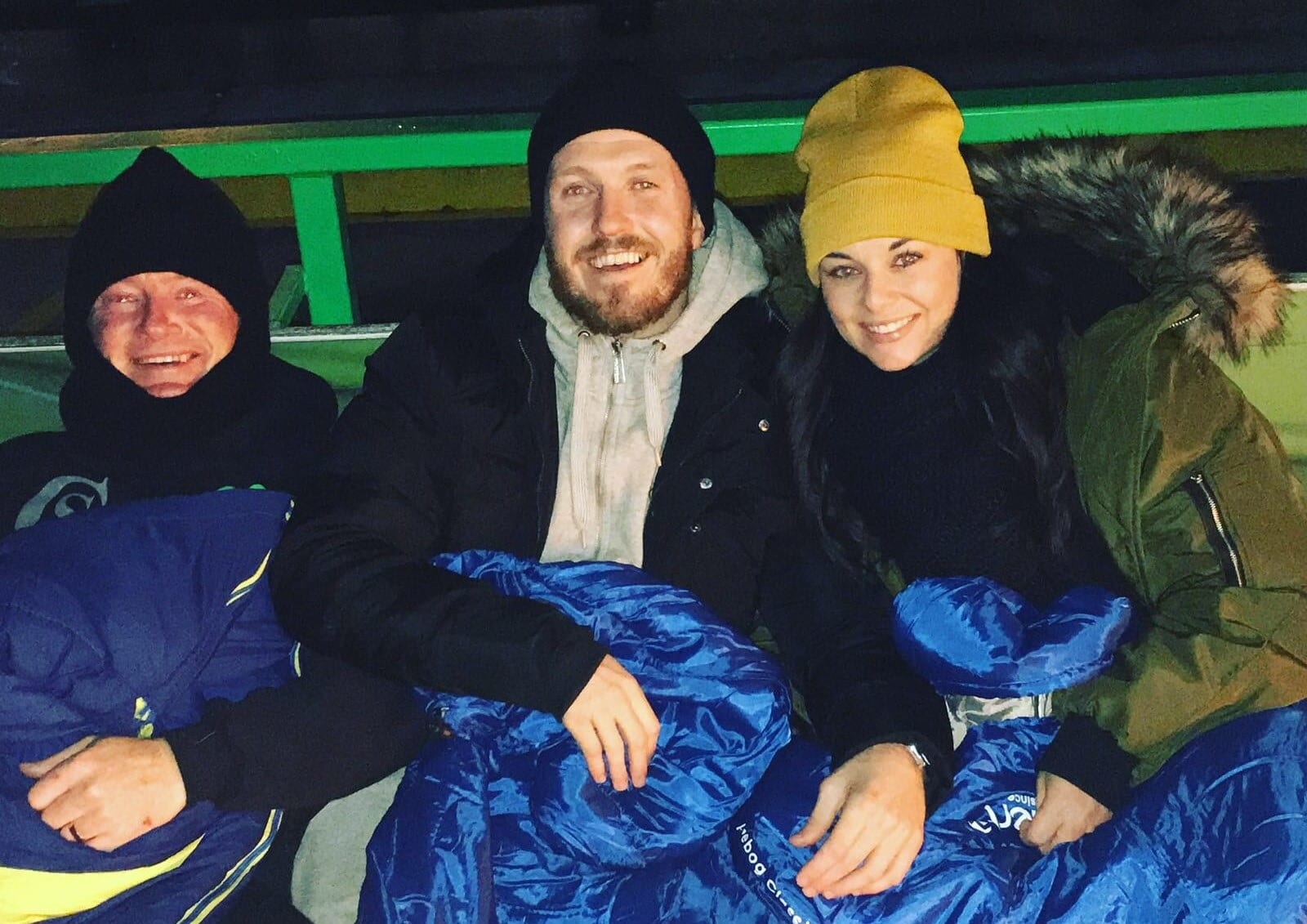 British champion boxer Scott Cardle swapped the glitz and glamour of Monte Carlo for a night sleeping rough under the stars.

But before you think the reigning Lightweight Champion has fallen on hard times it was all in the name of charity.

Scott took part in the annual Glasgow Sleep Out at Celtic Park stadium in aid of the Celtic FC Foundation.

The undefeated champion, his girlfriend Carlie Firth and father Joe joined 100 other hardy souls as they huddled together in freezing temperatures to raise money for the Foundation’s Christmas Appeal which helps the homeless and local families who face poverty and hardship.

Scott had been due to fly out to Monte Carlo to watch his good friend Stephen Smith fight for a world title, but opted to stay in the UK to help a charity that is very close to his heart.

Scott said: “It was really hard work, a very cold eight hours but I’m so glad I did it. The Foundation was looking to raise more than £60,000 on the on the night through sponsorship to help homeless people.

“I would be lying if I didn’t say there was the odd moment when I thought to myself I could have been sunning myself in Monte Carlo, but I am delighted myself, Carlie and my dad were able to do our bit for such a wonderful cause.”

Although born and bred in Lytham, near Blackpool, Scott’s family hails from Scotland and Glasgow is a second home for the Celtic-obsessed boxer who has fervent support north of the border. Last month he defended his British title at Glasgow’s SSE Arena with a stoppage win over Kevin Hooper.

Scott, Carlie and Joe’s efforts during Sunday’s Sleep Out saw the three of them raise more than £1,000.

Scott, 27, added: “I want to thank all those people here on the Fylde coast who sponsored the three of us. This money raised will make a difference to people’s lives.

“I am so glad we could do our bit… and think we’ve just about thawed out now!”

A spokesman for the Celtic Foundation said: “Celtic FC Foundation would like to thank each and every participant for their phenomenal efforts and all of those who supported them along the way. You have made a genuine difference to the lives of the most vulnerable in our community.

“The 100 participants have already raised a magnificent total in the region of £65,000. All funds raised will support our 2016 Christmas Appeal and is one of a series of fundraising initiatives for this year’s Appeal.