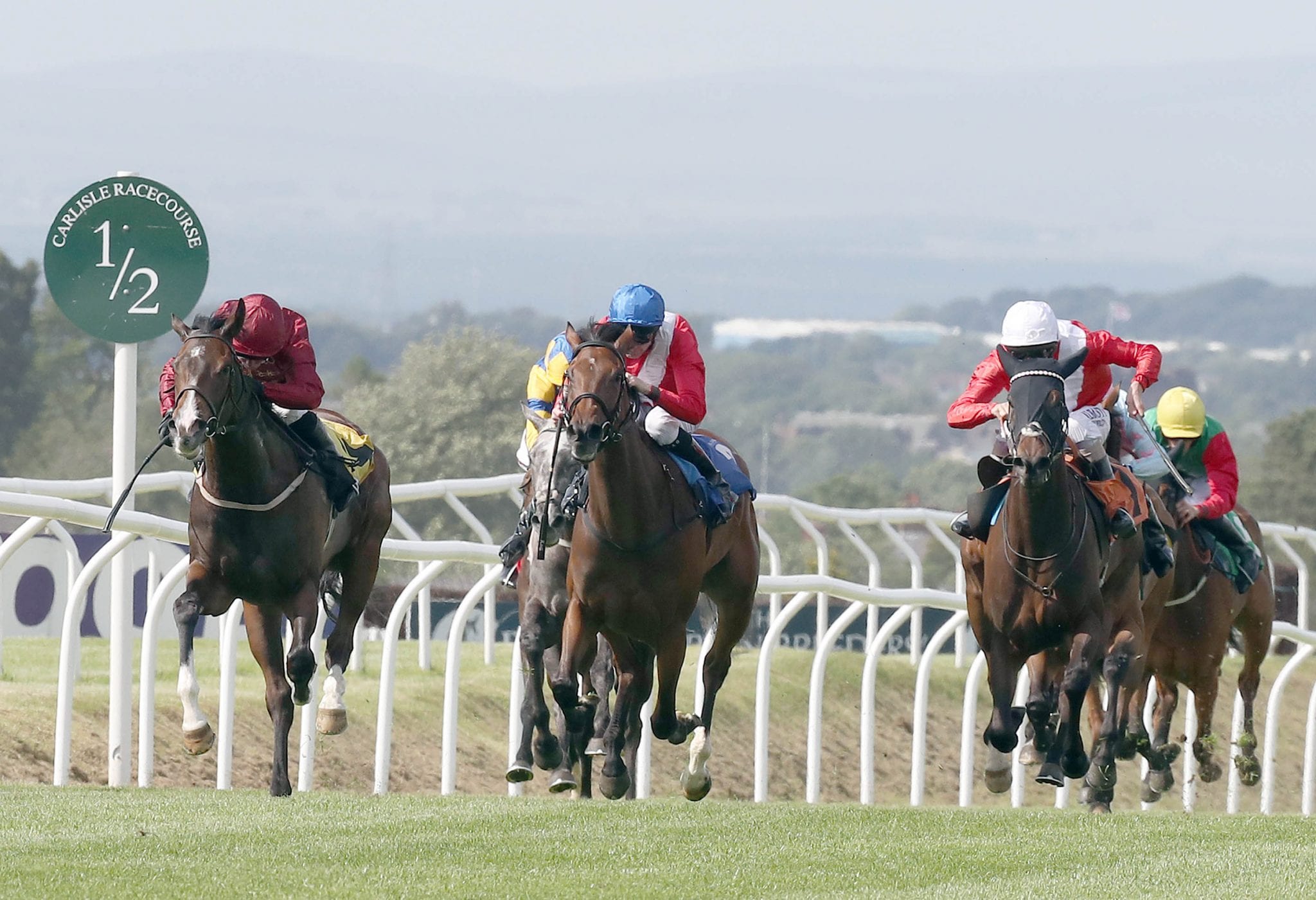 Jockey Danny Cook will be looking to continue his fantastic run of form at Carlisle on Sunday as Cumbria’s premier racecourse hosts its first weekend meeting of 2017.

The Thirsk-based rider has won seven of his 23 races at Carlisle this season – including an impressive double on Ouro Branco and Johanos on March 9.

Cook’s triumphs at Carlisle last time out began a series of five straight wins before he rode 12/1 shot Nietzsche to a highly respectable third in the Fred Winter Juvenile Handicap Hurdle at Cheltenham on Wednesday.

The popular jockey’s red hot form recently had Racing UK’s experts purring: “Cook has made a name for himself in the north as a never-say-die rider who refuses to accept when he is beaten.”

This Sunday Cook has rides booked on Sandy Thomson’s The Dutchman in the 2.45 Racing UK In HD Novices’ Chase before joining forces again with Grand National winning trainer Sue Smith on board Cloudy Too in the 3.55 Thornby Veterans’ Handicap Chase.

Smith also has No Planning, partnered with Sean Quinlan, entered in the 3.55.

Elsewhere on the six-race card, Peter Winks-trained Modulus will be looking to make it three wins from three races in the 3.20 Watch Racing UK Today Novices Handicap Hurdle after triumphs at Newcastle and Sedgefield already this month.

Nicky Richards and Donald McCain are among the other top trainers with runners entered on Sunday.

It is all set to be a top day’s racing with all children enjoying FREE ADMISSION.

Geraldine McKay, Carlisle Racecourse’s General Manager, said: “The horse racing world’s eyes have been fixed on a fantastic Cheltenham Festival this week so we look forward to welcoming the owners, trainers and jockeys who’ve been in action there back up here at Carlisle.

“There is something really special about our Sunday meetings, a real buzz around a packed grandstand and paddock so we can’t wait for the action to start.

“We have some really intriguing match-ups on the card and it will be great to see if Danny Cook can continue his fine form and whether Modulus can continue his wonderful March form which has already seen two wins.”