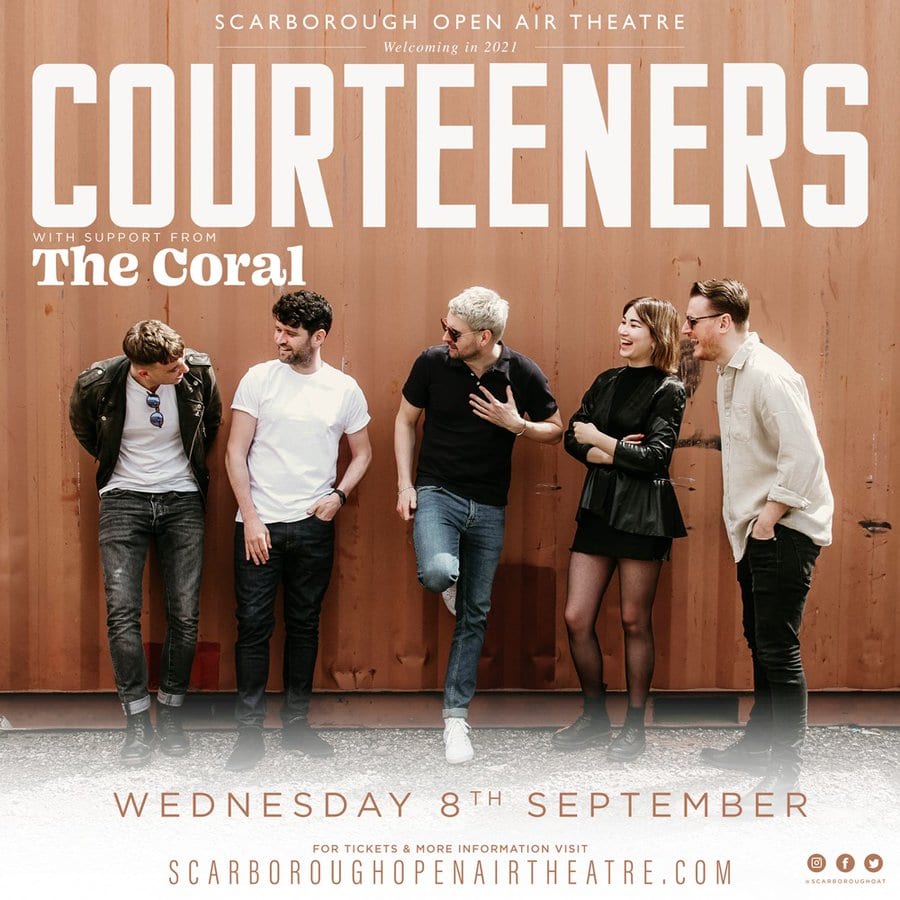 Courteeners will warm up for two massive summer gigs with an exclusive headline show on the Yorkshire coast.

The band are today delighted to confirm they will play Scarborough Open Air Theatre on Wednesday September 8. Special guests on the day are The Coral.

Tickets will go on general sale at 9am on Friday June 25 via scarboroughopenairtheatre.com

This unmissable Scarborough date comes ahead of Courteeners’ headline gig at Glasgow’s TRNSMT Festival and a huge hometown show at Manchester’s Emirates Old Trafford cricket stadium – which sold out in just 90 minutes.

“I’ve always wanted to bring this brilliant band here, so to be able to present this exclusive warm-up show ahead of their headline spot at TRNSMT and their massive hometown show in Manchester is just fantastic.

“Courteeners sold 50,000 tickets for their Manchester show in just 90 minutes so fans will have to be quick here because the Scarborough show will sell-out fast!”

The band, who have been friends since childhood, have grown into one of the UK’s premier guitar bands delivering such era-defining anthems as ‘Not Nineteen Forever’, ‘Are You In Love With A Notion’, ‘How Good It Was’, ‘The 17th’ and last year’s ‘Hanging Off Your Cloud’.

In 2019, they sold out their own 50,000 capacity show at Heaton Park in Manchester and headlined a number of major festivals across the country.