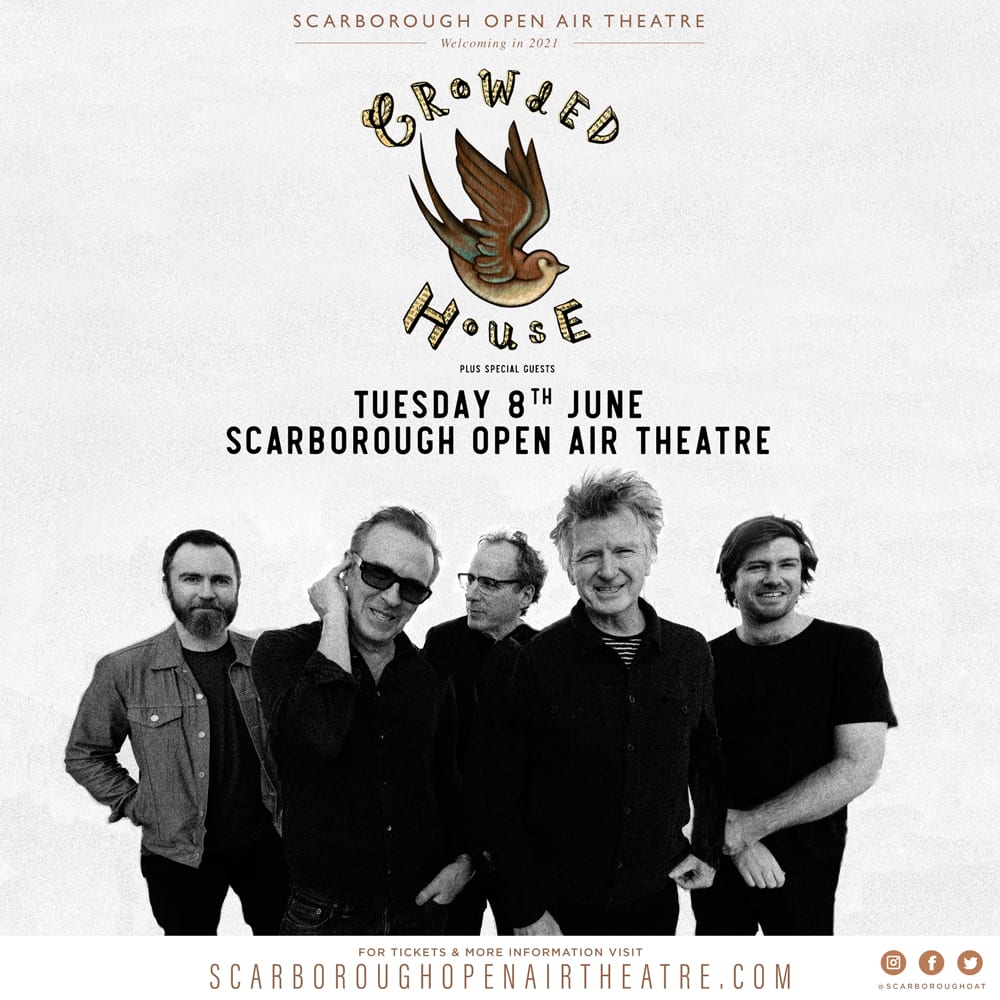 Crowded House are heading out on their first European tour in more than 10 years – and it is coming to the Yorkshire coast next summer.

The Australian rock band behind such legendary hits Don’t Dream It’s Over and Weather With You will play Scarborough Open Air Theatre on Tuesday June 8.

The Yorkshire coast date will be the first UK show on the tour which also hits Glasgow, Birmingham, Cardiff and London, together with a series of iconic venues across Europe.

The band began recording a new studio album in in Los Angeles in January and from March, as the Covid-19 lockdown hit, they had to exchange new songs via online files.

Fans can expect to hear the fruits of these lockdown labours – the eagerly-awaited album Dreamers Are Waiting which is set to be released early next year ahead of the European Tour.

Scarborough OAT venue programmer Peter Taylor said: “When we learned Crowded House were touring Europe we just knew we had to try and bring them to Scarborough OAT. This is a real coup for the venue and the Yorkshire coast.

“Crowded House are regarded as one of the most influential bands of the last 40 years and their fans are utterly devoted. This will be an incredible show.”