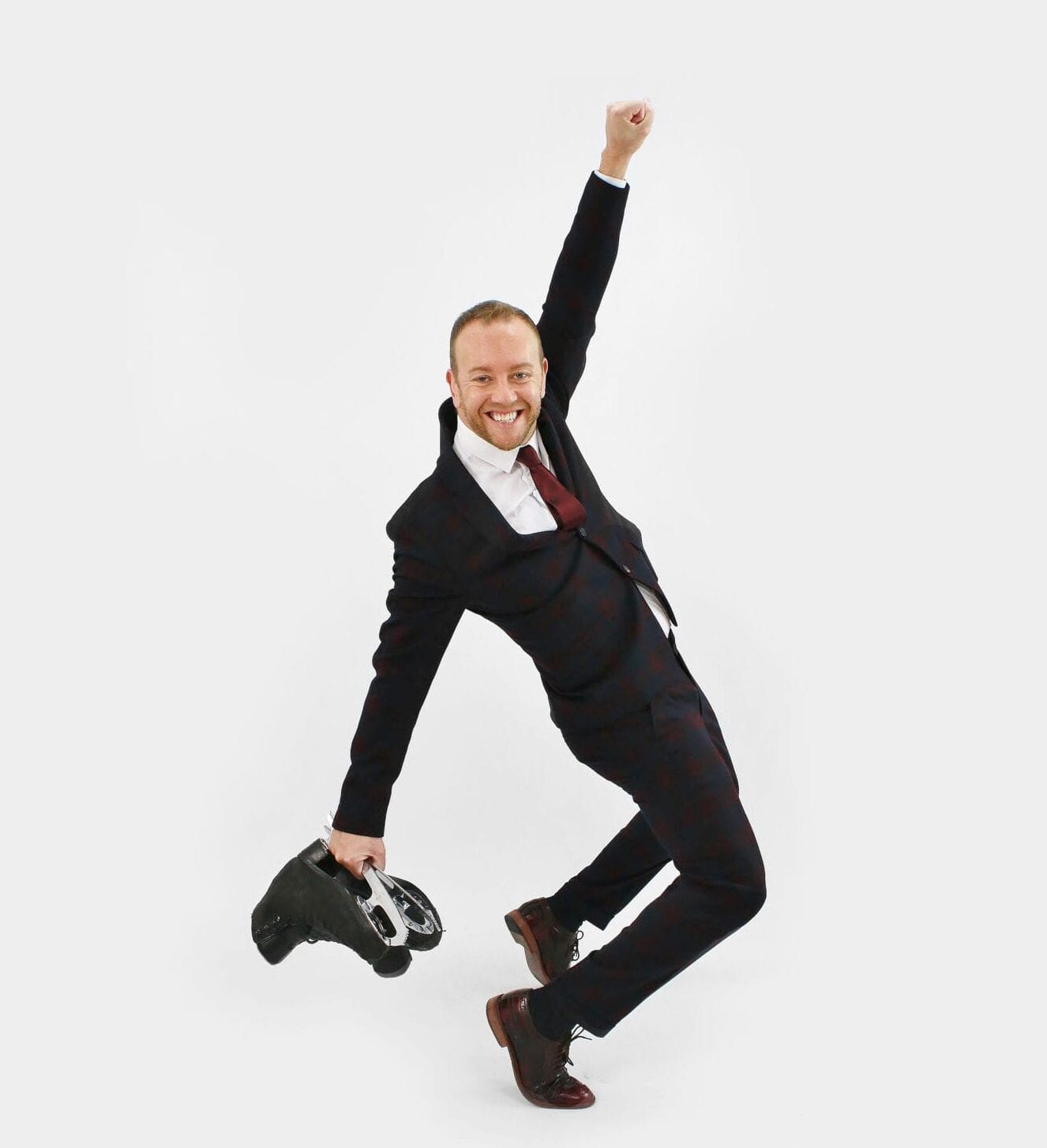 It’s back! The shows with the most front on British television are returning this festive season and promise to be bolder and ballsier than ever before.

For the very first time, the new line-up of brave celebrities will perform their routines by doing the full monty on ICE, in a winter wonderland spectacular – without a thermal in sight.

The petrified class of 2020 will be led by Ashley Banjo and Coleen Nolan, joining forces once again to put them through their paces for the biggest and most daring show yet, all to raise awareness of cancers in intimate areas of the body and the crucial importance of early self-checks to help save lives.

The Emmy award-winning and BAFTA-nominated programme is now in its fourth year and the celebrities have tough acts to follow. But with less health checks taking place during lockdown for crucial early diagnosis, the message has never been more important.

Stepping up to reveal all on ice this year are Woman’s Hour legend Dame Jenni Murray, actress Linda Lusardi, Love Island’s Shaunghna Phillips, actress Hayley Tamaddon and This Morning’s Dr Zoe. While baring all for the boys will be rugby star Gareth Thomas, actor Jamie Lomas, singer Jake Quickenden, jockey Bob Champion, Diversity’s Perri Kiehly and Love Island’s Chris Hughes. All have stories to tell about how cancer has touched the lives of themselves or those closest to them.

To push them even harder, Ashley has asked some of the former Dancing on Ice professional skaters to perform with the celebrities and DOI’s Dan Whiston will be creating some amazing ice dance routines to get everyone into the Christmas spirit.

The fresh set of male and female stars will learn their whole super-sized routine from scratch, before revealing all to the nation in two 90-minute specials to demonstrate the importance of shedding body inhibitions and making checks in intimate areas to prevent cancer.

Ashley Banjo said: “We are so proud of what this show has achieved in reminding people to check themselves for early signs of cancer and we’re going all out this year to get that message across; following lockdown, when far fewer people were getting health checks, now more than ever this message is important. Performing on ice will take the challenge to a whole new level – the celebrities won’t know what’s hit them! What could possibly go wrong?!”

Coleen Nolan said: “I keep saying ‘never again’ to getting my kit off but the response we get from the millions of women who feel empowered to check themselves after watching the show is incredible, so here we go again! This year is more personal than ever for me as two of my amazing sisters are battling cancer once more. I’m inspired by them and everyone I meet who’s has been touched by this dreadful disease, so I’m absolutely thrilled to be back leading a new awesome group of women, ready to bare all with me. But as this year it’s on ice, let’s just hope we don’t get frostbite on our unmentionables!”

ITV Factual Commissioner Kate Teckman said: “This Christmas the show with the biggest baubles on television is back and we couldn’t be more excited. Ashley will be leading from the front as this year’s plucky men and women are going to attempt the Full Monty on ice. A breast and ball check is not just for Christmas and it’s five minutes that could save your life.”

The Real Full Monty on Ice is commissioned for ITV by Kate Teckman, Factual Commissioner and Sue Murphy, Head of Factual Entertainment. For Spun Gold Television, the Executive Producer is Louise Rainbow.