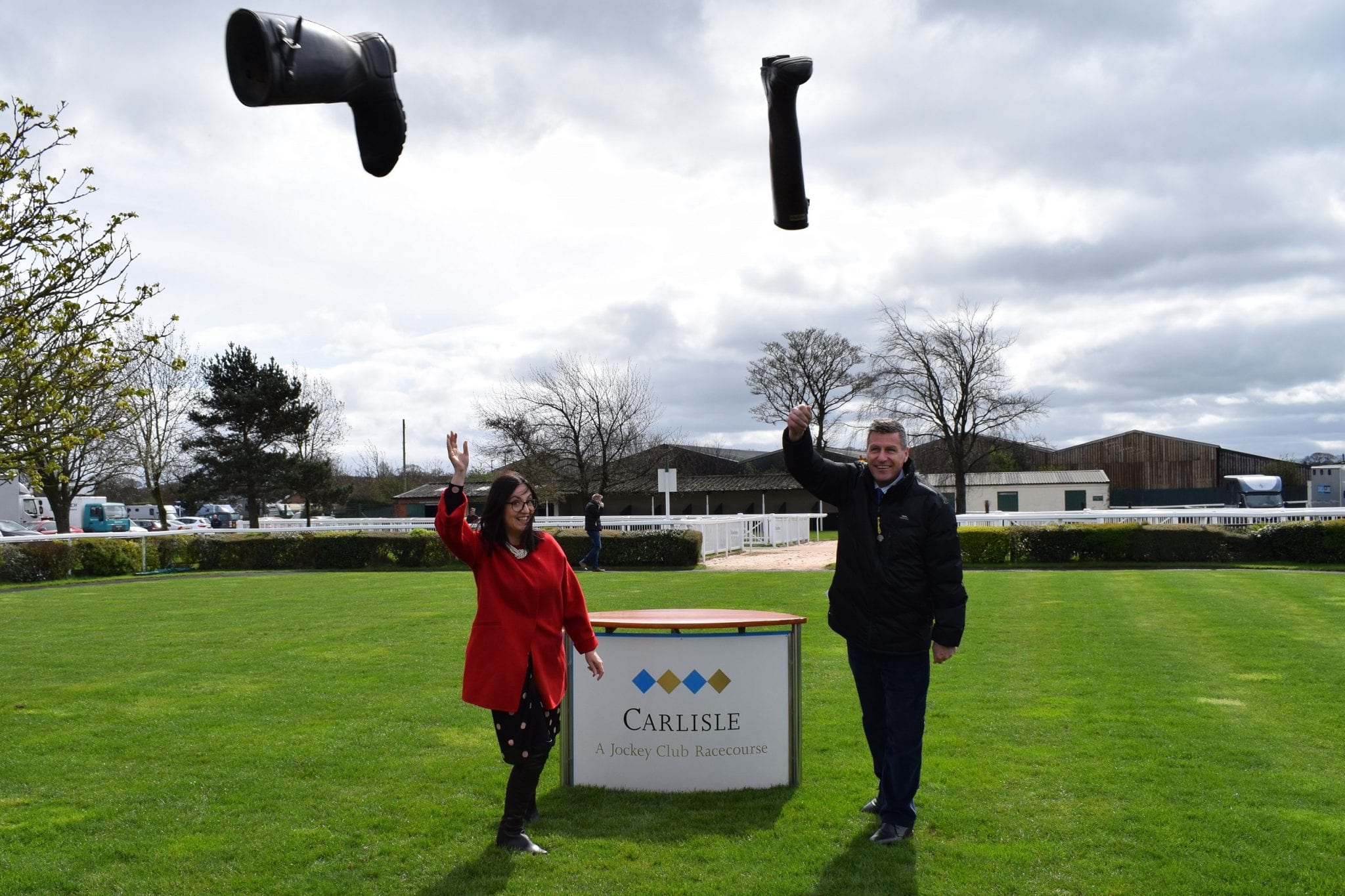 Exactly a week on from One For Arthur’s spectacular triumph at Aintree, Randox Grand National winning trainer Lucinda Russell is going for more glory at Carlisle’s bumper Easter Saturday meeting.

Russell, who became only the second Scottish-based trainer to saddle a National winner, has two entries in Carlisle’s seven-strong race card – Settledoutofcourt and Catch The Moonlight.

Settledoutofcourt, with jockey Stephen Mulqueen, won last time out at Hexham in March and the 11-year-old gelding is in a rich vein of form having posted three second places since November. He goes over 3m2f at Carlisle in the Totepool Happy Easter Handicap Chase.

Catch The Moonlight, ridden by Blair Campbell, was also a winner at Hexham in November and has placed twice over the jumps since then.

Elsewhere, in-form jockey Brian Hughes – currently second in The Stobart Jump Jockey’s Championship behind Richard Johnson – has a ride booked in every race at Carlisle on Saturday. They include John Mackie’s Barton Knoll, Malcolm Jefferson’s Gully’s Edge and Tom Gretton’s Your Turn.

Trainer Donald McCain has two runners on the day – both winners last time out. They include Princess Mononoke, a winner by a storming 24 lengths at Hexham on March 16, and Askamore Darsi, a recent winner at Sedgefield over 3m3f. He goes over the shorter 3m1f distance in the @Totepool Follow Us On Twitter Handicap Hurdle in which he is heavily fancied.

On top of seven top class National Hunt races families will be able to throw themselves into Horseplay – a special Wild West-themed day out at Cumbria’s premier racecourse.

And the great news is all under-17s can get in on the day absolutely free!

Many of the attractions – including a bucking bronco, ‘quick draw’ simulator and fancy dress competitions – have a Wild West and horse theme, but the highlight of the day will be a Welly Wanging competition with a very special prize.

The racecourse is offering FREE ENTRANCE FOR LIFE to anyone who can beat the current Guinness World Record marks for the longest throw.

“We have seven cracking races lined up with very strong fields and away from the action on the track we have a whole host of activities and events to make this a wonderful family day out.

“We love our family fun days and this Easter we wanted to try something different – and what could be more different than trying to break the world record for Welly Wanging at a racecourse?

“So come on down, enjoy the fun and remember all under-17s get in absolutely free!”