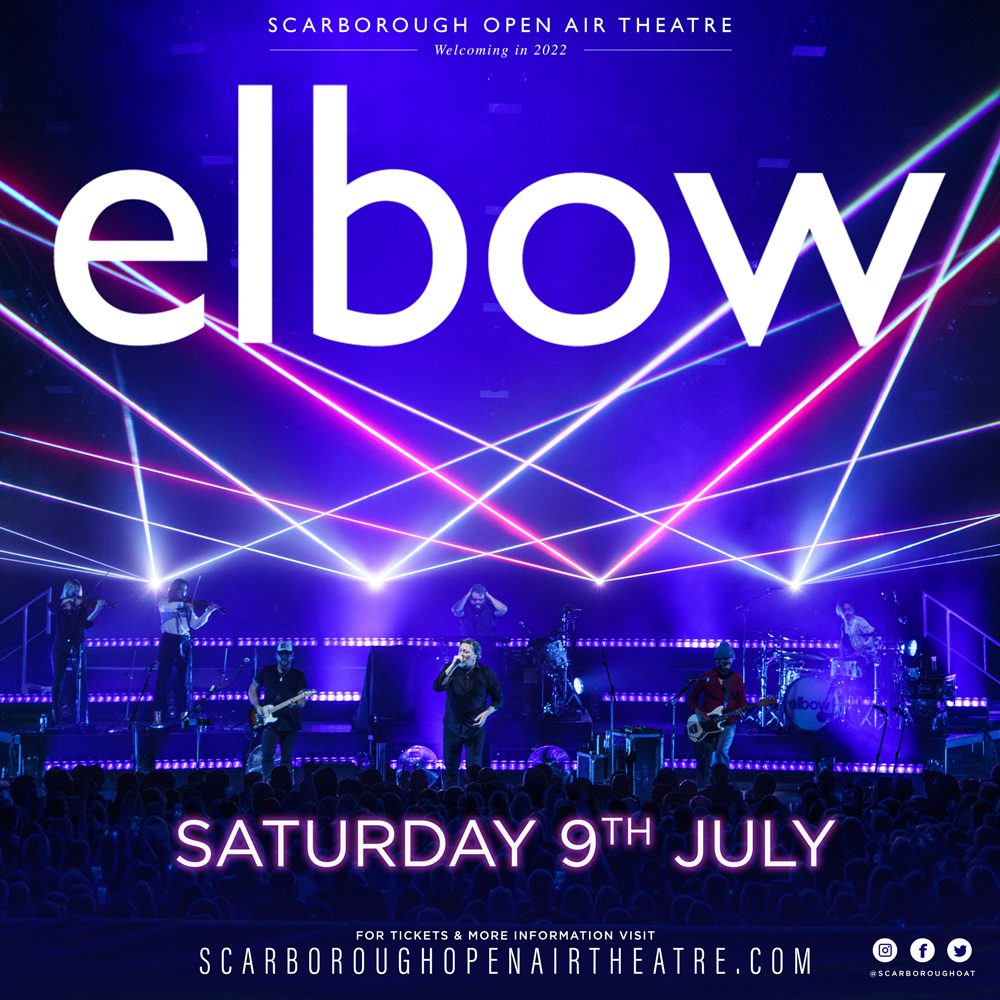 Tickets go on general sale via www.scarboroughopenairtheatre.com at 9am on Friday December 10.

Few bands make it to their ninth studio album. And should they achieve that landmark even fewer find themselves at their strongest artistically and personally.

Elbow are a group now in their third decade together and the fact Flying Dream 1 – which includes glorious singles The Seldom Seen Kid and Six Words – finds them at their most creative is testament to the strength of the partnership between their four members.

It is a partnership long forged through mutual respect and admiration, close personal ties, and a shared history of believing in the purpose and meaning of their work.

For more than 30 years they have created one of the most remarkable stories in British contemporary music. Formed in Bury in the 1990s when all the members were together at sixth form college, Elbow’s history now encompasses nine studio albums a long list of awards – including a BRIT and Ivor Novello Award – and a place in the roll call of great British bands.

Their live shows are the stuff of legend – none more so than their unforgettable headline performance on Glastonbury’s Pyramid stage in 2011 – which was rated as ‘one of the all-time greats’ (The Guardian).

2022 is set to be the biggest and best year ever at Scarborough OAT with headliners including Lionel Richie, Lewis Capaldi, Bryan Adams, The Script, Simply Red, Crowded House and Frankie Valli and The Four Seasons, plus many more.

“We are beyond delighted to announce both Elbow will be joining our stellar list of headliners next summer.

“They are simply one of the best bands Britain has produced in the last 30 years. Their live shows are truly stunning, and this is going to be a really special night when we welcome them here on July 9.”

For more information about all show and tickets go to www.scarboroughopenairtheatre.com