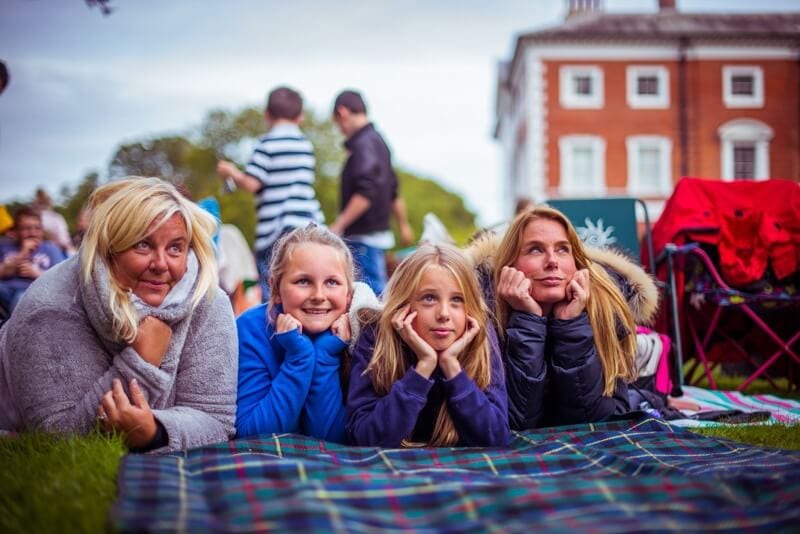 Families Are Spoilt For Choice At Lytham Festival

Families are going to be spoilt for choice at Lytham Festival this year with everything from outdoor cinema to workshops, art trails to the full proms experience and all right beside the seaside.

The idyllic locations of the Lytham Proms Main Arena and Lytham Hall will host screenings of Star Wars: The Force Awakens and children’s classic Labyrinth, while at the World Jazz Stage there aredrumming and song writing workshops.

Children and families can also explore the town by tracking down the CounterPART art installations which have taken over the streets of leafy Lytham.

“We’ve expanded the outdoor cinema events to include a special screening of Star Wars: The Force Awakens on Lytham Green and of course Labyrinth is a children’s classic that celebrates its 30th anniversary this year.

“Families can also get involved in the two fabulous musical workshops taking place at the World Jazz Stage and stroll through Lytham exploring the CounterPART installations – there really is something for everyone to enjoy.”

Kicking off the week on Monday 1 August at Lytham Hall there will be a chance for film buffs to celebrate the life of the late David Bowie with an outdoor screening of musical fantasy adventure Labyrinth. Released in 1986 and directed by Jim Henson, the film sees Sarah (Jennifer Connelly) set out to rescue her baby brother from the clutches of the Goblin King (David Bowie).

On Wednesday 3 August head to the Main Arena on Lytham Green for Star Wars: The Force Awakens. Presented by Walt Disney Studios Motion Pictures, the 7th Star Wars episode was released in December 2015, seeing the return of favourite characters Han Solo (Harrison Ford), Princess Leia (Carrie Fisher) and Luke Skywalker (Mark Hamill) amongst others. The film is also the highest grossing of all the Star Wars films and the third highest grossing movie of all time taking more than $2bn dollars at the Box Office.

The World Jazz Stageoffers two musical workshops that are suitable for children, giving all the family the chance to explore the world of music.

Children can try their hand at drumming on Saturday 6 August with two special Drumming Workshops facilitated by professional musicians and teaching the basics of drumming, rhythm and beats with a healthy dose of fun thrown in.

Things take a turn for the serene on Sunday 7 August when aspiring lyricists can put pen to paper with two Song Writing Workshops. Supported by professional musicians, children will explore the basics of rhyme and rhythm, and find inspiration for what could be the next big thing.

Both the drumming and song writing workshops run at 10am and 2pm and will last approximately two hours with a performance at the end by the musicians.

The CounterPART art installation trailruns for the whole week throughout the town and maps are available from the Lytham Festival Box Office in Lytham Piazza. The trail is completely free and will give families the chance to explore the town and experience the artwork while taking a break from the hustle and bustle of the Festival.