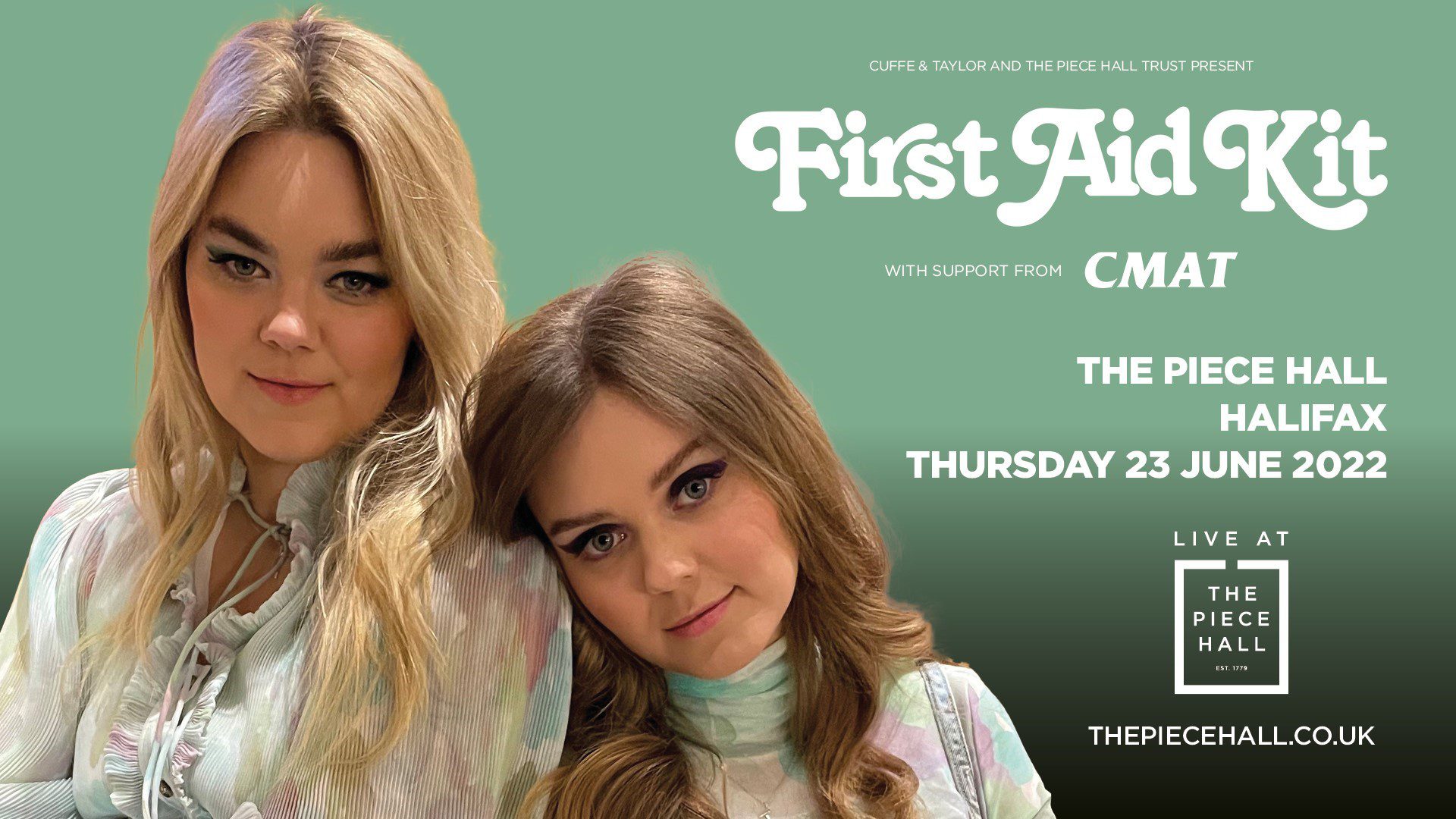 Swedish alt-folk duo First Aid Kit have been added to the sensational headline line-up for Live at The Piece Hall 2022.

Sisters Klara and Johanna Söderberg have been wowing audiences around the world for more than a decade and they now head to The Piece Hall in Halifax on Thursday June 23.

Tickets go on general sale at 9am on Friday March 25 via ticketmaster.co.uk

Hailing from a southern suburb of Stockholm, Klara and Johanna began composing songs as teenagers.

They released two studio albums with Wichita Records – The Big Black And The Blue in 2010 and The Lion’s Roar in 2012 which featured breakthrough single Emmylou. Rolling Stone quickly named it one of its ‘Singles of the Year’.

They followed their early success with 2014’s Stay Gold and, four years later, Ruins – which hit Number 3 in the UK album charts and featured the stunning singles It’s A Shame and Fireworks. NME’s four-star review of Ruins stated: “It is a lush, expansive release that uses the siblings’ uncanny blood harmony to full effect, elevating their low-key folk songs into something majestic.”

First Aid Kit’s sensational live shows – at which they are backed by a full band – are famed for being emotionally-charged affairs, packed with incredible songs, astonishing harmonies and singalong anthems.

This year they hit stages across Europe, USA, Canada as well as festival appearances at Glastonbury and Bristol Sounds.

CMAT’s debut album If My Wife New I’d Be Dead was released only last month. It instantly topped the Irish album chart and won massive acclaim with Hot Press magazine rating the album as “undoubtedly one of the most thrilling Irish pop debuts of the century”.

First Aid Kit’s Halifax show is presented by Cuffe and Taylor and The Piece Hall Trust. Nicky Chance-Thompson DL, CEO of The Piece Hall Trust, said: “First Aid Kit have wowed audiences around the world for more than a decade and we are so excited to be welcoming the fantastically talented Klara and Johanna here to our courtyard.

“We have a packed summer of live music ahead of us here at The Piece Hall with truly brilliant headline artists. It’s going to be our biggest and best year ever!”