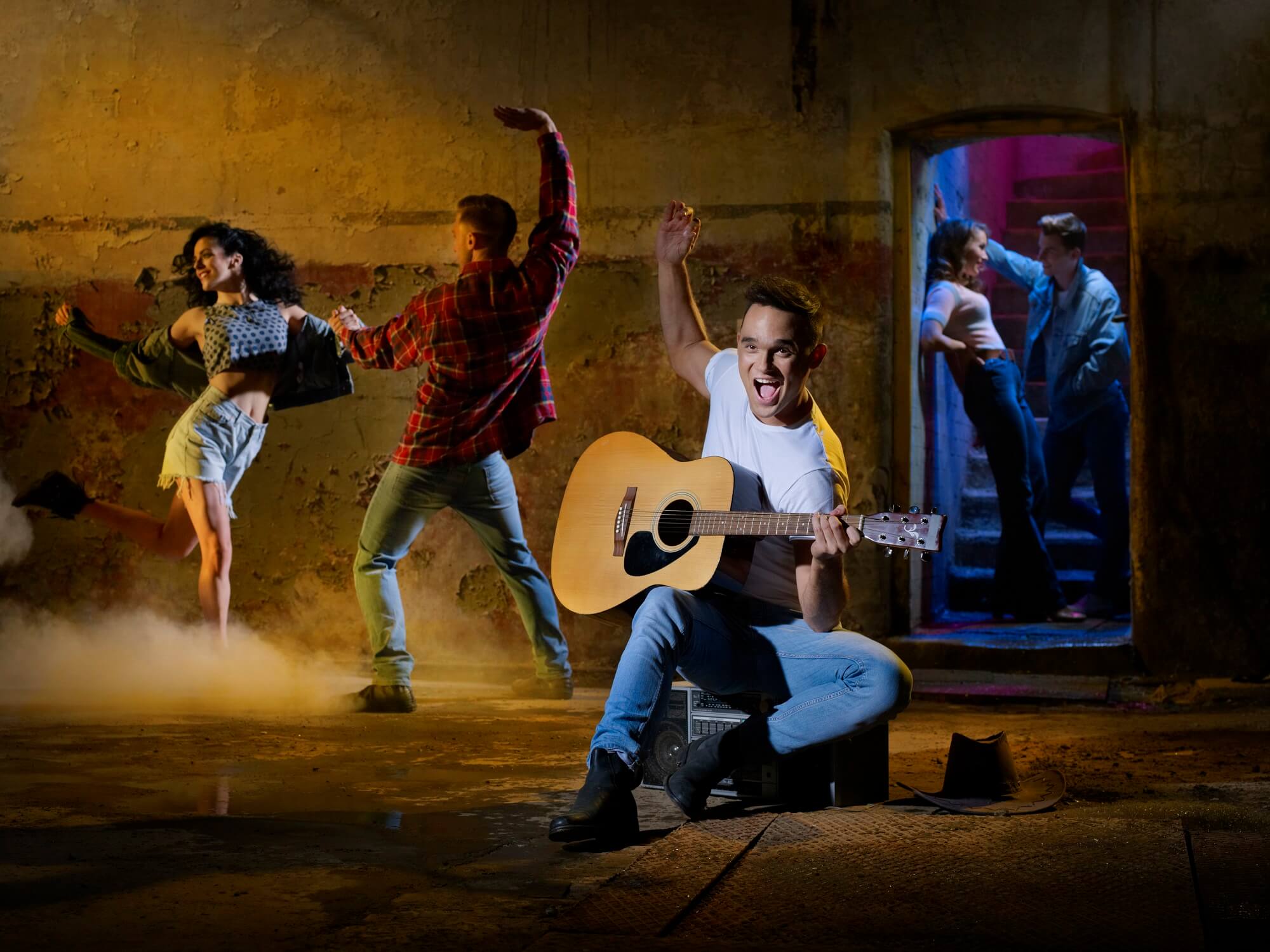 Footloose: The Musical Is Heading To The Opera House In 2016

Worldwide smash hit Footloose: The Musical is heading to Blackpool Opera House from Monday September 19to Saturday 24 as part of a major new UK Tour.

Based on the 1984 screen sensation starring Kevin Bacon, Footloose: The Musical tells the story of city boy Ren, who has to move to a rural backwater in America where dancing is banned. All hell breaks out as Ren breaks loose and soon has the whole town up on its feet.

Featuring classic 80s hits including Holding Out for a Hero, Almost Paradise, Let’s Hear it for the Boy and the unforgettable title track, Footloose: The Musical is set to take the world by storm once again in this brand new production, bursting with youthful spirit, dazzling dance and electrifying music.

Blackpool singing star Maureen Nolan will play Vi Moore. As well as enjoying phenomenal success with her sisters in The Nolans, on stage Maureen has played Mrs Johnstone in Blood Brothersin the West End and on tour to critical acclaim. Other credits include Sadie in Girl’s Behind, Jill in Mum’s the Wordand Sarah in The Naked Truth.

Gareth Gates will play Willard. Gareth rose to fame through the inaugural series of Pop Idol in 2001, going on to sell more than 5 million records worldwide and have hits across the globe. More recently Gareth has enjoyed a successful career on stage, with credits including Les Misérables, Legally Blonde and Joseph and the Amazing Technicolour Dreamcoat.

“It is particularly pleasing that Maureen Nolan is in the cast as she is a well-respected star of musicals and of course, she is local. With Gareth Gates in the cast too this is set to be an amazing production.

“We look forward to welcoming Maureen and Gareth and all of the cast of Footloose: The Musical in the autumn.”

Footloose: The Musical will run at Blackpool Opera House from Monday September 19 to Saturday 24.