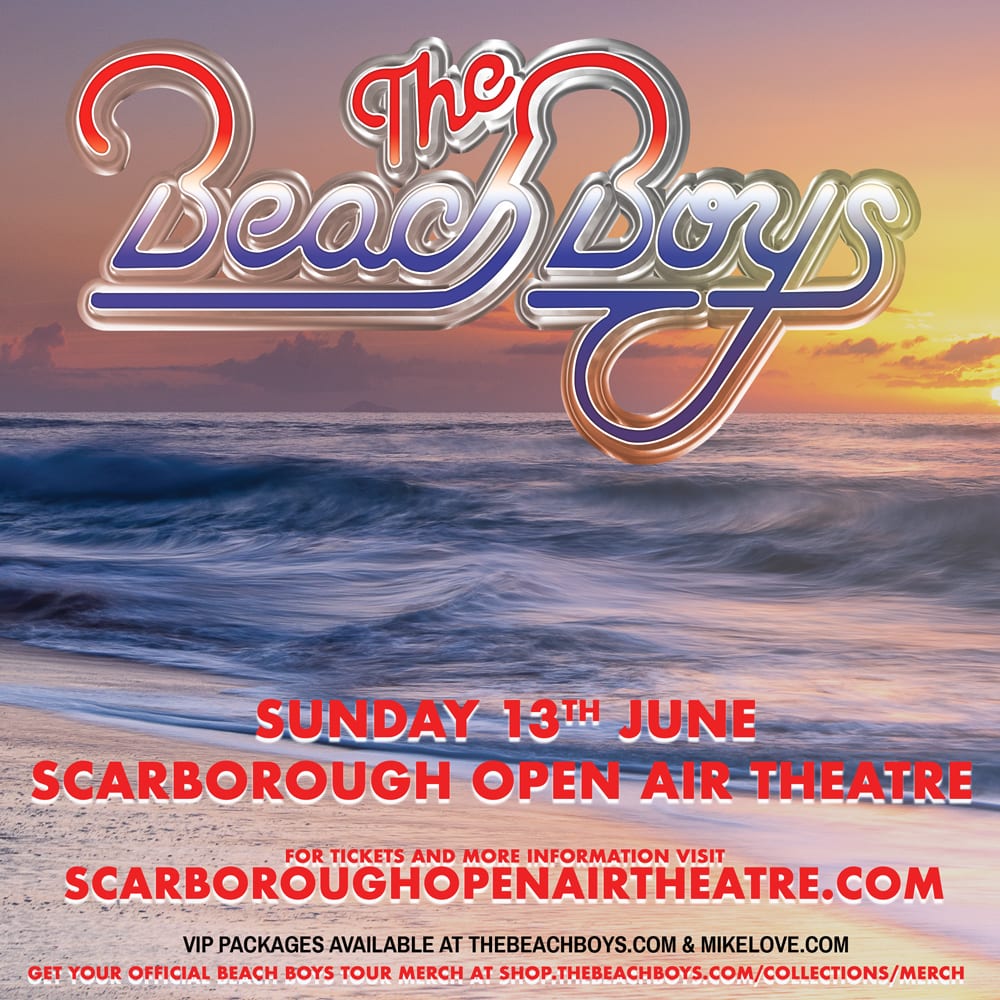 Rock and Roll Hall of Famers The Beach Boys are joining a stellar 2021 line-up at Scarborough Open Air Theatre.

The pioneering and legendary band – who celebrate their 60th anniversary next year – will headline Britain’s largest open-air concert arena on Sunday June 13.

Next summer’s unmissable Yorkshire coast show will be the second time The Beach Boys have headlined Scarborough OAT after rocking the seaside venue back in 2017. They are also delighted to today announce two 2021 dates at London’s famed Royal Albert Hall on June 11 and 12.

The Beach Boys continue to ride the crest of a wave unequalled in American music history and have become an American icon to fans around the world.

Since co-founder and lead-singer Mike Love penned the lyrics to The Beach Boys’ first hit, Surfin’ (1961), dozens of the band’s chart toppers have become eternal anthems of American youth including Surfin’ USA, Surfer Girl, Fun, Fun, Fun, I Get Around, California Girls, Help Me Rhonda, Barbara Ann, Good Vibrations, Wouldn’t It Be Nice and Kokomo.

And with six decades of touring under their belts, The Beach Boys have performed more concerts than any major rock band in history.

The Beach Boys join the likes of Lionel Richie, Duran Duran, Westlife, Lewis Capaldi and Nile Rodgers and CHIC among next summer’s Scarborough OAT headliners – with more artists still to be announced.

Scarborough OAT programmer Peter Taylor said: “The Beach Boys are true music legends and we are so excited to be welcoming them back here to the Yorkshire coast.

“Since forming in 1961 they have written some of the biggest pop songs of all time so it’s brilliant their fans will be able to join in their 60th anniversary celebrations here at this wonderful venue.

“Next year’s line-up is already looking amazing and we are delighted to now be adding the amazing Beach Boys to our stellar group of headliners.”