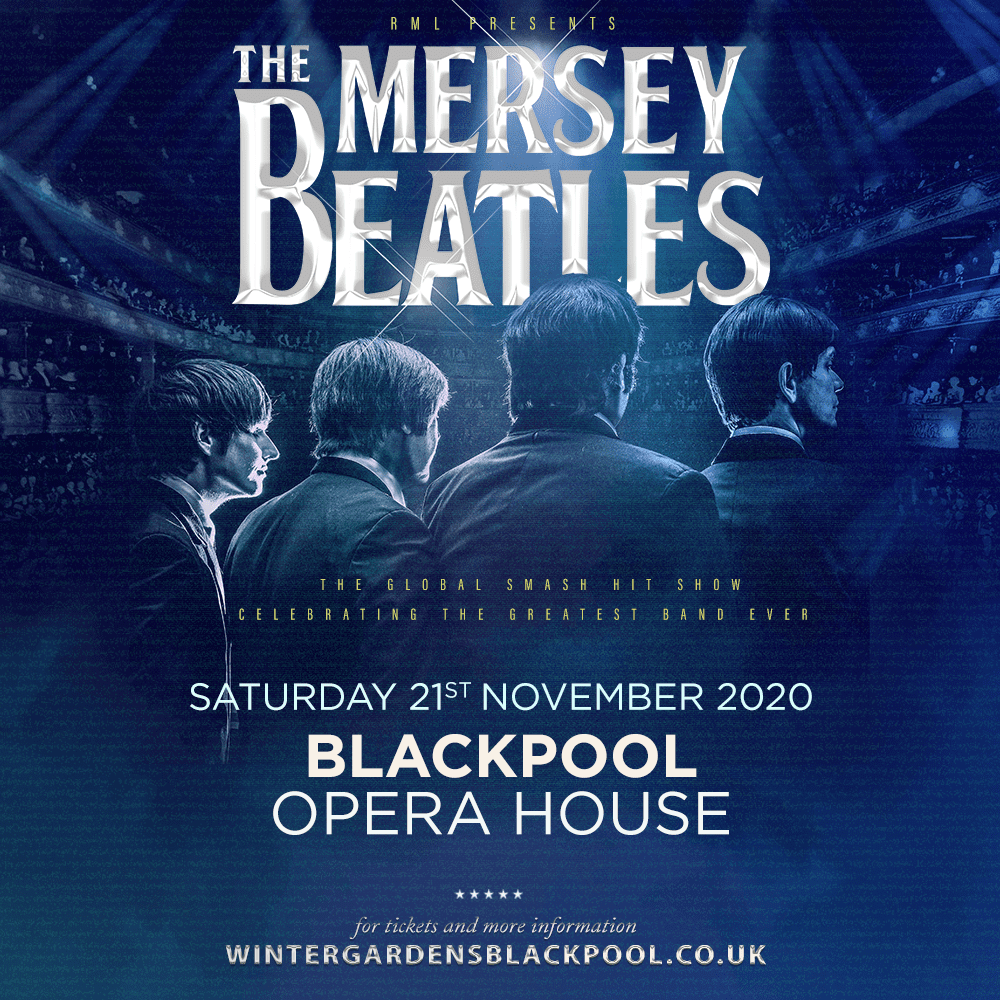 Blackpool’s special place in the story of the greatest band of all time will be celebrated when The Mersey Beatles bring their smash hit show to the resort’s famous Winter Gardens.

After wowing sell-out audiences around the globe, the world’s best-loved Liverpool-born Beatles tribute will play an unmissable show at Blackpool Opera House on Saturday November 21.

Tickets – priced just £18 – go on sale at 10am on Friday September 25 from www.ticketmaster.co.uk

The Beatles themselves played Blackpool no fewer than 11 times – including two sell-out dates at the Opera House in 1964. They also played legendary hits Help! and Yesterday live for the first time anywhere in the world during a live TV broadcast from the resort in 1965.

These unforgettable Blackpool moments will be replayed by The Mersey Beatles on November 21 in a true feel-good show that not only captures the spirit and sound of Beatlemania, but the psychedelic wonder of the Fab Four’s Sgt Pepper album and the melodic brilliance of their later work.

Formed in Liverpool in 1999, The Mersey Beatles – Mark Bloor (John), Steven Howard (Paul), Craig McGown (George) Brian Ambrose (Ringo) any Tony Cook (keyboards) – were the resident Beatles’ band at the legendary Cavern Club between 2002-2012 where they clocked up more than 600 shows.

Since leaving The Cavern, The Mersey Beatles have toured the world many times over winning legions of fans, including members of the Beatles’ own families.

Julia Baird, John Lennon‘s sister: “The Mersey Beatles absolutely nail the sound of The Beatles. They have that brilliant ability to get people up on their feet dancing and John would have loved that!”

And The British Beatles Fan Club described them as: “The best Beatles tribute band around”

The Mersey Beatles know the Fylde coast well. They have played three sell-out nights at Lytham Festival and cannot wait to return to Blackpool on November 21.

Steven said: “We’ve played all over the world in the last 20 years, but Blackpool Opera House is a real bucket list moment for any performer. The list of artists who have performed on that world-famous stage – including The Beatles themselves – is just incredible.

“Blackpool has such a strong connection with The Beatles and their story so we can’t wait to play the very same songs they did when they were here and celebrate those legendary moments with the audience.”

The show is part of the Winter Gardens’ Safe and Sound series of events. The Opera House’s 3,000 capacity has been reduced to 800 to allow for social distancing between audience members. There are also increased public health measures throughout the venue.

Mark added: “Given the global pandemic, this year has obviously been really hard for all musicians. Our world tour was stopped back in February and we’ve been itching to get back out to play for a live audience so this gig is going to be very special.

“It’s brilliant that with the measures the venue has put in place people can come to shows again. We’ve had some great gigs on the Fylde coast – most recently three sell-out nights at Lytham Festival – so it will be great to return and play the Opera House. Blackpool get ready for a fantastic night!”