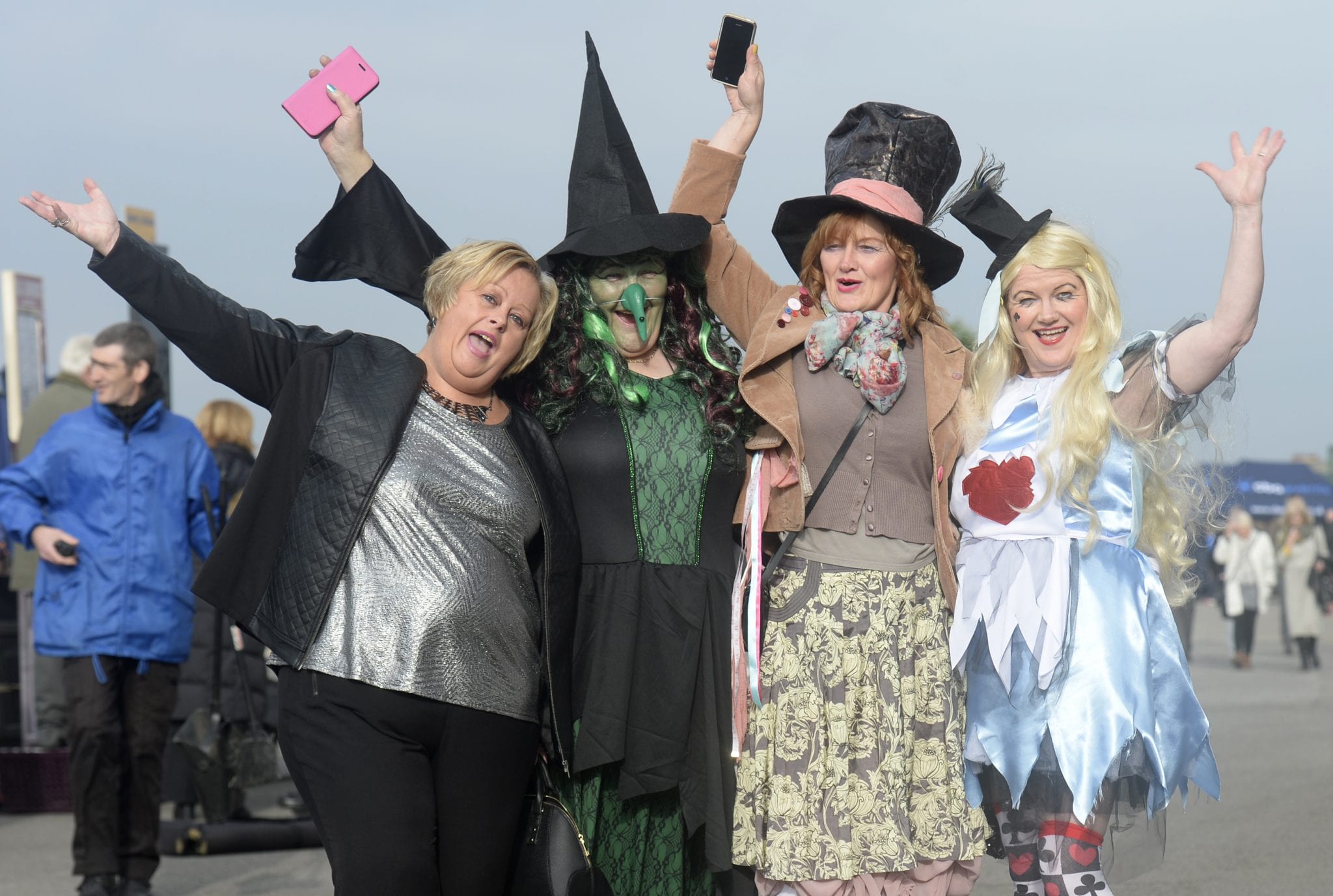 Ghosts, Ghouls And A Cracking Day Of Racing At Carlisle

Ghosts, ghouls and vampires gathered at the Durdar course as Cumbria’s most prestigious National Hunt meeting doubled as a spooky party for racegoers young and old.

While families dressed up and got into the spirit, on the track spectators were treated to a sensational day of jumps racing.

Sandy Thomson’s Seeyouatmidnight produced a thrilling display of jumping to get the better of Bristol De Mai in an enthralling Colin Parker Intermediate Memorial Chase (Class 1).

Jockey Brian Hughes described the ride as “like driving a Ferrari” and Thomson may now look to enter the eight-year-old in March’s Gold Cup at Cheltenham.

Elsewhere on the card, local favourite Carrigdhoun (12-1), stabled in nearby Brampton, held off a late finish by Cultram Abbey to land the Racing Free Bets At bookies.com Handicap Chase. It was the 11-year-old’s second win in as many races at his home track.

Gurkha Brave (12-1) led three fences from home in registering his third course success while Brian Ellison’s seven-year-old Definitly Red (11-4) kept on to win by three and a quarter lengths from Onefitzall.

There were also wins for Dubai or Not Dubai, Western Wave and Two Taffs.

A series of Halloween trails and games were set up and enjoyed by young racegoers.

Geraldine McKay, Carlisle Racecourse’s General Manager, said: “It was a great day both on and off the track.

“We enjoyed a wonderful day of racing and it was great to see the course packed with so many families enjoying our Halloween Fun Day. The fancy dress costumes were brilliant, people put real effort into their scary looks.

“We are really proud to put on top class National Hunt racing here at Carlisle and once again we proved what a great day out a day at the races is for families.”