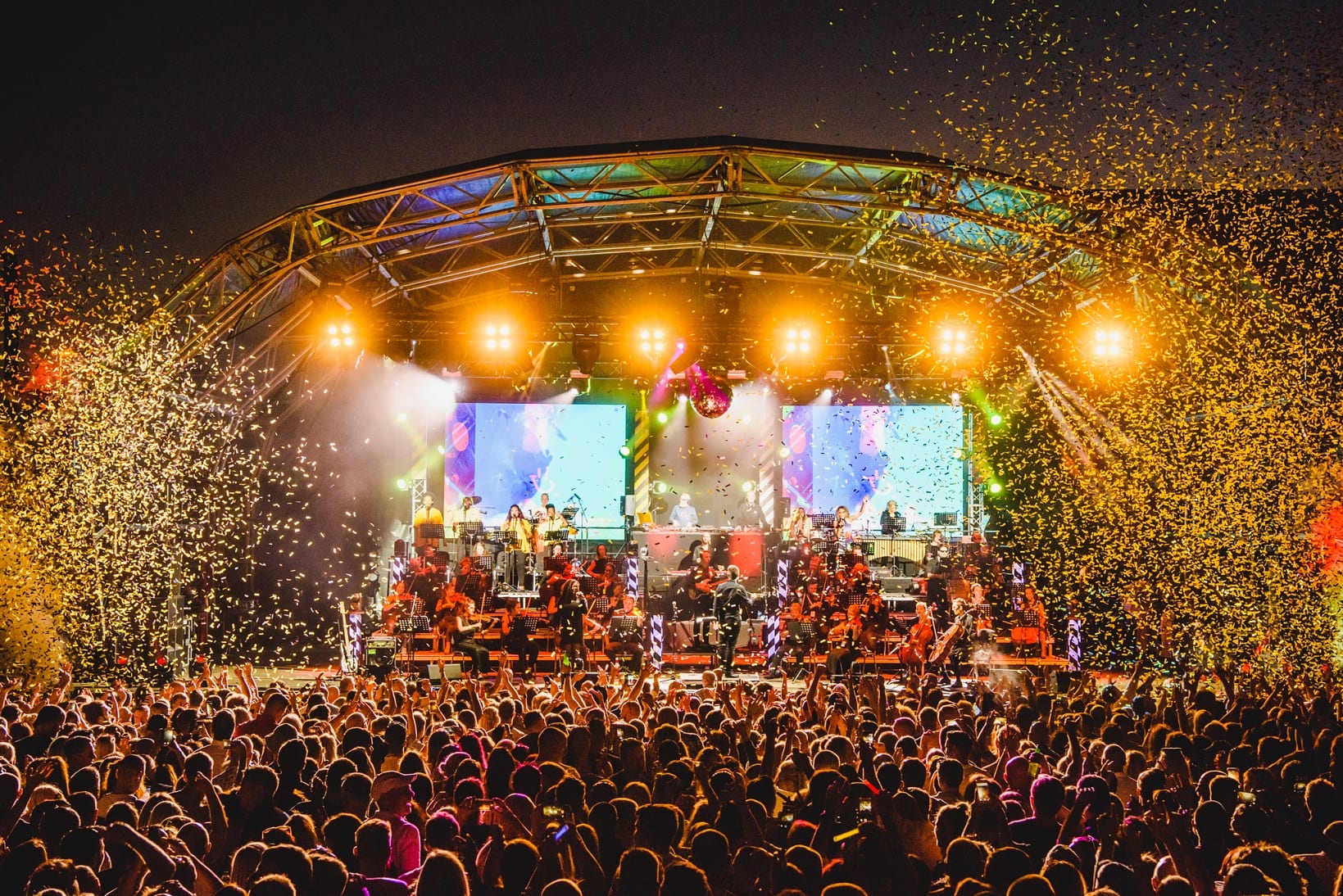 Haçienda Classical – the stunning live music event which brings the iconic sounds and unique atmosphere of the legendary club – is heading to Scarborough Open Air Theatre this summer.

The critically acclaimed show, which has been a smash hit with clubbers and dance music fans since its debut in 2016, will headline the UK’s biggest open air arena on Saturday June 8.

Tickets go on sale at 9am on Friday February 8 from www.scarboroughopenairtheatre.com

Support on the night comes from Manchester techno pioneers 808 State and a DJ set from music legend, and founding member of Joy Division and New Order, Peter Hook.

This will again include orchestral renditions of the much-loved classic club records from The Haçienda’s heritage, revisiting some of the tracks that have proved popular with fans as well as bringing new additions and arrangements of seminal tracks to the set.

Over its three years to date, Haçienda Classical concerts have brought together a mixed crowd and lively atmosphere at events which see the set played as a continuous live DJ mix where vocalists, choir, orchestra and guests all combine creating a vibrant, exciting performance.

Graeme Park said: “I’m thrilled that we’ll be continuing the Haçienda Classical journey into 2019 and I’m already digging deep to find some new tracks for the new show. There are also some tracks from previous years that I’m keen to bring back and to make even better based on everything we’ve learned with all the incredible gigs so far. I’m determined to make next year’s show even more exciting than we’ve had before.”

“The beauty of Haçienda Classical is that it has such a wide appeal. Whether you are a regular clubber, you want to reminisce about your youth or you enjoy the appeal of something completely new presented by magnificently talented musicians – without a doubt this will be a spectacular and not to be missed night at Scarborough OAT.”

The show has well outperformed any expectations at the outset and has seen tremendous reactions from audiences and critics many of who have awarded the show five stars, even at the very first Bridgewater Hall show, The Times gave it top marks declaring that “the atmosphere was incredible.”

Similar rave reviews followed from the first Royal Albert Hall visit as NME called it “Probably the best rave since 1997″ whilst Mixmag termed the event. “a near two-hour blend of house music’s greatest players with an audience dancing and singing from the off.”

Haçienda Classical has continued to receive 5-star reviews from the like of The Independent – “It doesn’t get much better than this. A powerful, poignant performance.” – and its hometown paper, Manchester Evening News.

For audiences, these inspirational nights have recreated the tunes that defined a generation for a whole new set of fans, renewing them and rearranging them with the orchestra and artists to create a special and unique experience.

With improvement year on year, 2019’s incarnation for Hacienda Classical promises to be the very best so far.