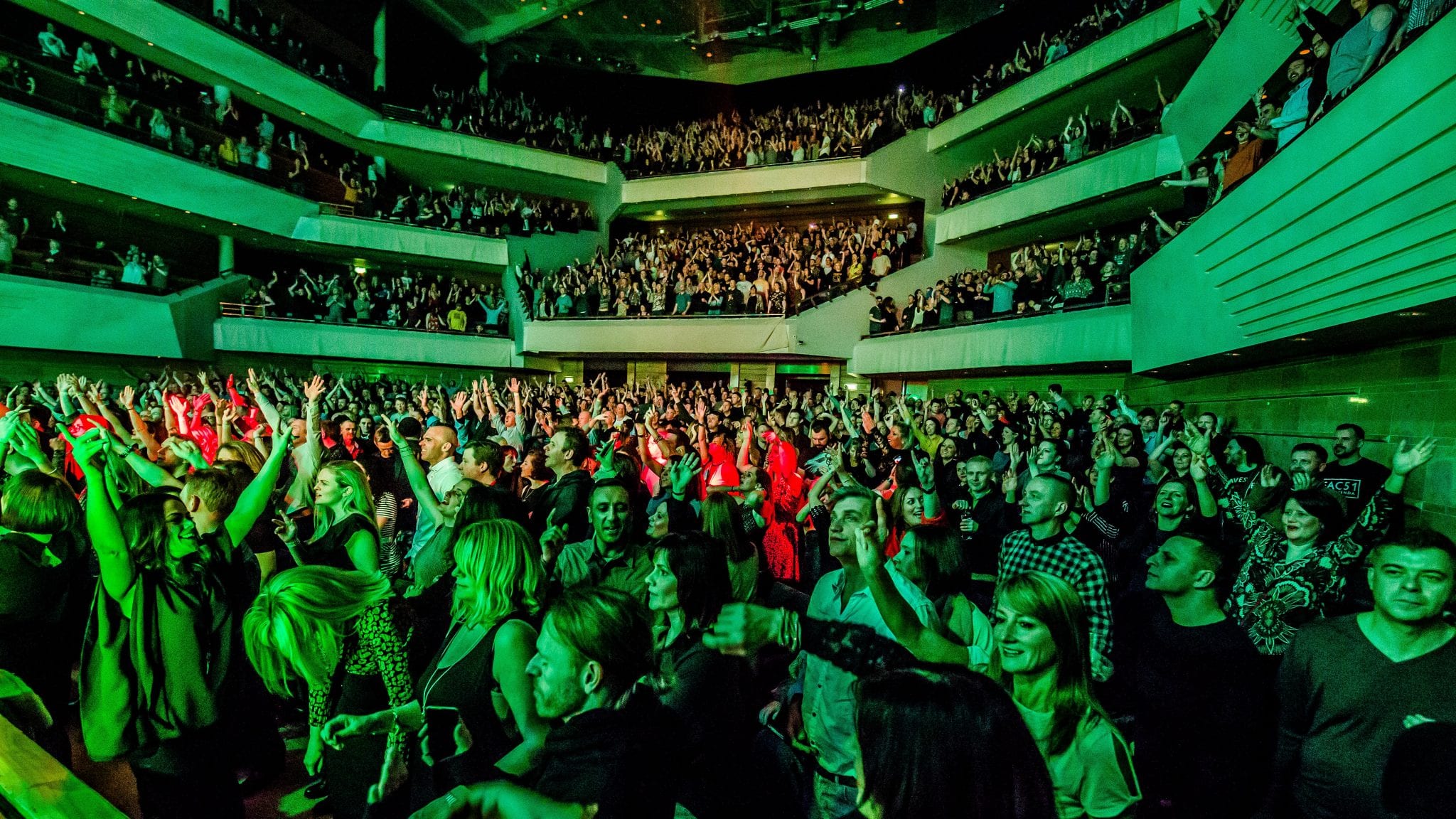 Haçienda Classical – the stunning live music event which brings the iconic sounds and unique atmosphere of the legendary club – is heading to Lytham Festival in 2017.

The critically acclaimed show, which has been a smash hit with dance and classical fans young and old since its debut in 2016, will headline the Main Proms Arena at Lytham Festival on Thursday August 3.

Tickets are on sale now from www.lythamfestival.com or ticketmaster

Haçienda Classical sees the DJs who shaped ground-breaking Haçienda’s sound – Mike Pickering and Graeme Park – collaborate with the Manchester Camerata for a night of classic dance music, innovatively adapted and arranged especially for the occasion.

Speaking about the set for Lytham Festival, Graeme Park said: “I’ve got a spreadsheet. We’re going to keep a few that really work well but largely we’re looking to bring in a whole load of new tracks. We have so many to choose from.

“Over the summer I’ve been playing in Sankeys in Ibiza on Wednesday, playing nothing but 88 to 92 Acid house so I’ve been keeping track of what’s been working and what isn’t, and making a list.

“There’s quite a few tracks there people might have forgotten. Some of them I will need to run past Tim because I’ve got some wacky ideas. All I can tell you is that it’s got around 20 tracks in it, maybe 18.”

2017 is the second year of gigs for Haçienda Classical and will see the seminal tracks that defined a generation at the original club, recreated, renewed afresh and rearranged for a classical orchestra.

Lytham Festival director Peter Taylor added: “Bringing Haçienda Classical to Lytham Festival is really exciting for us as this will provide something completely different for our traditional audience.

“The beauty of Haçienda Classical is that it has such a wide appeal. Whether you are a regular clubber, you want to reminisce about your youth or you enjoy the appeal of something completely new presented by magnificently talented musicians – without a doubt this will be a stunning night on Lytham Green.”

In addition to Haçienda Classical on Thursday August 3, Lytham 2017 will also see headline acts taking to the stage in the Main Proms Arena over a further four nights.

Saturday night will see Ska legends Madness headline. The Camden stars have maintained a huge and loyal following since the 1970s and most recently released their 12th studio album Can’t Touch Us Now.

Limited weekend tickets, The Pass, are also available covering all performances in the main Lytham Green arena from Weds 2– Sun 6 August priced at £175.

VIP tickets and hospitality are available at all events in the main Lytham Green arena. More details www.lythamfestival.com