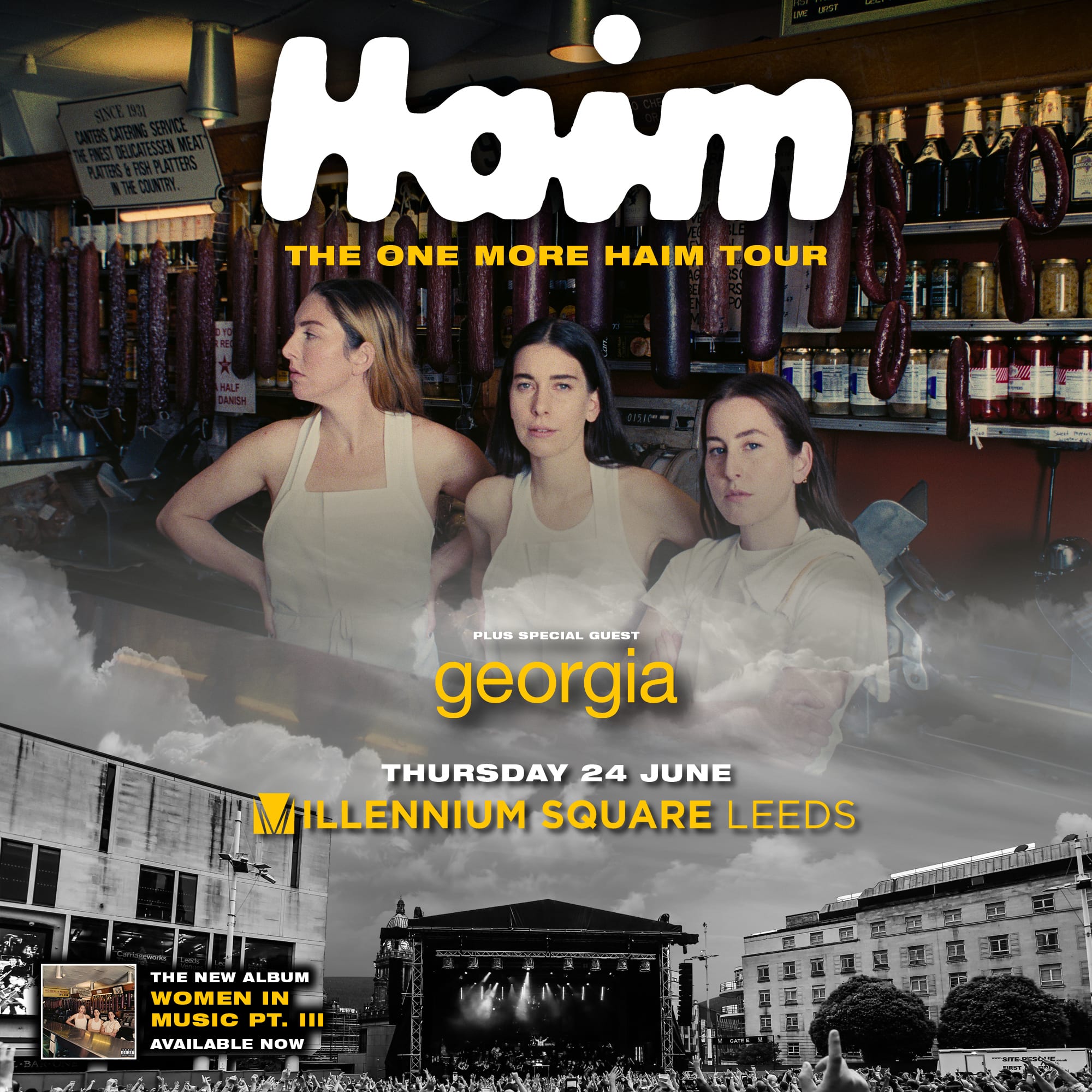 Due to phenomenal demand HAIM are delighted to announce they have added a very special outdoor UK show to their ‘The One More HAIM Tour’.

Tickets go on general sale from 9am on Friday September 25 at cuffeandtaylor.com

This extra special Leeds city centre date is part of Haim’s biggest ever headline UK Tour which sees them play a series of huge show across the country in summer 2021 including a night at London’s O2.

It is a welcome and long-awaited return for the Californian sisters Este, Danielle and Alana, who sold out Alexandra Palace twice the last time they were in the UK and were set to headline Latitude festival this summer before the coronavirus crisis forced its cancellation.

The Millennium Square show is presented by Live Nation concert promoters Cuffe and Taylor. Promoter Peter Taylor said: “We are absolutely delighted to add this very special date to Haim’s 2021 UK Tour. Demand for tickets around the UK has been phenomenal and this is going to be an unmissable night with this unique and stunning band.”

Women In Music Pt. III – the follow up to Haim’s sophomore album, Something To Tell You – topped the UK album chart upon release and has been welcomed with an outpouring of critical acclaim and rave reviews.

NME hailed the album “a thing of great beauty” and “their best album yet” in their 5-star review, while Dork called it “the trio’s most daring venture” and Uncut praised its “intriguing experiments,” “creamy vocal harmonies” and “irresistible instrumental hooks.”

In yet more 5 star reviews The Independent called it “a fearless, effervescent album” while the Telegraph proclaimed the record “their best by a distance,” and The Sunday Times made it their Album of the Week, stating “Call it perfect third album syndrome.”

Haim will be joined for their Leeds date by synth-pop singer-songwriter Georgia whose second album Seeking Thrills was a Top 5 hit in the UK earlier this year.