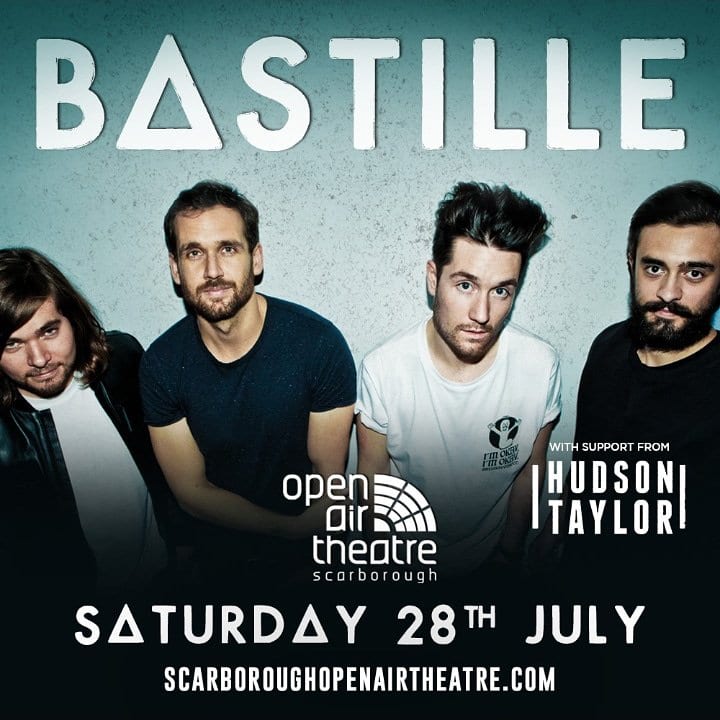 The Irish duo, brothers Harry and Alfie Hudson Taylor, released their ‘Feel It Again’ EP in March – their first new music since their 2015 debut album ‘Singing for Strangers’.

Hudson Taylor will open the show for Bastille at Europe’s largest open air theatre on Saturday July 28. Tickets are on sale at www.scarboroughopenairtheatre.com

Building on the success of the debut album, which featured the hits ‘Chasing Rubies’, ‘Battles’ and ‘Weapons’  Hudson Taylor enjoyed a busy 2017.

Barely pausing for breath, 2018 has seen Hudson Taylor play a sold out headline tour of the UK and Europe and a US tour with Gabrielle Aplin.

Now, ahead of their own autumn UK Tour, they join multi-award-winning Bastille – the band behind such huge hits ‘Pompeii’, ‘Good Grief’, ‘Laura Palmer’ and ‘Things We Lost In The Fire’ – at Scarborough Open Air Theatre.

Tickets are on sale via www.scarboroughopenairtheatre.com or in person from Scarborough Open Air Theatre Box Office (01723 818111) and the Discover Yorkshire Coast Tourism Bureau (01723 383636).