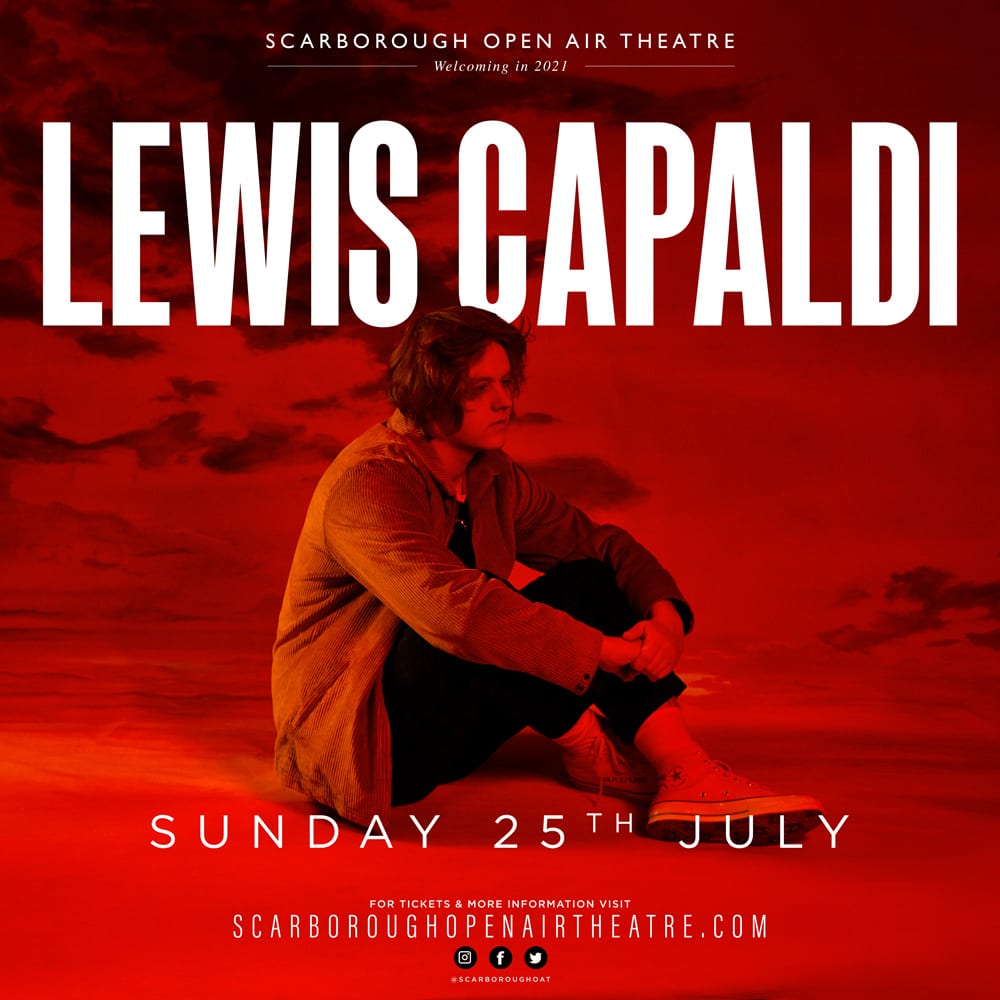 “I’m buzzing to be back playing in Yorkshire again!”

Lewis Capaldi is returning to Scarborough Open Air Theatre next summer for what promises to be another magical night on the Yorkshire coast.

The chart-topping and BRIT Award-winning singer-songwriter played unforgettable two shows at the UK’s largest open-air arena in 2019 – with both dates selling out in record time.

And Lewis – widely regarded as one of the most successful and critically-acclaimed artists of his generation – will return to Scarborough OAT on Sunday July 25.

Tickets go on general sale via scarboroughopenairtheatre.com at 9am on Friday November 6.

Lewis said: “Buzzing to be back playing in Yorkshire again! Scarborough 2019 was absolutely class so I can’t wait to return next summer. It’s a great venue, the crowds there are always unreal and so here’s to another unforgettable night x.”

It has been a whirlwind two years for two-time BRIT Award winner Lewis that has seen him top the charts around the world and sell-out massive arena tours.

He was nominated for the Critics’ Choice Award at the 2019 BRITS before his breakthrough single Someone You Loved topped the UK Singles Chart for seven weeks.

Someone You Loved has become a global anthem – hitting number one on the US Billboard Hot 100. It was nominated for a Grammy Awards for ‘Song of the Year’ and is today the longest-running top 10 UK single of all time by a British artist.

Lewis’ sensational debut album, Divinely Uninspired to a Hellish Extent – which includes the hits as Before You Go, Grace, Hollywood and Bruises – was not only the top-selling album of 2019, but is now on track to be the biggest album in the UK for a second year running. It has yet to exit the UK Top 10 more than 18 months after its release.

2021 will be another incredibly busy year for Lewis with headline shows at arenas and festivals across Europe.

Scarborough Open Air Theatre programmer Peter Taylor said: “Lewis Capaldi is quite simply a music phenomenon – a brilliant live performer, a great guy and someone we are beyond delighted to see return.

“When we booked his two Scarborough OAT shows in 2019 they were the biggest headline gigs Lewis had ever announced – and they sold out in record time.

“Those shows will live long in the memory as brilliant, magical nights and so to welcome Lewis back in 2021 – for what will undoubtedly be his third sell-out show here – is really special.”