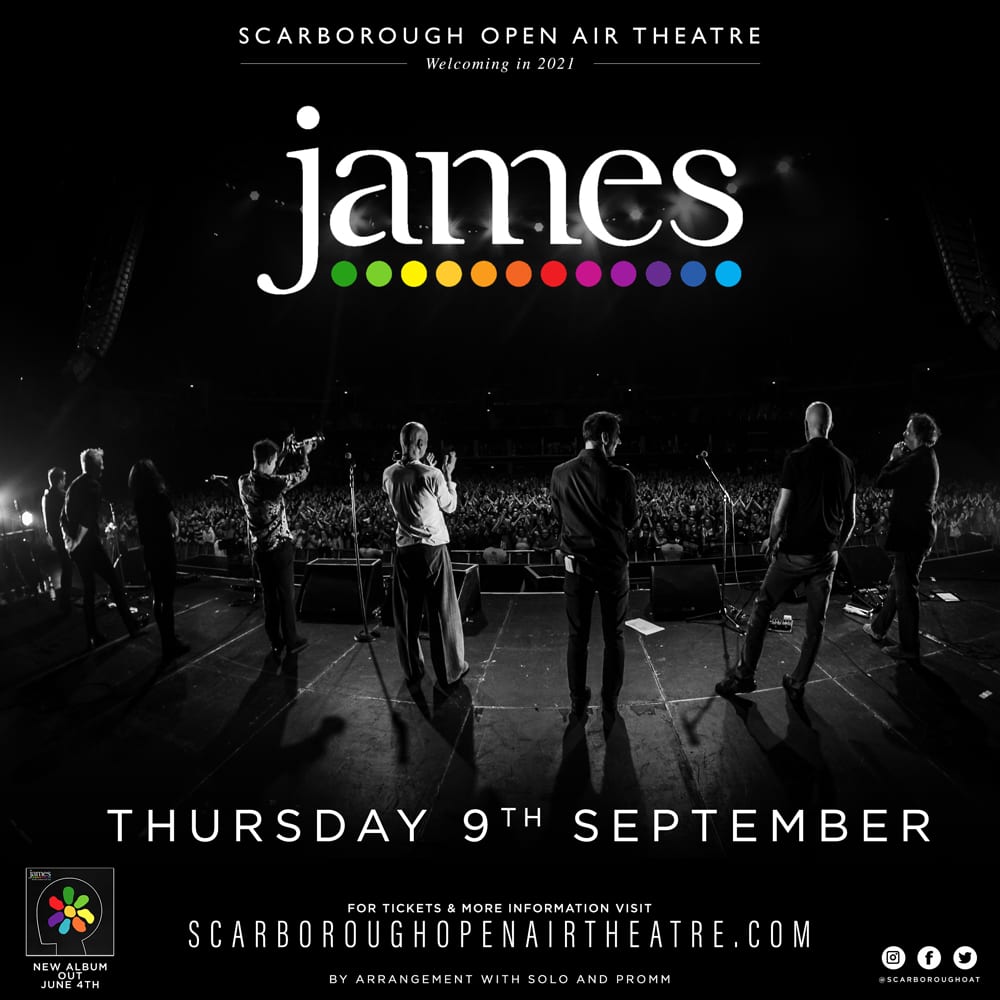 James are delighted to announce a massive outdoor show at Scarborough Open Air Theatre this summer.

The Manchester indie legends – who release their new single Beautiful Beaches today and eagerly-awaited new album All The Colours Of You on June 4 – will bring their sensational live show to the UK’s largest open-air arena on Thursday September 9.

Tickets go on sale at 9am Friday April 23 via scarboroughopenairtheatre.com

This will be the third time James – who gave the world such timeless anthems as Sit Down, Born of Frustration, She’s A Star and Come Home – have headlined Scarborough OAT after amazing shows at the Yorkshire coast venue in 2015 and 2018.

Bassist Jim Glennie said: “We always have a great night there – even back in the days when you had to cross the old moat to get to the audience! We are looking forward to another very special night on the Yorkshire coast.”

James have sold more than 25 million records worldwide over the past 30 years – gaining both critical and commercial acclaim. Their enduring creativity and musical legacy has made them one of the most influential British bands of the last four decades.

They continue to be a huge live draw, headlining festivals and recently selling 60,000 tickets for their 2021 UK arena tour – their fastest selling tour ever.

“They continue to be one of the UK’s most relevant and influential bands – pioneers of the Manchester music scene since the 1980s – and a must-see live act. Roll on September 9… it’s going to be an amazing night!”

Recorded in part before the Covid pandemic struck, All The Colours Of You was produced by the Grammy award-winning Jacknife Lee (U2, REM, Taylor Swift, Snow Patrol, The Killers).

On production duties with James for the first time, he bought a fresh approach to their sound, working remotely from his studio liaising with them, reimagining their demos, and capturing a band in all their virtual glory.

The result is a record with the freshest and festival-ready tracks of James’ 38-year career. It is the sound of one of Britain’s best bands, deconstructed and reassembled by one of the world’s most renowned producers