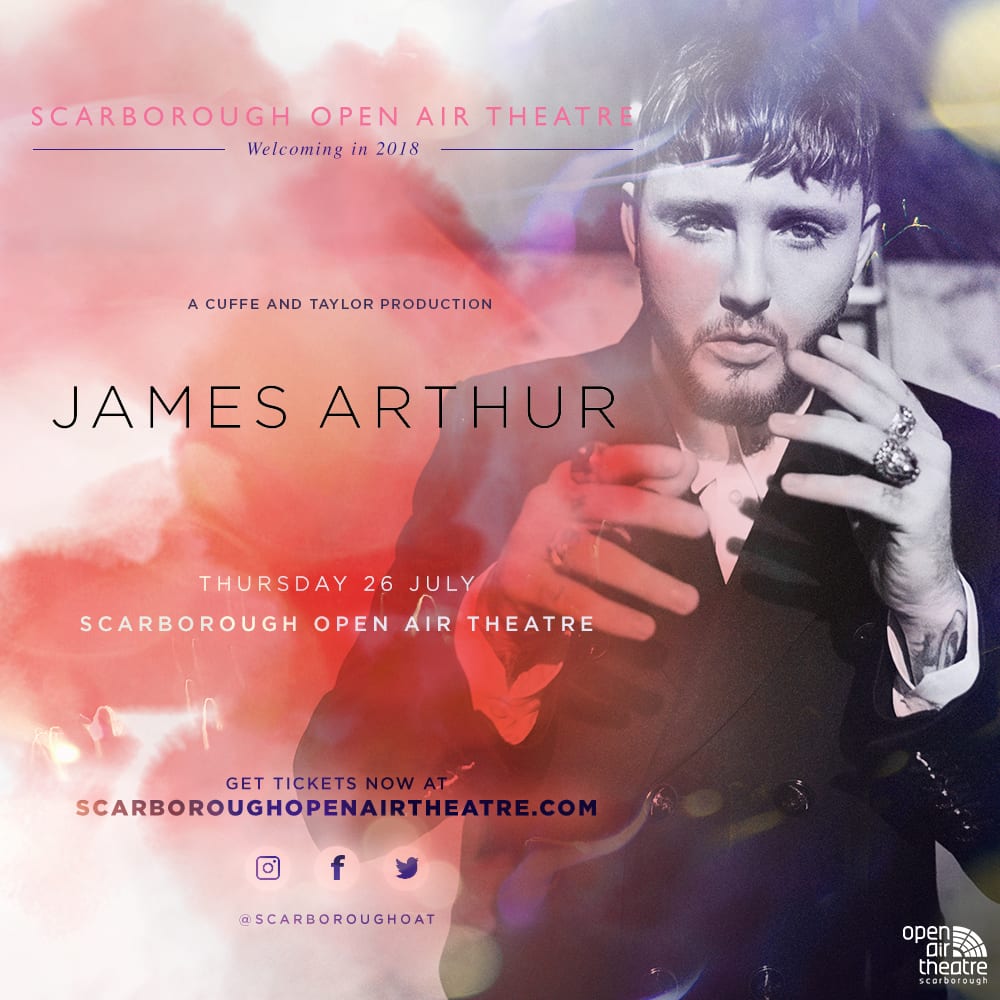 James Arthur is well and truly back, on top of his game and ready to play a headline gig at Scarborough Open Air Theatre this summer.

The man behind such worldwide hits as ‘Impossible’ and ‘Say You Won’t Let Go’ is bringing his stunning live show to Europe’s largest open-air theatre on Thursday July 26.

James is riding high following the huge success of his 2016 album ‘Back From The Edge’ which catapulted him back to the top of the charts and led to a string of sold-out live shows.

After taking two years away from the limelight, James returned in 2016 with his sensational Platinum-selling follow-up album ‘Back From The Edge’.

First single ‘Say You Won’t Let Go’ fired him back to the top of the UK charts – staying at No.1 for three weeks – while the album also hit top spot and won glowing reviews from fans, peers and critics alike.

His new material added a rich, mature, often confessional, quality to the raw passion and unique voice he showcased so wonderfully on his debut. Together with the smash hit ‘Say You Won’t Let Go’, ‘Back From The Edge’ included such wondrous tracks ‘Sermon’, featuring rapper Shotty Horroh, ‘Safe Inside’ and ‘Trainwreck’, which James later described as “one of the best songs I’ve ever recorded.”

His Scarborough OAT show is presented by Cuffe and Taylor. Director Peter Taylor said: “James is one of the most in demand singer/songwriters in the UK today and we are delighted to be bringing him to the Yorkshire coast this summer.

“His live shows are fantastic, full of emotion, great music and, of course, feature one of British music’s most unmistakable and unique voices. This is going to be some night!”