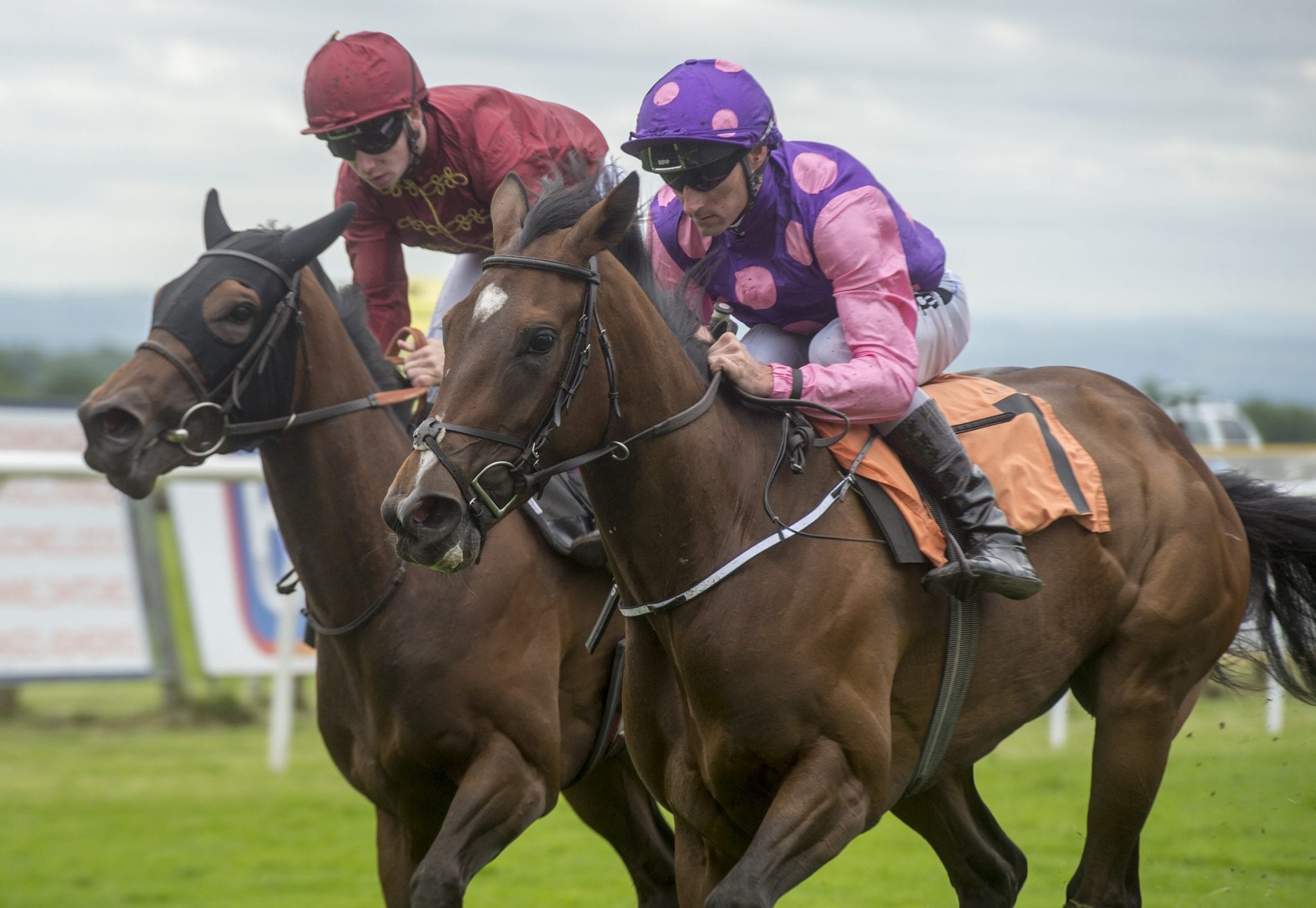 Yes You will look to continue one of the hottest streaks in British flat racing as the three-year-old sprinter heads to Carlisle on Tuesday.

The Iain Jardine-saddled Irish filly has placed in every one of her six outings on the flat in 2017 – winning three of those. Her latest triumph was just five days ago over five furlongs here at Carlisle.

Yes You returns to Cumbria’s premier racecourse again under the command of Jamie Gormley who has 14 winners to his name this season.

They are paired in the Kingmoor Park Properties Handicap where they will face stiff competition from Short Work – a winner at Pontefract a week ago.

Four-year-old Short Work is one of five rides for in-form Daniel Tudhope (pictured above) who is currently eighth in the 2017 Stobart Jockeys Championship behind runaway leader Silvestre De Sousa.

Three of Tudhope’s other rides on the day are also David O’Meara-saddled entries – Undercover Brother, Bombay and Major Crispies – along with the John Quinn-trained Catastrophe. Four-year-old Catastrophe certainly does not live up to his name given he has placed in three of his last four outings.

Paul Mulrennan – who lies 12th in the Jockeys Championship with 72 winners to date – has two fancied runners in Tuesday’s seven race card.

They are the Michael Dods-trained Rossall in the Baines Wilson Llp Nursery Handicap and Han Solo Berger in the Armstrong Watson Novice Auction Stakes. Saddled by Keith Dalgleish, the Irish colt won by a nose last time out at Hamilton.

All races on Tuesday are named after local companies or organisations as part of Carlisle Youth Zone’s fourth annual fund-raising race day.

VIP tables for the day sold out more than four months in advance. All profits will be used to fund the “Get A Future” project which aims to identify and nurture Carlisle’s talented youngsters and find them an appropriate career path.

More than 250 people will attend a Champagne reception, which is being hosted by accountants, business and financial advisers, Armstrong Watson.

Geraldine McKay, General Manager of Carlisle Racecourse, said: “We are looking forward to another wonderful day of racing here at Carlisle.

“Again, there are some intriguing match ups, none more so in the 5.15 when Yes You will look to carry on her hot streak and continue her winning form here at Carlisle.

“Away from the track we look forward to welcoming all those local organisations and companies who are supporting Carlisle Youth Zone’s annual fun-raising day.

“This is an important day which not only helps raise funding but also awareness of such a vital initiative as the Youth Zone. We are sure everyone will have a great day here.”

Tickets for Tuesday’s meeting £14 (in advance) or £17 (on the day). Under-17s get in free when accompanied by an adult. Tickets are available by calling 0344 579 3002 or by going online at carlisle.thejockeyclub.co.uk