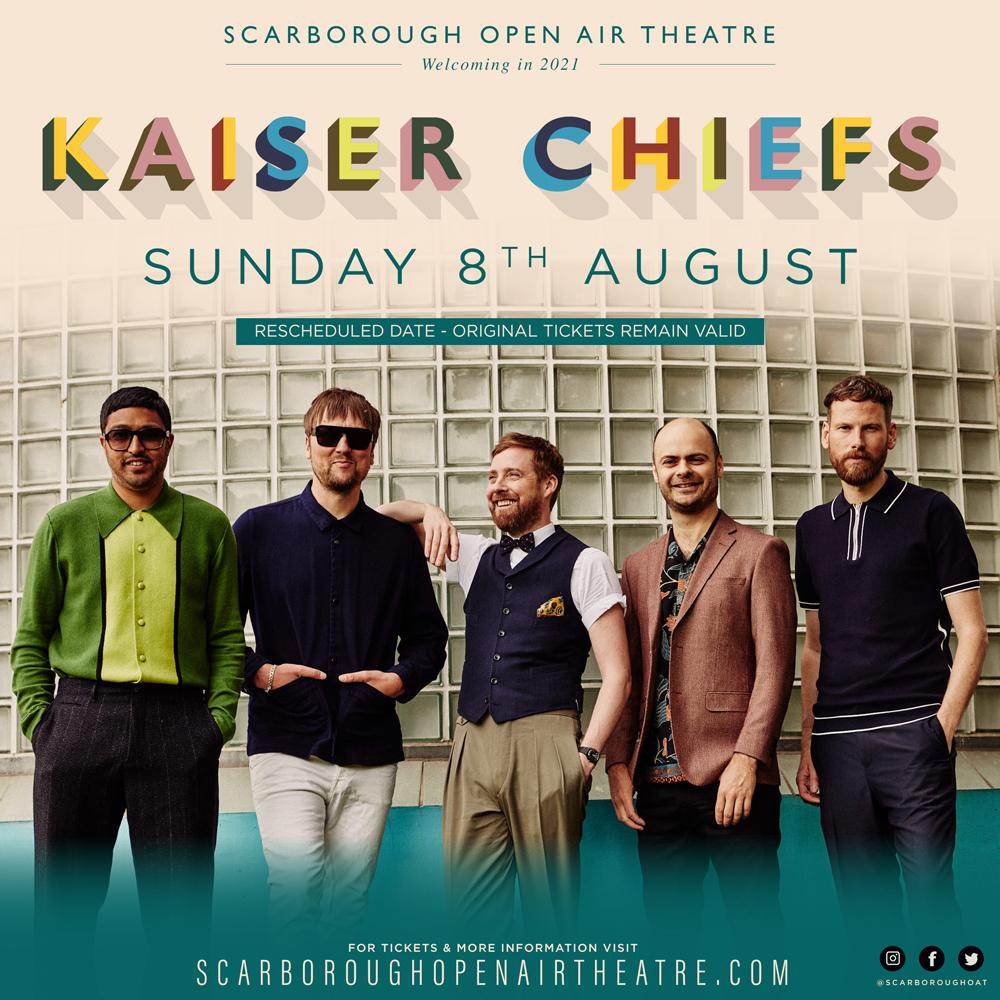 KAISER CHIEFS ARE BACK TO HEADLINE SCARBOROUGH OAT

Yorkshire’s very own Kaiser Chiefs are heading to the coast this summer for what promises to be a stunning headline show at Scarborough Open Air Theatre.

Tickets are on sale now via scarboroughopenairtheatre.com

The Scarborough show will be a much-requested return to the venue for Kaiser Chiefs. The multi-award-winning band played an explosive show at Scarborough OAT back in 2017 – and fans have been asking for them to return ever since.

Kaiser Chiefs frontman and national treasure Ricky Wilson said: “We cannot wait to get back to playing live shows again and it will be great to return to this stunning Yorkshire venue. We had a cracking night there in 2017 so roll-on August 8!”

Seventeen years into an incredible career, they have truly made their mark on the British music scene with such anthemic hits as Oh My God, I Predict A Riot, Everyday I Love You Less and Less, Ruby, Never Miss A Beat and Hole In My Soul.