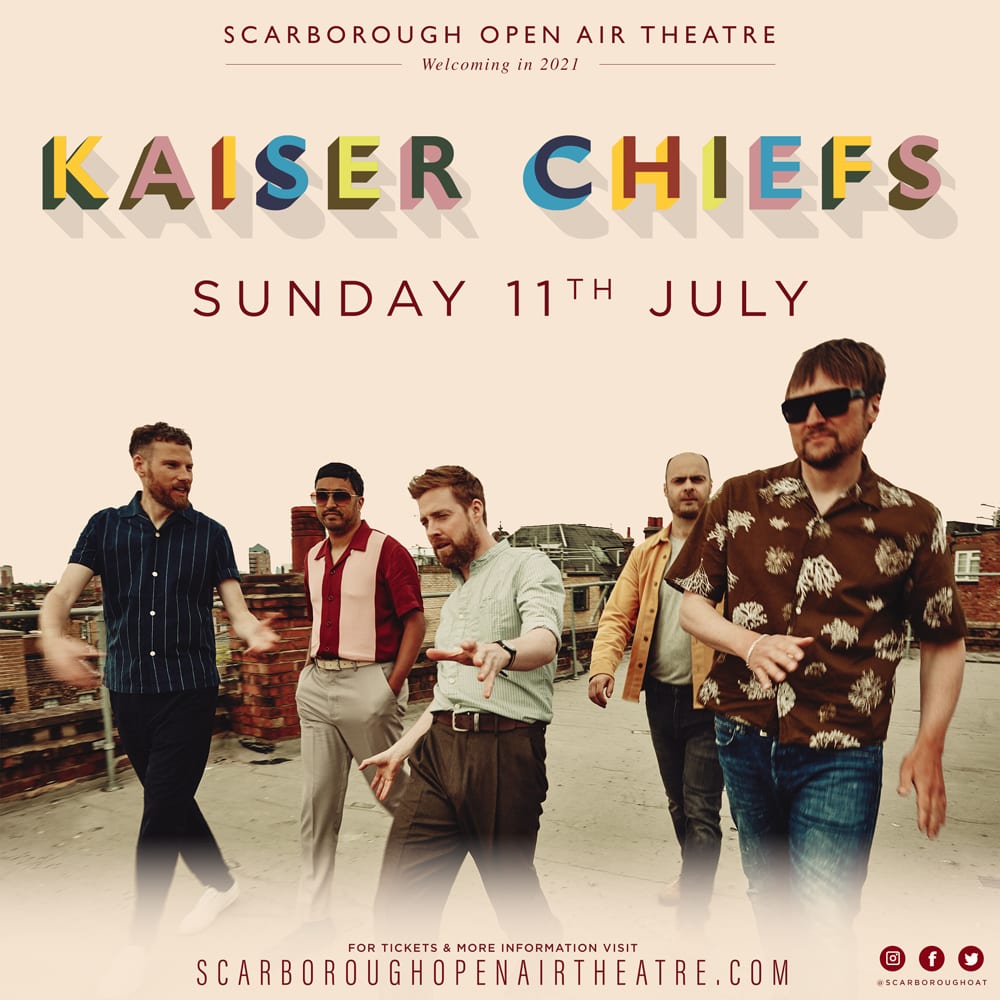 Yorkshire’s very own Kaiser Chiefs are heading to the coast next summer for what promises to be a stunning headline show at Scarborough Open Air Theatre.

Next summer’s Scarborough show will be a much-requested return to the venue for Kaiser Chiefs. The multi-award-winning band played an explosive show at Scarborough OAT back in 2017 – and fans have been asking for them to return ever since.

Kaiser Chiefs frontman and national treasure Ricky Wilson said: “We cannot wait to get back to playing live shows again and it will be great to return to this stunning Yorkshire venue. We had a cracking night there in 2017 so roll on July 11!”

Sixteen years into an incredible career, they have truly made their mark on the British music scene with such anthemic hits as Oh My God, I Predict A Riot, Everyday I Love You Less and Less, Ruby, Never Miss A Beat and Hole In My Soul.