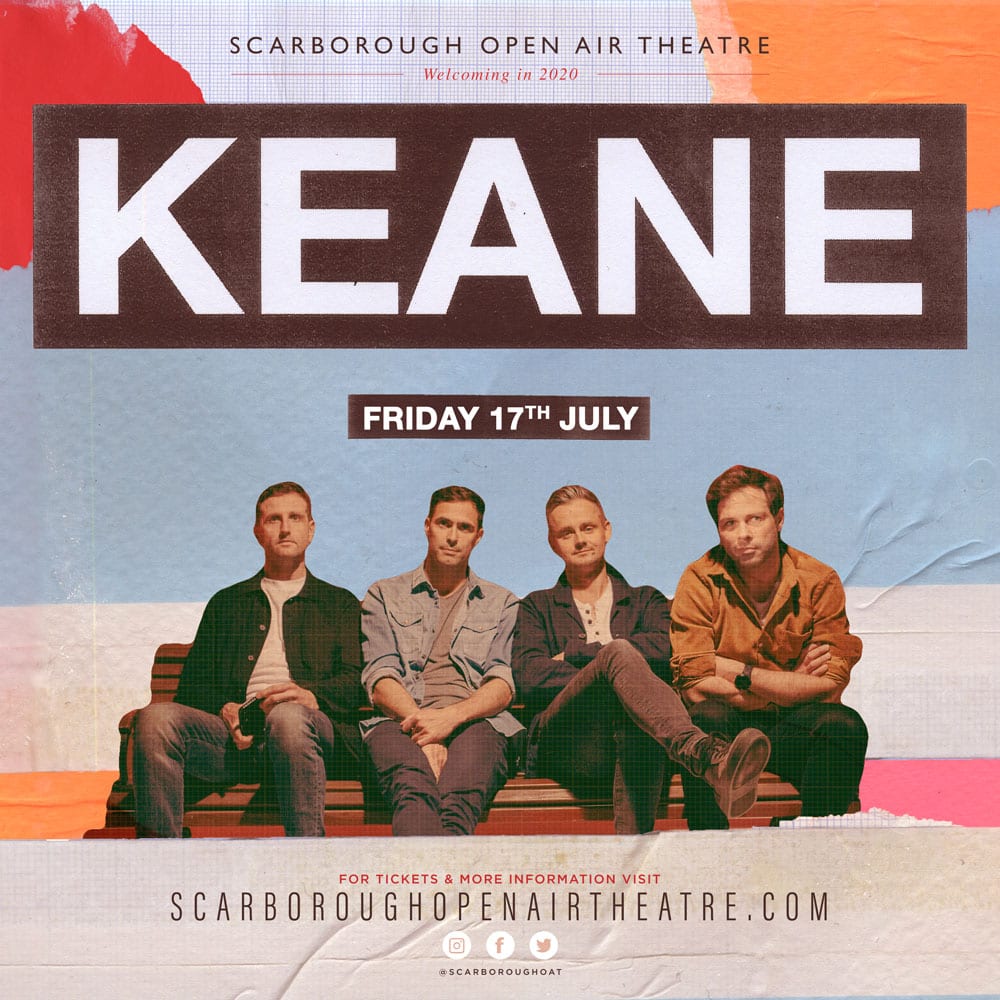 Keane – one of Britain’s most successful and beloved bands of the last 20 years – are back and heading to Scarborough Open Air Theatre this summer.

The East Sussex chart-toppers delighted their legions of devoted fans by returning from a six-year hiatus in 2019 with brilliant new album Cause and Effect.

And Keane can today confirm they will play a massive headline gig at Scarborough Open Air Theatre – the UK’s largest open air arena – on Friday July 17.

Tickets go on general sale via www.scarboroughopenairtheatre.com at 9am on Friday January 31.

Their 2004 debut album Hopes and Fears, which gave the world such timeless classics as Somewhere Only We Know, Everybody’s Changing, This Is The Last Time and Bedshaped, is ranked among the UK’s 40 best-selling albums of all time.

Cause and Effect – which includes the singles The Way I Feel, Love Too Much and Stupid Things – was produced by David Kosten and the Keane themselves, and is the sound of a band rejuvenated.

However, the birth of the album came as something of a surprise even to the band. Singer Tom Chaplin had released two successful solo albums but missed his old sparring partner Tim Rice-Oxley.

When Tom, bassist Jesse Quin and drummer Richard Hughes heard the songs Tim had been working on they were immediately drawn to them, both sonically and lyrically, and Keane were reborn. As Tim says: “We’re not some heritage act. We’ve got a lot of great music in us.”

Together with Cause and Effect, which hit Number Two in the UK Album charts, Keane also returned to the stage last summer with a string of brilliant live shows which included two nights at The Royal Albert Hall.

Keane’s appearance at Scarborough OAT is presented by promoters Cuffe and Taylor. Director Peter Taylor said: “As soon as Keane announced last year they were back and ready to take to the stage again we knew we had to bring them to Scarborough OAT.

“This special arena was created for artists like Keane. Their songs are beautiful, anthemic, the soundtrack to many people’s lives over the last 20 years, and I’m sure their army of fans cannot wait to see these songs played live here… I know I certainly can’t!

“Keane are an incredible live band and this is unquestionably going to be one of the gigs of the summer.”