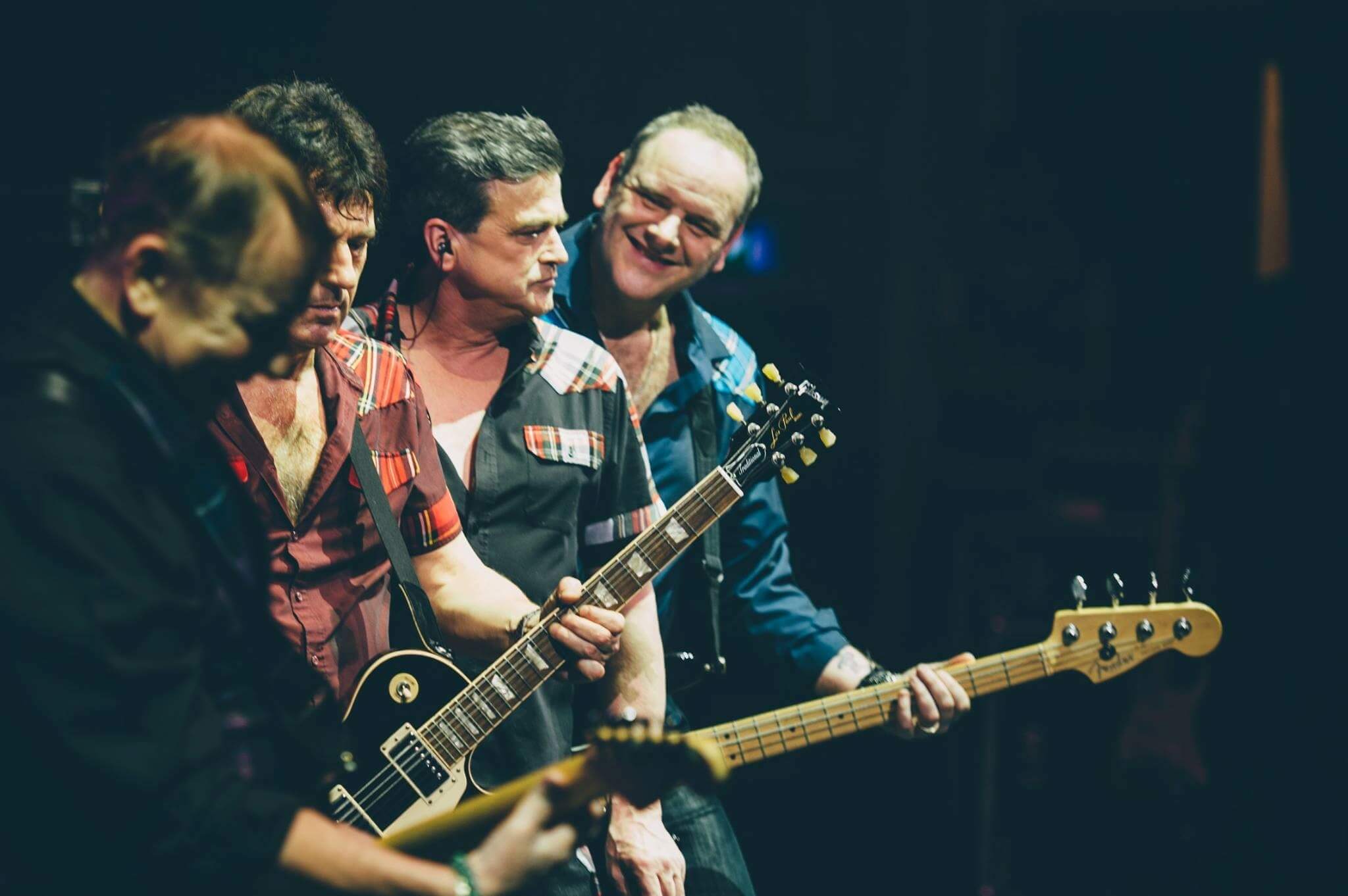 It is announced today that Les & Alan’s Bay City Rollers will be heading to Glasgow as part of their UK tour this December.

Rollermania will arrive in town as the Scottish 70s pop stars take to the stage at the SSE Hydro on Sunday December 11 for a Shangalang Christmas Party.

The Bay City Rollers will also perform at venues across the UK along with special guests & fellow 70’s icons Sweet:

Tickets for The Rollers’ Shangalang Christmas Party at the SSE Hydro are priced from £29.50. They go on sale 9am September 2 and are available from www.ticketmaster.co.uk

The band came to fame in the 1970s with a string of hits which quickly earned them the title of ‘biggest group since the Beatles’ and transformed them into worldwide teen idols.

With hits including Shangalang, Rememberand their cover of Four Seasons hit Bye Bye Baby, the band boast ten UK top 10 singles and four UK top 10 albums. They also broke the American market scoring a number one in the Billboard 100 with their track Saturday Night.

During their career the band have performed everywhere from the UK to Japan and after their twelve-year hiatus reunited as part of a millennium concert in their hometown of Edinburgh on New Year’s Eve 1999.

These latest dates come hot on the heels of performances at T in the Park and Lytham Festival during the summer where the band brought ‘rollermania’ to a whole new audience.

Their last Christmas tour saw tickets flying out of the door with four nights at the Barrowlands selling out just nine minutes after they went on sale, and this year is expected to be no different.

“The success of last year’s Christmas tour and their summer festival appearances have spurred the band on to new heights and we think there might be a few surprises in store for die-hard rollers fans – so don’t miss out.”

Cuffe and Taylor Director Peter Taylor said: “The Bay City Rollers are a hugely loved band that were idols for teenagers across the globe in the 70s.

“I’m sure that lots of people will have fond memories of rollermania sweeping the nation and will be keen to relive it on this tour.

“These dates are going to be extremely popular with the band’s tartan army of fans so we’d advise booking without delay to secure your ticket.”

Tickets priced from £29.50 go on sale 9am September 2 and are available from www.ticketmaster.co.uk