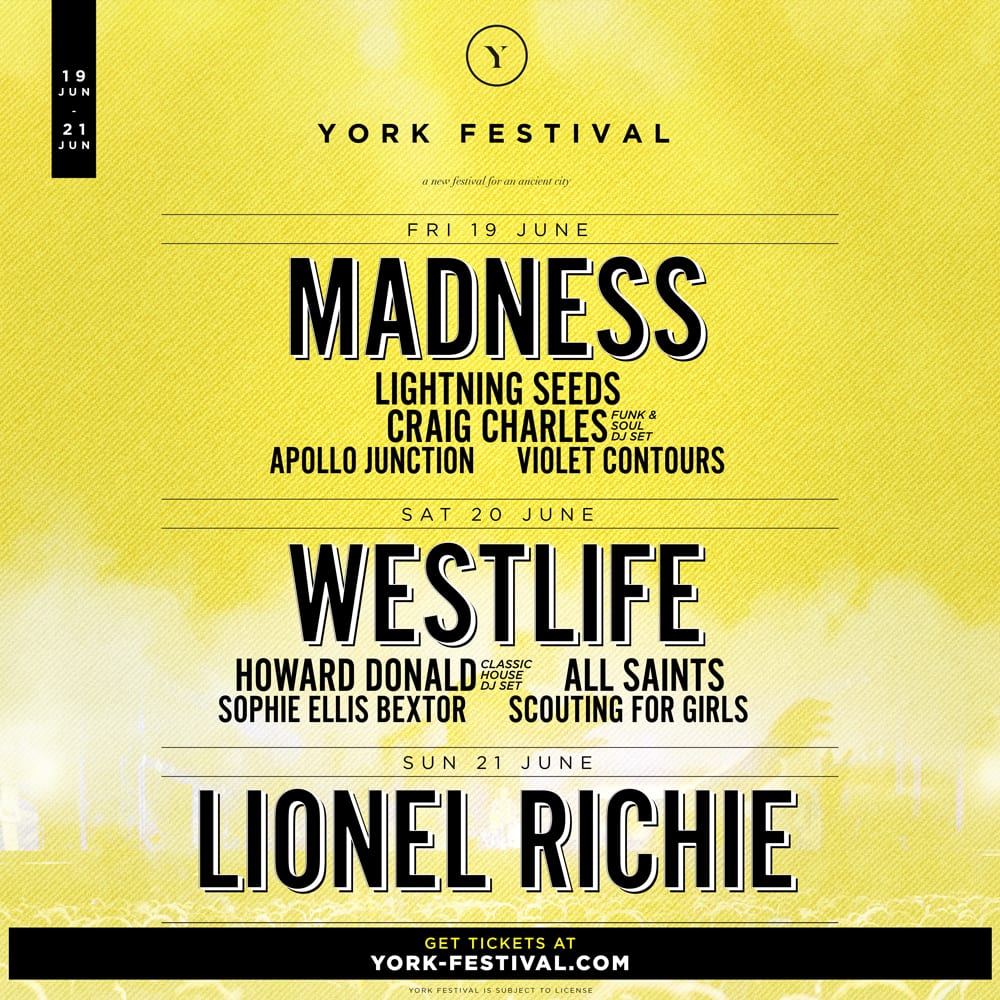 The three-day music festival will be held at York Sports Club between Friday June 19th and Sunday June 21st 2020.

Three-day passes – giving festival-goers access to all nights – are on sale now from www.york-festival.com

Director Peter Taylor said: “This is the very first York Festival so we wanted to make this a very special debut year.

“To have Lionel Richie, Westlife and Madness as headliners – alongside many other brilliant chart-topping artists – is a real coup. We feel this is the perfect line-up for the first year of what we hope will become a major annual event in this wonderful and historic city.

“We cannot wait for Friday June 19th and opening night. This really is going to be a weekend to remember!”

Nigel Durham, Trustee of York Sports Club and Chairman of York Cricket Club, said: “We are delighted to be hosting the first York Festival – a major new event for the city of York.

“An historic city the size and stature of ours truly deserves a high-profile music festival like this. And to be attracting such massive stars as Lionel Richie, Westlife and Madness is just brilliant.

“And with the festival being staged in the heart of the city, right here at York Sports Club, this really will capture the imagination and be a great thing for the city, residents, local businesses and visitors.”

Cuffe and Taylor are working closely with City of York Council and Make It York, which showcases and promotes the city around the world.

Welcoming the York Festival line-up, Sean Bullick, managing director of Make It York, said: “York Festival will be a brilliant addition to the city’s already busy calendar of summer events for both residents and visitors to enjoy. Welcoming such music legends and chart-topping artists, as well
as showcasing local talent, is another step forward for York’s cultural offer and we are delighted to help spread the word to audiences.”

Three-day day Passes for York Festival are on sale now priced from £129 and are available from www.york-festival.com

Individual tickets priced from £39.50 will go on sale at 9am Thursday November 28.

For more information go to www.york-festival.com