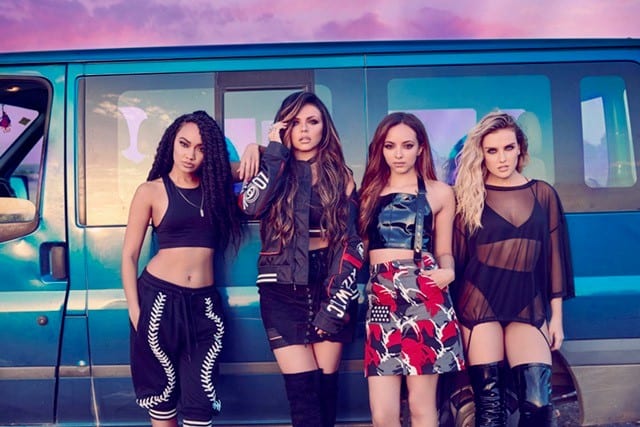 The world’s biggest girl band LITTLE MIX are heading to Scarborough and Southampton in 2017 as part of their ‘Summer Shout Out’ tour.

Since 2011, Perrie Edwards, Jesy Nelson, Leigh-Anne Pinnock and Jade Thirlwall have established themselves as one of British pop’s brightest acts.

And Little Mix bring their sensational stage show – featuring such signature hits as Shout Out to My Ex, Black Magic, Hair and Wings, alongside tracks from their new album Glory Days – to Scarborough OAT on Thursday July 6 and then Southampton’s Ageas Bowl on Sunday 9.

Tickets go on sale at 9am Friday January 20 priced from £35 and are available from www.ticketmaster.co.uk

Pop acts like Little Mix don’t come along that often. Growing better and bolder with each new album, they understand the brilliance of pop music and how it relates to their passionate and loyal fan base.

2016 was an incredible year for the band with another massive No.1 single Shout Out To My Ex, and their album Glory Days, shooting straight to No.1 on the Official Albums Chart.

The record has spent a total of four weeks in the peak position and is the quickest selling album in the UK charts by a girl group since Destiny’s Child’s Survivor in 2001. It is also the longest-reigning girl group No.1 album of the millennium.

The Scarborough and Southampton dates are part of the band’s 13-date ‘Summer Shout Out’ tour and are being organised by promoters Cuffe and Taylor.