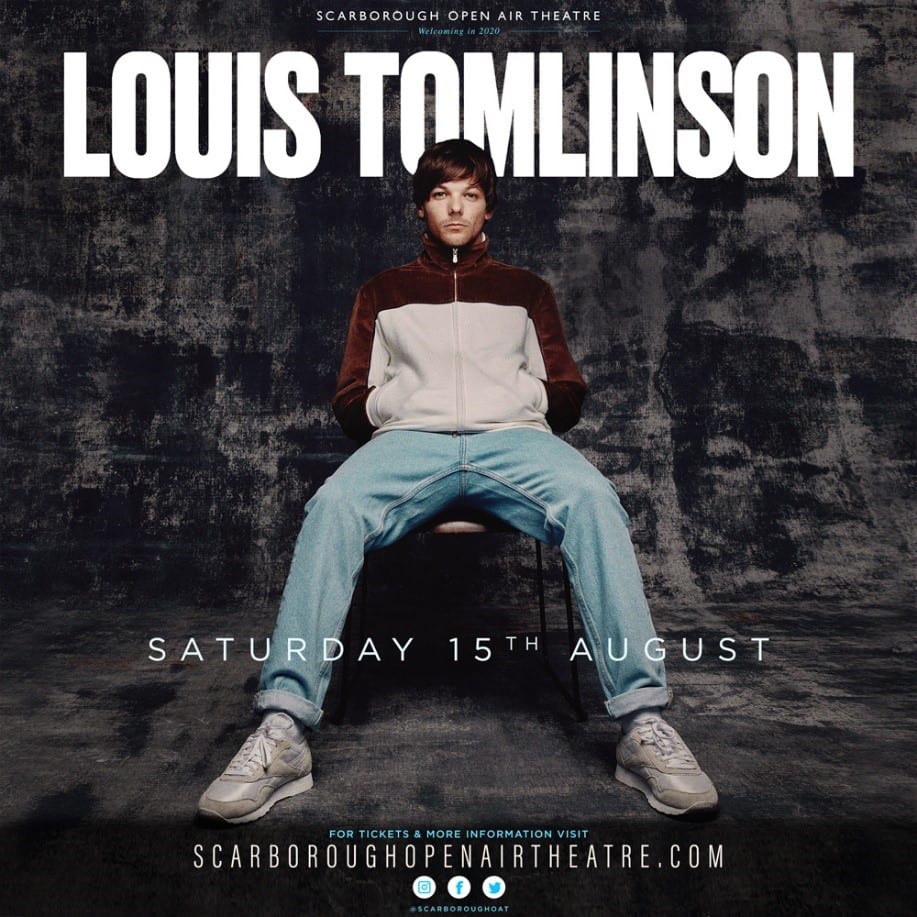 Louis Tomlinson is extending his first ever solo World Tour with a massive outdoor show on the Yorkshire coast.

Tickets go on general sale via www.scarboroughopenairtheatre.com at 9am on Friday (February 14).

As a member of global pop phenomenon One Direction, Yorkshire-born Louis sold more than 100 million records. He honed his song writing skills during his six years in the band which is clearly evidenced on his acclaimed debut album WALLS which was released last week to wide acclaim.

Louis’ World Tour kicks off on March 9 in Barcelona and then includes shows in Paris, Berlin, Dubai, Sydney, Tokyo, Rio De Janeiro, five sold-out nights in the UK, before heading to North America.

And now Louis can confirm an extra UK date on the stunning Yorkshire coast.

The show at Scarborough OAT is presented by promoters Cuffe and Taylor. Director Peter Taylor said: “We are delighted to be bringing Louis Tomlinson’s first ever World Tour to this wonderful venue.

“Louis was an integral part of the biggest global pop phenomenon of the last 20 years and is also a proud Yorkshireman, so this is going to be a must-see date for his fans.

“His debut album is brilliant and demand for tickets for his World Tour has been immense. We cannot wait to welcome Louis and his fans to this special arena for what will be a fantastic night.”

Louis began life as a solo artist with two hit collaborations – the club-ready Just Hold On with Steve Aoki and the brooding Bebe Rexha duet Back to You. These two singles have garnered more than one billion streams alone.

But 2019 was the year he truly found his feet as a solo artist. He followed his award-winning return in March with a run of acclaimed singles – the raucous Kill My Mind, the heartfelt Two of Us, reflective We Made It and the soaring pop perfection of Don’t Let It Break Your Heart.

Lyrically, he is rightly proud of all 12 tracks on the album, most rooted in real life, but in particular those that dig deep on subjects ranging from relationships and family to the folly of youth and days of self-doubt. Live, he is most looking forward to performing the songs that reflect the indie-rock he grew up on and still adores today.

“I feel like this is the start of my career, with so much to look forward to and all the plans in place,” says Louis. “Honestly, I’ve been through every emotion possible in the past few years and come out the other side stronger and more confident than I’ve ever been. I know I’ve made an album that my fans will like, one that sounds like me and has its own identity. There were times I wasn’t sure if this was what I should be doing. Now I can’t imagine doing anything else.”