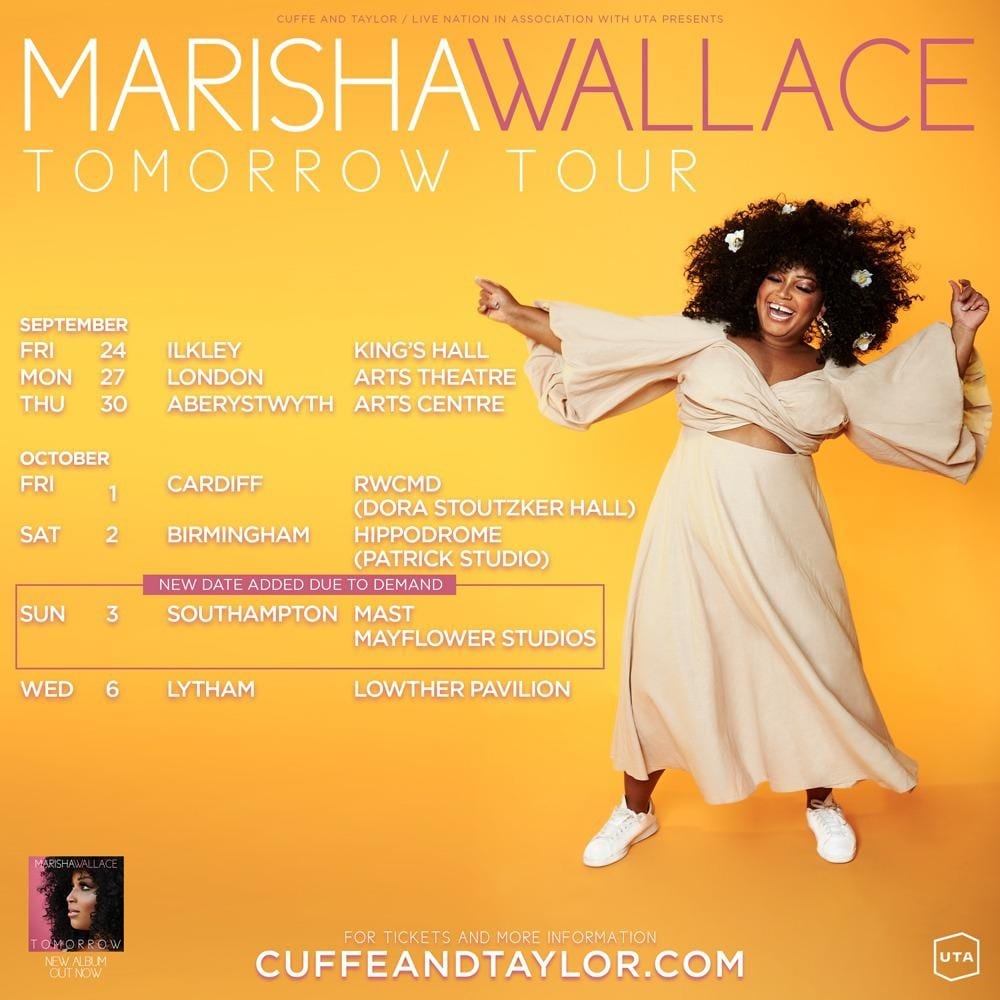 West End and Broadway sensation Marisha Wallace is delighted to confirm she is adding a new date to her 2021 UK Tour.

Tickets go on sale at 10am on Thursday April 22 via cuffeandtaylor.com

Marisha, who is gearing up to star alongside Michael Ball in the all-new West End production of Hairspray this summer, said: “I am absolutely thrilled to confirm I will be bringing my all-new UK Tour to Southampton this October.

“The thing I have missed the most in the last year is performing in front of a live audience so it will be wonderful to get back on stage and do what I love the most.

“The response to my album has been simply incredible and I am so looking forward to singing it live on this tour alongside many songs from stage shows audiences know and love. So, what are you waiting for… go get your tickets now!”

UK audiences have taken Marisha to their hearts ever since the girl who grew up on a North Carolina farm arrived in London’s West End to take on the iconic role of Effie White in Dreamgirls.

Her Decca debut ‘Tomorrow’ – which was BBC Radio 2’s ‘Album of the Week’ on its release – is a stunning collection of songs delivered by a true voice of our time.

The album includes the barnstorming hit singles ‘Faith’ ‘Alive’ and ‘Before I Go’ alongside Marisha’s own phenomenal renditions of ‘Tomorrow’, ‘Purple Rain’, ‘Climb Every Mountain’ and ‘The Show Must Go On’ on which she duets with Michael Ball.

Although the lockdown has meant theatres have remain closed, Marisha has won many plaudits for her recent televised live performances at the Royal Variety Performance, Strictly Come Dancing and ITV’s Dancing On Ice.