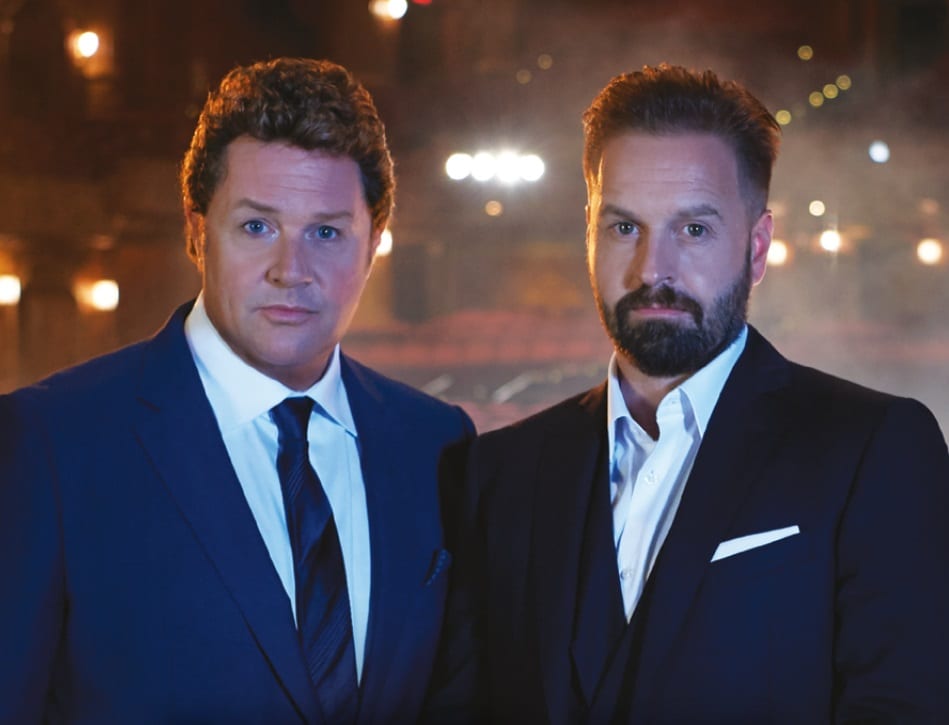 Having  first  met  10  years  ago,  performing  together  in  Kismet  at  the  London  Coliseum,  Michael  and   Alfie  became  lifelong  friends.

This  instant  personal  connection  and  professional  mutual  admiration  makes  for  the  perfect  pairing  and,   to  the  delight  of  their  hundreds  of  thousands  of  fans  across  the  globe,  has  been  finally  realised  with  the   Decca-­released  ‘Together’  to  spectacular  success.

The  two  critically-­acclaimed  artists  have  received  a  plethora  of  prestigious  awards,  record-breaking   sales  and  chart  successes.