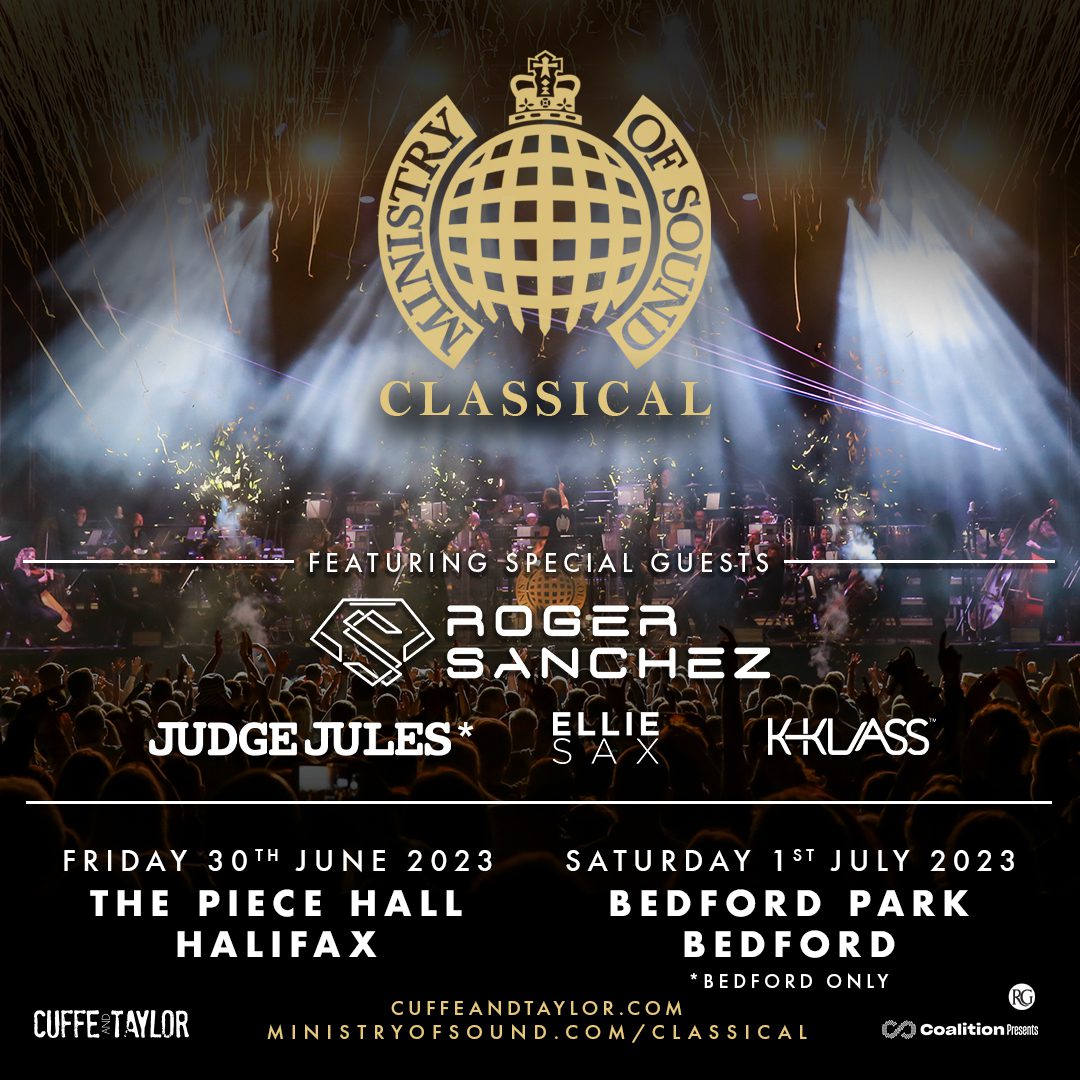 The incredible live music spectacle hits The Piece Hall, Halifax, on Friday June 30 –with special guests Roger Sanchez, K-Klass and Ellie Sax on the decks at the historic Yorkshire venue.

The show then heads south to Bedford Park, Bedford, on Saturday July 1 when Judge Jules joins Roger, Ellie and K-Klass among the guest DJs.

Tickets for the Halifax and Bedford shows go on sale at 9am on Friday December 16 via ticketmaster.co.uk

Clubs do not come more iconic than Ministry of Sound. The legendary London venue was at the heart of the huge house scene of the 1990s and is one of the biggest global brands in dance music.

Since 1991, Ministry of Sound has dominated dance music, establishing itself as one of the world’s most iconic brands. It redefined the compilation album, with its all-conquering ‘The Annual’ series and attracts millions of clubbers to its global events annually.

Ministry of Sound Classical has wowed sell-out audiences around the country. Together with the new dates in Halifax and Bedford it heads to The Wyldes in Cornwall on June 16 and the Royal Albert Hall on September 16.

Sting, Madness, Rag’n’Bone Man, The Lumineers and War On Drugs areamong the headliners for ‘Live at The Piece Hall 2023’ which is set in The Piece Hall’s iconic open-air courtyard.

George Ezra, Sting, The Jacksons and West End Proms are the fellow headliners for next summer’s Bedford Park Concerts – with more artists still to be announced.