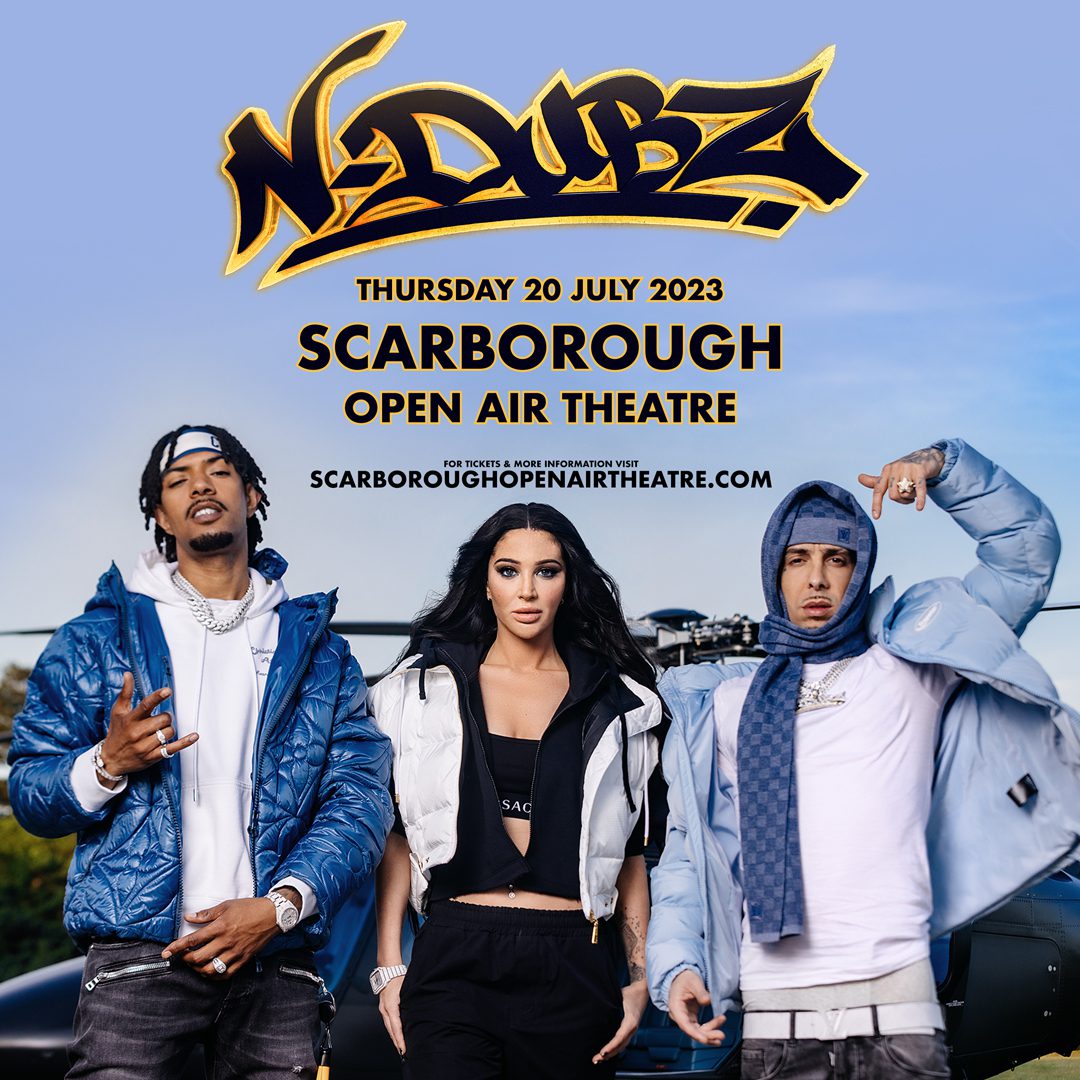 N-Dubz make a massive announcement today with five huge open-air headline shows taking place next summer across the UK – including a date on the Yorkshire coast.

Right now the chart-topping and multi-award winning hip-hop trio are playing to sell-out crowds on their first UK Arena Tour in 11 years.

And they are delighted to confirm a new headline show at Scarborough Open Air Theatre on Thursday July 20.

Tickets go on sale at 9am on Friday November 25 via scarboroughopenairtheatre.com

The Scarborough OAT show is one of five big outdoor N-Dubz gigs next summer.

N-Dubz are quite simply a cultural phenomenon. For six years from 2006 to 2012 they dominated the UK charts and the media alike.

They have sold 1.3 million albums, with their first two albums Uncle B and Against All Odds certified Platinum in the UK. In 2009 they hit No.1 on the UK Singles Chart with the Number One – their smash-hit collaboration with Tinchy Stryder.

N-Dubz have won four MOBO awards – Best Newcomer in 2007, Best Album and Best Act in 2009 and Best Song in 2010 for their single Playing with Fire. They won a O2 Silver Clef Award in 2009 and were nominated for Best British Single at the BRITs in 2010.

They returned earlier this year with the release of new single Charmer – an instant classic N-Dubz song featuring their trademark storytelling via the slick raps of Dappy and Fazer, alongside the sassy vocals of Tulisa.

Their current ‘The Back To The Future Tour’ takes in many of the UK’s biggest cities and is giving fans the chance to hear all their favourite N-Dubz songs live for the first time in more than a decade.

N-Dubz join Sting, Pulp, Hollywood Vampires and the week-long run of the international touring production of Mamma Mia! at Scarborough OAT next summer – with many more headline artists still to be announced.