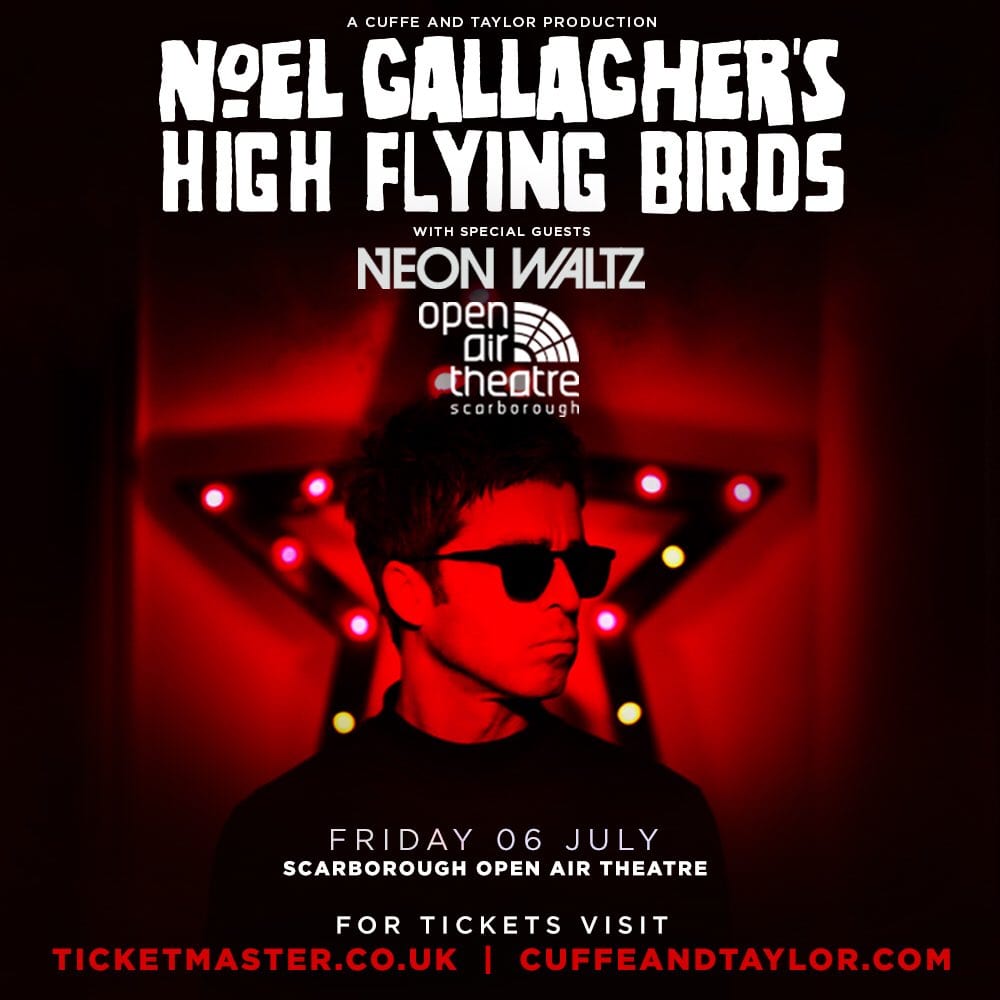 Neon Waltz have been named one of the finest new British bands of the year by the likes of Q, NME and Shortlist to name a few… and this is just the beginning.

Hailing from the most northerly point of the UK, the Caithness band honed their majestic sound in an abandoned cottage, where they recorded a set of demos that would form the basis of their debut album ‘Strange Hymns’ out now on Ignition Records.

And now they head to the Yorkshire coast to support Noel Gallagher’s High Flying Birds on Friday July 6.

Tickets are on sale now via www.scarboroughopenairtheatre.com

Fresh from the success of the No.1 album ‘Who Built the Moon?’ – and sold out tour dates around the world – Noel Gallagher’s High Flying Birds return to Scarborough OAT after a sell-out show at the venue in 2016 as part of the ‘Chasing Yesterday Tour’.

‘Who Built the Moon?’ – featuring the singles ‘It’s A Beautiful World’ and ‘Holy Mountain’ – is the third album from Noel Gallagher’s High Flying Birds and was released in November.

Noel and his band are currently playing to sell-out crowds around the world as part of their massive ‘Stranded On The Earth World Tour 2018/19’.

The Scarborough OAT date is presented by Cuffe and Taylor. Director Peter Taylor said: “We are thrilled Noel Gallagher’s High Flying Birds are heading back to Scarborough Open Air Theatre this summer after their brilliant gig here in 2016.

“And we are delighted to today announce Neon Waltz will be joining Noel here for what will be a show no-one will want to miss.

“They are a band that has made the music world sit up and take note and so we are very happy to be bringing them here to Scarborough OAT for what will be another great night.”

Tickets are on sale from www.scarboroughopenairtheatre.com or from Scarborough Open Air Theatre Box Office (01723 818111) and the Discover Yorkshire Coast Tourism Bureau (01723 383636).