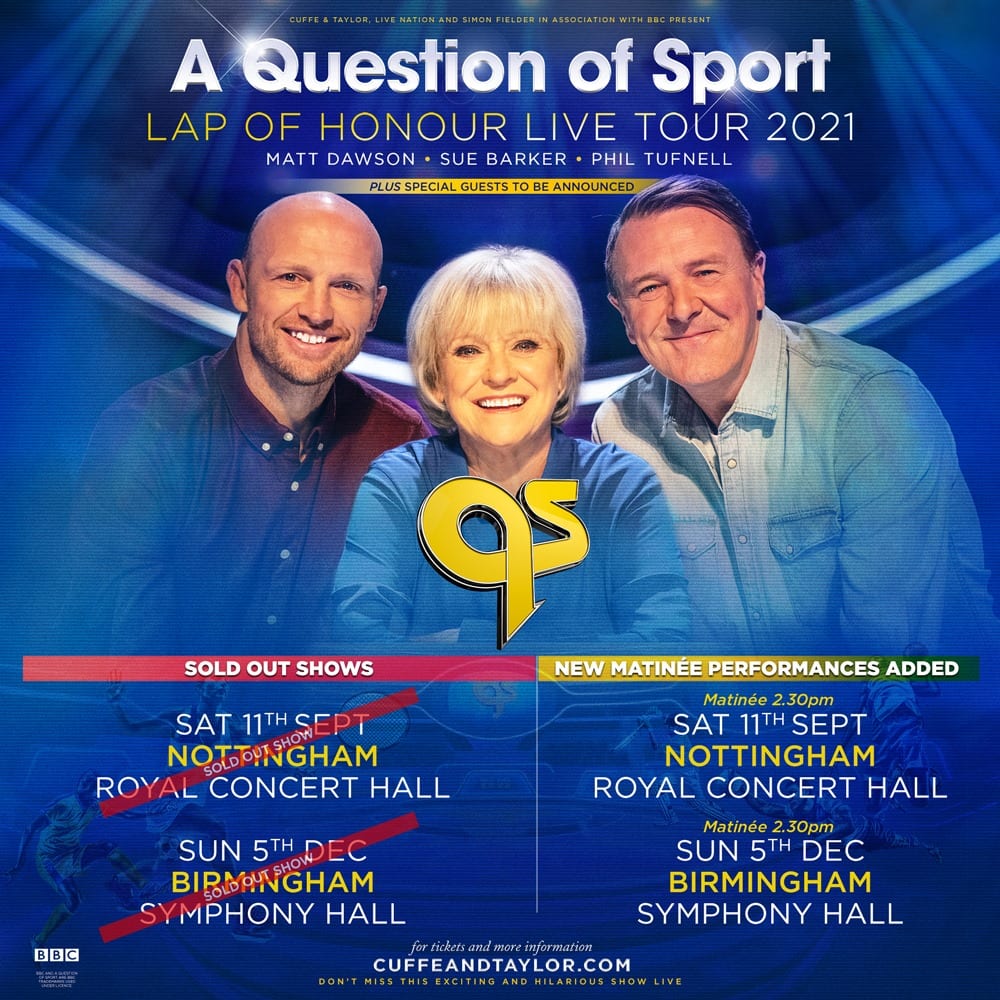 Two new shows have been added to BBC A Question of Sport’s biggest ever live tour.

Demand for tickets for A Question of Sport Live 2021 – the legendary TV show’s first live tour in a decade – has been so phenomenal two new matinee shows have been added at Nottingham Royal Concert Hall on Saturday September 11th and Birmingham Symphony Hall on Sunday December 5th.

Tickets for the new matinee dates in Nottingham and Birmingham go on sale at 9am on Friday March 26th via ticketmaster.co.uk. Last remaining tickets for all other dates are on sale now.

Starring long-time host Sue Barker and popular team captains Matt Dawson and Phil Tufnell – along with a host of big-name guests from across the sporting world to be announced – A Question of Sport Live is the perfect way for fans to see the hit show up close in a thrilling live environment.

This will be A Question of Sport’s first tour since 2011 and these unmissable live shows will be a fun-packed and joyous lap of honour for Sue, Matt and Phil who step down from the TV show this year.
The live shows follow the popular TV format featuring many of the rounds and challenges fans of the hit show know and love. This all-new live 2021 tour is brought to you by Cuffe and Taylor, Live Nation and Simon Fielder Productions in association with BBC Studios.

Ben Hatton, Director of Theatre Touring for Cuffe and Taylor, said: “This is the first ‘A Question of Sport Live’ tour in a decade and demand for tickets has been truly phenomenal.

“Therefore, we are delighted to announce two all-new matinee shows in Nottingham and Birmingham. We would advise fans to secure their tickets early as these dates will sell out.”