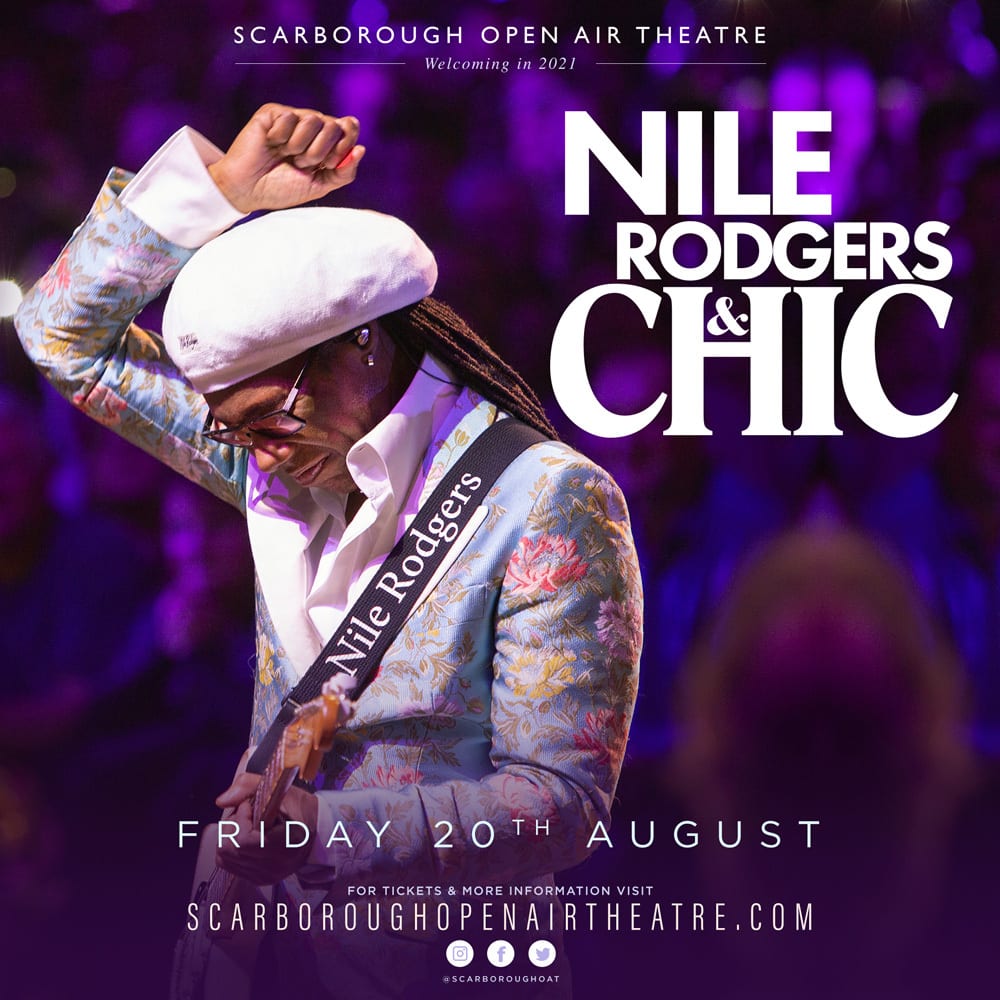 The legendary Nile Rodgers & CHIC are returning to the Yorkshire coast for a massive outdoor show at Scarborough Open Air Theatre.

Tickets go on general sale via www.scarboroughopenairtheatre.com at 9am on Friday October 9.

Nile Rodgers is a multiple Grammy Award-winning composer, producer, arranger and guitarist with more than 200 production credits to his name.

As the co-founder of CHIC, he pioneered a musical language that generated chart-topping hits such as Le Freak, Good Times and Everybody Dance that sparked the advent of hip-hop.

Nile Rodgers & CHIC are no strangers to Scarborough Open Air Theatre having played a sell-out show at the venue in 2018. They were due to play in Scarborough this summer only for the show to be cancelled due to the Covid-19 pandemic.

Nile transcends all styles of music across every generation with a body of work that’s gained him inductions into the Rock and Roll Hall of Fame and the Songwriters Hall of Fame.

His work with CHIC and his productions for artists such as David Bowie, Diana Ross and Madonna have sold more than 500 million albums and 75 million singles worldwide. His innovative, trendsetting collaborations with Daft Punk, Avicii, Sigala, Disclosure and Sam Smith reflect the vanguard of contemporary music.

“Their show here in 2018 was just sensational – they never fail to get an entire arena on their feet dancing – and we’ve had so many fans asking us to bring them back.

“Therefore, we are delighted to announce Nile and CHIC will be returning to Scarborough OAT in 2021. They are global superstars, Nile is behind some of the best known songs ever written and this is going to be a night not to be missed.”