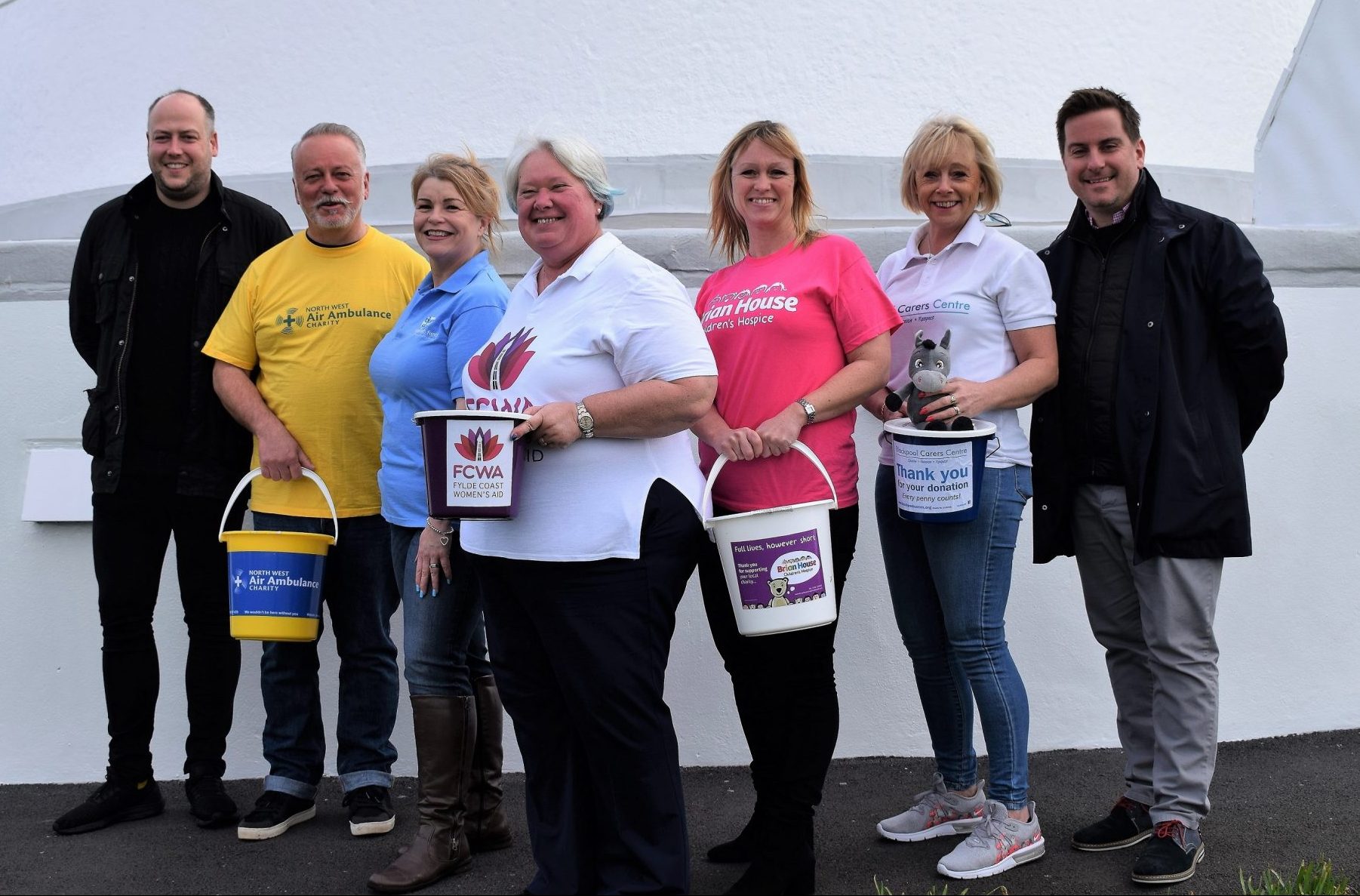 Charities across the North West will benefit from Lancashire’s biggest music festival this summer.

Lytham Festival is celebrating its 10th anniversary this year and up to 100,000 people are expected to visit the annual musical extravaganza from Wednesday July 10 to Sunday July 14.

And five charities from across the region will be represented at each of the festival’s headline concerts in the Main Proms Arena on Lytham Green when volunteers will be collecting donations.

Lytham Festival director Peter Taylor said: “We are delighted to be welcoming these five charities back to Lytham Festival for our significant birthday celebrations.

“The charities and their armies of volunteers did a sterling job last year and we look forward to their return. Previously we invited applications for charity partners each year, but we took the decision last year that our partners would be able to work with us for a two-year period before we opened applications again.

“All of these charities do a fantastic job for our communities and are there for everyone so we would encourage our festival-goers to donate to them where possible.”

Charity volunteers will be evident throughout the Main Proms Arena on Lytham Green for each headline event.

Fylde Coast Women’s Aid will be the charity partner for The Human League on Wednesday July 10, Blue Skies for Stereophonics on Thursday 11, Blackpool Carers for Kylie Minogue on Friday 12, Brian House for Rod Stewart on Saturday 13 and North West Air Ambulance for Hollywood Proms with Michael Ball and Sheridan Smith on Sunday 14.

Last year the charities raised £12,000 thanks to donations from festival-goers.

Tina Hibbard, Senior Service Manager for Fylde Coast Women’s Aid, said: “Fylde Coast Women’s Aid had a blast at Lytham Festival last year and is over the moon to be coming back to do it all again this year.  It is a fantastic opportunity for FCWA to raise money and awareness. We can’t wait to shake our buckets on Lytham Green!”

Kila Redfearn, Head of Fundraising for Blue Skies Hospitals fund, said: “We are delighted to have been chosen as one of the charity partners for Lytham Festival for the second year running.  With the help of the customers at Lytham Festival, we can raise much needed funds, that will enhance patient care in hospitals in Blackpool, Fylde & Wyre.

We would like to take this opportunity to thank Cuffe & Taylor for their continued support and wish them much success in this, their 10th anniversary year.”

Head of Business Development and Funding at Blackpool Carers, Terry Hodkinson, said: “We at Blackpool Carers Centre are absolutely thrilled to be a charity partner at Lytham Festival again.  This helps to raise awareness for the 1 in 8 adults and 1 in 5 young carers out there who carry out a caring role to their loved ones every day.  Thank you for helping us to make a better life for carers.”

Michelle Lonican, Community and Corporate Team Leader for Brian House, said: “Once again Brian House is absolutely honoured to have been chosen as a charity partner for the ever-popular Lytham Festival.

“We are extremely excited to welcome back our friend Rod Stewart and can’t wait to see him back in action on the Fylde coast.”

Laura Irving, Head of Community Corporate and Events at North West Air Ambulance Charity, said “We are delighted to be working with Lytham Festival for the second year running. The North West Air Ambulance Charity is completely reliant on public donations so all money received will help to keep our helicopters and crew operational, which means we can continue to offer enhanced medical care and help to save more lives across the North West.”

Details of how to apply to be a Lytham Festival charity partner for 2020 will be released after this year’s event.

For more information about Lytham Festival 2019 go to www.lythamfestival.com