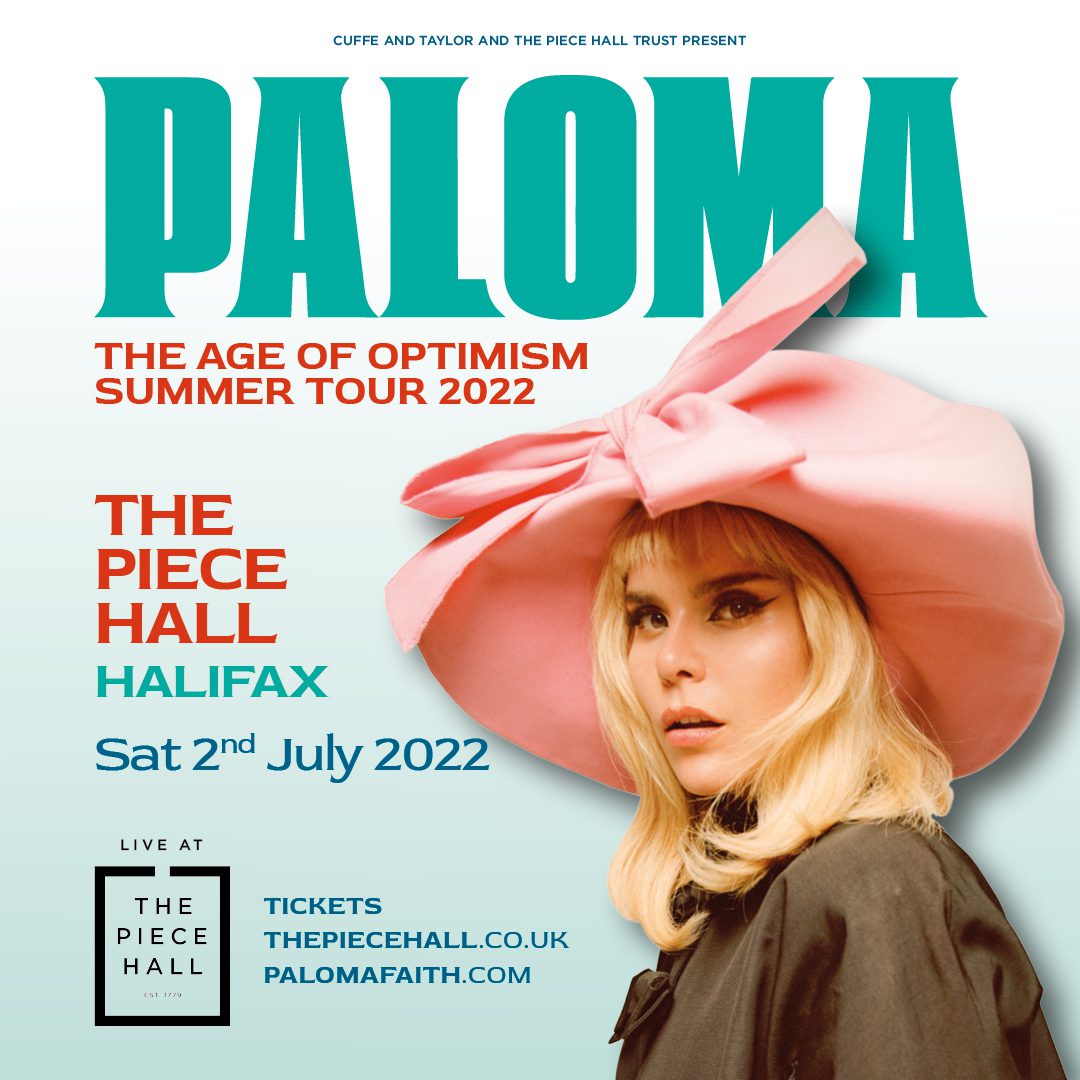 Double platinum and BRIT award-winning artist Paloma Faith will embark on a huge UK summer tour in 2022 – including an unmissable show at Halifax’s The Piece Hall.

The 23-date The Age of Optimism tour will run throughout June, July and August and will see Paloma play a number of fantastic outdoor locations including cricket clubs, city squares, parks and racecourses as well as a handful of indoor venues in cities and towns she has not visited for a number of years.

Paloma will play The Piece Hall’s iconic open-air courtyard on Saturday July 2. Tickets go on general sale at 10am on Friday October 15 via ticketmaster.co.uk

Talking about the tour, Paloma said: “I’ve been touring my recent album Infinite Things and it’s been so invigorating seeing everyone out on the road around the UK. I’ve loved playing live again and I am beyond excited to announce my Summer 2022 tour. I love nothing more than singing for you all and hearing you sing back to me. There’s nothing like it.”
Performing an array of hits from her extensive and much-loved repertoire. These homecoming shows will have fans singing along to classics such as Only Love Can Hurt Like This and Lullaby as well as new songs from her fifth studio album Infinite Things.

It’s been a busy year for the singer with Paloma releasing her BBC documentary Paloma Faith: As I Am earlier this year which received praise from critics and fans for its insight into the pop star’s life and frank discussions around motherhood. She also entered the world of interior design with the launch of her Paloma Home collection as well as filming season 3 of Pennyworth and the prequel series to Stephen Fears’ movie Dangerous Liaisons.

Paloma Faith joins music legends Nile Rodgers and CHIC and Manchester indie rock greats Doves among the headliners to appear Live at The Piece Hall in 2022 – with many more artists to be announced.

Nicky Chance-Thompson DL, CEO of The Piece Hall, said: “I’m thrilled we can announce that the outstanding Paloma Faith is joining the growing line-up of world class acts for Live at The Piece Hall 2022.

“Our stunning venue is the perfect backdrop to showcase the power, depth and beauty of Paloma’s voice. More than 40,000 people enjoyed great music here during the 2021 season and I can’t wait to see the crowds and feel that energy once again.”