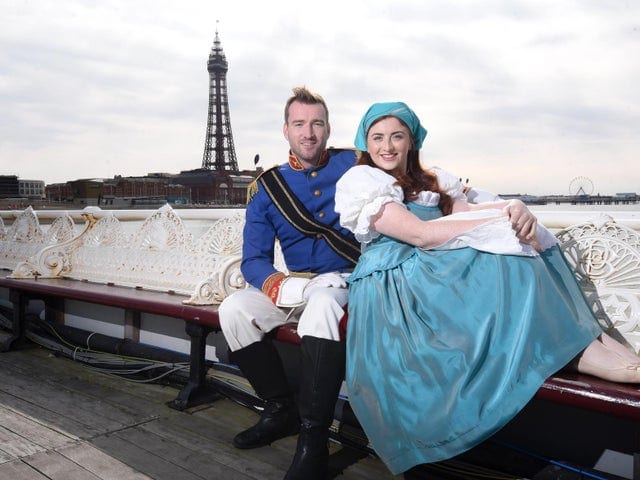 YES, YOU SHALL GO TO THE BALL THIS CHRISTMAS AS PANTO RETURNS!

Panto is back in Blackpool this Christmas… OH, YES IT IS!

For the first time in its 157-year history Blackpool’s famous North Pier will present a Christmas pantomime.

Starring Britain’s Got Talent winner and Scottish singer-songwriter Jai McDowall as Prince Charming tickets are on sale now from www.ticketsource.co.uk/blackpoolpiers 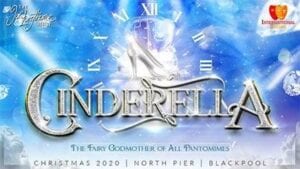 The production of Cinderella is presented by Blackpool-based International Shows who already programme events in the unique venue.

Managing Director Dominic Creighton was determined to see panto’ return to the resort this Christmas and, due to the vast size of The Joe Longthorne Theatre, the production can be staged with full social distancing in place.

Dominic said: “We are absolutely delighted to be announcing that a Christmas panto is happening in Blackpool this year and that it will be taking place in such a special venue for the very first time.

“Besides The Tower, the North Pier is one of the most striking and historic landmarks on Blackpool’s famous seafront. At the end of the Pier is a theatre which has celebrated some of the most iconic names in British showbusiness so to be bringing a Christmas panto here for the very first time, and to be doing that this year in particular, is very special.”

Featuring amazing special effects, a fantastic fairy, beautiful costumes, wicked ugly sisters and a soundtrack of hit songs you can sing along to, Cinderella promises to be entertaining from start to finish. So, polish your pumpkins, dust off your gowns and grab your glass slippers to find out if Cinderella will go to the ball.

Jai McDowall first found fame when he won the fifth series of ITV’s Britain’s Got Talent in 2011 and since then he has toured extensively selling-out shows across the UK. He is no stranger to panto and has starred as Prince Charming in Christmas productions at Windsor Theatre Royal, Leeds CarriageWorks Theatre and The Palace Theatre in Redditch.

Jai also made his West End debut earlier this year appearing in The Pirate Queen at the London Coliseum before embarking on a UK arena tour with Susan Boyle.

And he is looking forward to spending time in Blackpool this Christmas as he has visited countless times since being a youngster and has also performed at venues across the resort including North Pier.

Speaking about his Blackpool Panto debut Jai said: “This is going to be great. I love Blackpool anyway and have always had a soft spot for it. I really didn’t think I’d be in a panto’ this Christmas so I am delighted Dominic and International Shows are able to make it work.

“Going to see a panto’ is such a huge family tradition in the UK so in a year where so many shows and events have had to be cancelled it is absolutely brilliant to be able to come to Blackpool and be part of something that will be really exciting.”

The full cast is yet to be announced but joining Jai as Cinderella will be Lucy-Ella Smith from Lytham St Annes. Lucy studied Musical Theatre at the prestigious Italia Conti Academy of Theatre Arts and has supported artists including Boyzone, Michael Ball, Kerry Ellis, Lesley Garrett, Natalie Weiss, Michael Xavier and the Hallé Orchestra. She has performed in theatres throughout the UK, including Blackpool Opera House, Windsor Theatre Royal, Salford Lowry & The Other Palace (London).

Lucy-Ella added: “It’s so exciting that Blackpool is going to get a panto’ this year and the fact that it’s taking place in such an historic venue for the very first time makes it even more exciting.

“Having grown up on the Fylde coast Blackpool obviously has a very special place in my heart so I am thrilled I’m going to be playing Cinderella in what will be a magical show.”

Cinderella runs at The Joe Longthorne Theatre from Tuesday December 15 to Sunday December 27. Tickets are on sale now from www.ticketsource.co.uk/blackpoolpiers